Being a helpful type, I had agreed to survey three 1km squares as part of a national urban breeding gull survey. Two of these had been around the city, but the final one took in part of Whitlingham Sewage Works. This meant a dedicated visit, but also gave me a reason to visit one of the more neglected bits of my patch on the way, as the square in question also covered the far end of the woods.

Parking up in the woodland car park I tried to walk quickly to the part of the square that actually contains buildings, but naturally I did look at some insects on the way. These included two new Craneflies (Limonia phragmitidis and Tipula varipennis) for my patch list and a new ladybird, the bimaculata form of 10-spot Ladybird. I also found a sleeping nomad bee, which after consulting with Nick Owens turns out to be the rare-but-increasing Nomada ferruginata, which was new for me. 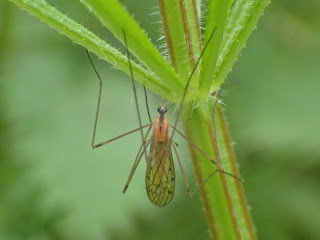 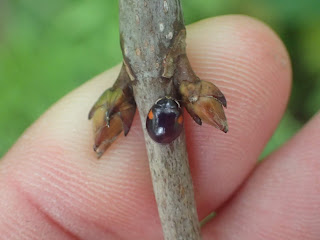 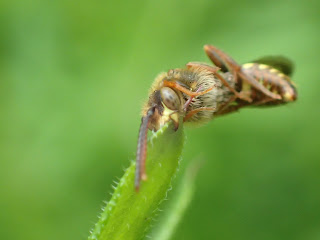 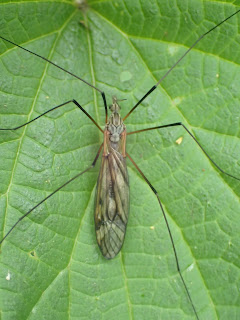 The sewage works turned out to have no visible breeding gulls, with only a handful of Herring Gulls loafing near the back (and some Black-headed Gulls, which aren't being counted for the survey). I did notice lots of Changing Forget-me-not and Bur Chervil, plus a Dolerus sp sawfly, before heading back to the car and home. 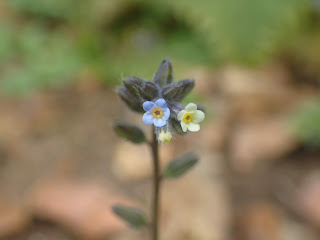 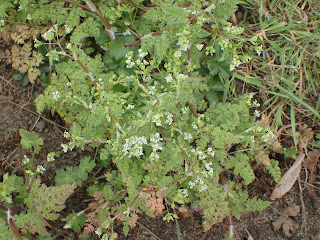 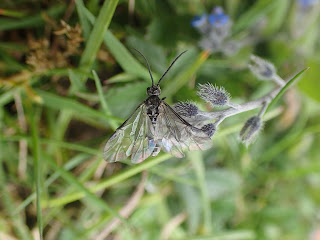