Flyover Redwings became a feature of my walks into work, whilst on the 2nd a Skylark also flew over Angel Road, calling as it went. I began noticing Craneflies on several walls around the city, all of which appeared to be Tipula confusa, a common autumn species but not one I'd recorded before. Another apparently common but new species was Narrow-winged Grey moth, Eudonia angustea. 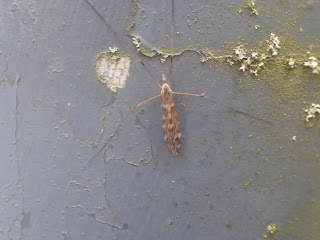 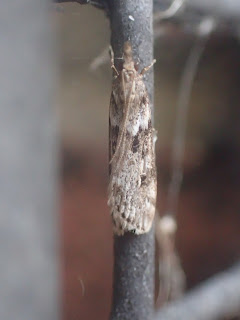