The September WeBS count didn't really turn up enough to be worth in depth comparisons with previous years - 8 Gadwall, 1 Little Grebe and 14 Coots were the only signs that winter was approaching.

Having found Giant Willow Aphids nearby earlier in the week I kept an eye out for them here, but didn't see any. I did however find several aphid colonies of distinctive species, Variegated Oak Aphid (Lachnis roboris) on Oak and Black Willow Aphid (Pterocomma salicis) on Willow. I also spent a bit of time scrutinising Scot's Pine on the hope of finding 18-spot Ladybird, a common species that I had never seen. Pleasingly I did manage to find one - new to me but not to Whitlingham as Tim Hodge has recorded it here before. 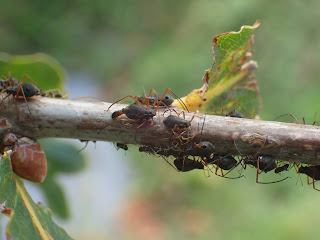 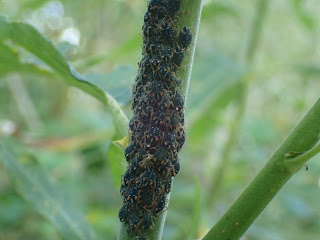 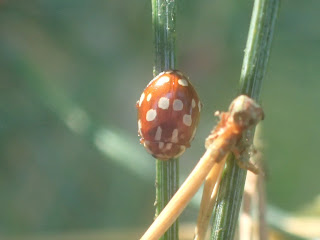 On my way back to the car I noticed some roll rims growing under Alders. In the past these have been called Paxillus rubicundulus, but since their initial discovery that species has been split into three. I checked a specimen and as expected it turned out that these were actually Paxillus olivelllus, the commoner of the new species. 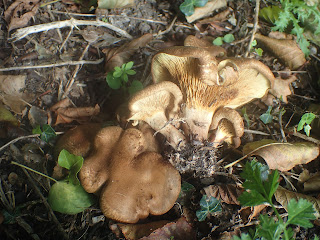