A busy week at work, compounded by the knowledge that a Black Redstart was present on my estate during a couple of the days and would have either been visible from the house or possibly even on top of it. Bird sightings on the way into the city have increased, with Sparrowhawks seen on several days, a Kingfisher along the river at New Mills and unexpectedly an Egyptian Goose on the building adjacent to Chapelfield Gardens! 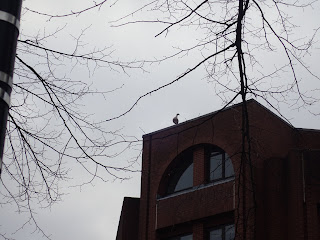 Other wildlife sightings included a new site for Collared Earthstar (Geastrum triplex) - under some trees near the Sainsburys on Queens Road, and a small orange bryophilous fungus growing on a mossy wall, identified by George Grieff as Octospora coccinea s.l. 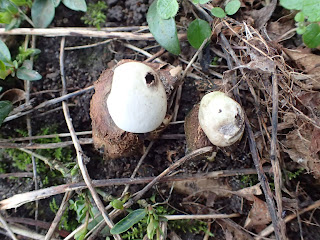 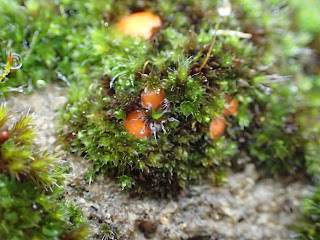 Throughout February there had been a flock of White-fronted Geese on the marshes at Postwick. These were quite close to Norwich as the crow flies, but quite a trek following footpaths or roads, so I had grudgingly ignored them. During the early part of March there seemed to be a movement of White-fronted Geese south of Norwich, including one that spent a few days at Marston Marshes. Marston is on the edge of Norwich a similar distance away to Whitlingham or UEA, so I went for a walk there and fortunately the White-fronted Goose was still present along the river, an excellent bird for the Norwich area. I also saw my first Ring-necked Parakeet of the year there, and some large aquatic snail shells on flood debris that Mike Hoit had already identified as Lister's River Snail. 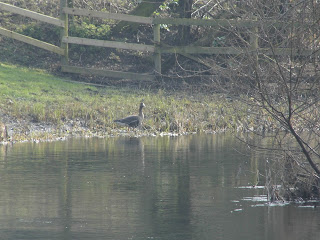 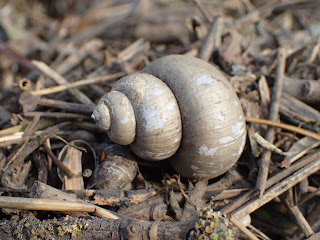