Oh go on then, I'll go and see the Stilts

Today was going to be a relatively straightforward couple of hours at Whitlingham before it got stupidly hot and busy. I was up early and getting ready to go when I got a text from Gary about 5 Black-winged Stilts at Titchwell. Nice birds, but too far, still going to Whitlingham. A second text announced they had buggered off east. Fair enough, definitely Whitlingham then. Next a knock at the door from Adam "get dressed we're going to Titchwell, Black-winged Stilts!" Titchwell it is then. 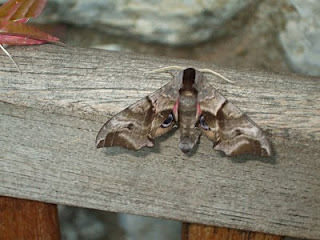 We arrived to find Paul Eele emptying last nights moth trap. Loitering around for a few minutes we saw four different Hawk Moths and loads of others that never visit my actinic trap. Moving on towards the freshmarsh we joined the end of the line watching the Black-winged Stilts. Five were present, but I never saw more than four at any one point. My only previous Stilt was Sammy here about six years ago. They were showing so well I took this photo: 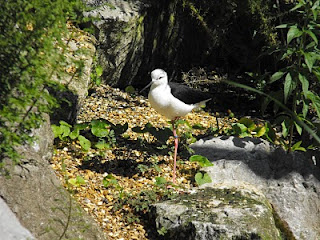 Whoops, wrong photo. In birding terms "showing well" means "visible." I had gone before the Gull-billed Tern did its flypast, which is a shame. 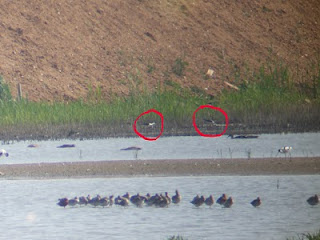 [Edit] I went on my planned visit to Whitlingham in the afternoon, and as predicted it was hot and full of scantily clad people (not a good thing), with an added sewagey smell. The only thing of note was a newly fledged brood of Whitethroats sitting in the brambles near the river.