WHITLINGHAM: Brent still, and a Buzzard

25th February 2012
Whitlingham was very busy this morning, with some sort of big canoe race on.  Even the woodland carpark was full, as people gathered to watch the canoes.  I wasn't overly bothered, I was hoping for a mega flyover (GW Egret upriver, Glossy Ibis downriver, WT Eagle maybe still in the county).  The Brent Goose had reappeared around the carpark, feeding on the grass bank and then later on the broad.  A squealing Water Rail was the only bird of note near the bird screen, and the usual common ducks were on Thorpe Broad.  After a brief word with Richard on Whitlingham Lane I had a look around the small wooded areas, and was rewarded with a Buzzard (being mobbed by the local Jackdaws) and a Coal Tit, which flew into the large oak in the carpark. 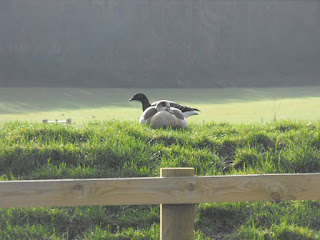 Making friends with the locals 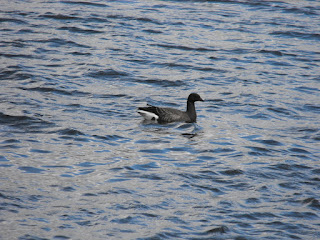