11th February 2012
Finally the weekend was here, and I hadn't looked forward to a patch visit as much in ages.  The Great Broad was mostly frozen, but there were two big holes in the ice, into which all of the wildfowl had crammed.  The Brent Goose was still around, allowing some good photos.  I met Shaky and Adam and we had a leisurely wander round, picking up the Smew as it flew along the river, and later when it settled into one of the holes.  Paul W joined us, and whilst watching the Smew Shaky picked up a Water Rail along the far shore and I found a male Tufted Duck x Pochard hybrid.  Another cracking local visit. 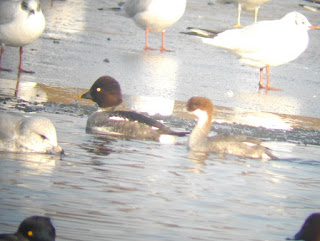 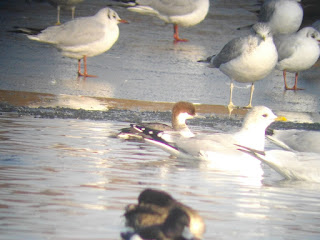 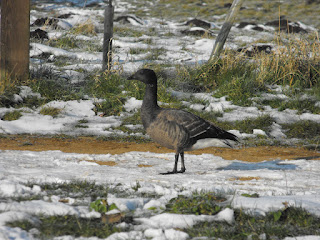 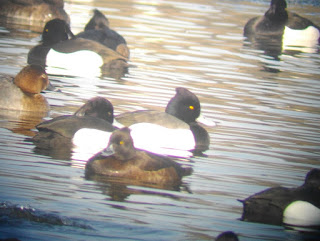