Cathy, Margaret & I went to the North Norfolk coast today, and after a pleasant walk around Titchwell (seeing Water Rail, lots of Pintail and a selection of commoner waders) we headed on to Holme to look for the first of my '30 interesting things'.

The target was Winter Stalkball. Unless you are particularly interested in fungi you are unlikely to have heard of the stalkballs, but you may well have heard of their commoner relatives, the puffballs. Puffballs are mostly spherical, and when their spores mature they are puffed out and spread by the wind when the puffball is fully mature or is disturbed (for example by an animal or heavy rain). Puffing spores into the air is a good strategy, but clearly the higher the puffball, the further the spores can go. Some puffballs have a thick stipe* to help raise them higher, such as this Common Puffball, seen at Whitlingham this autumn. 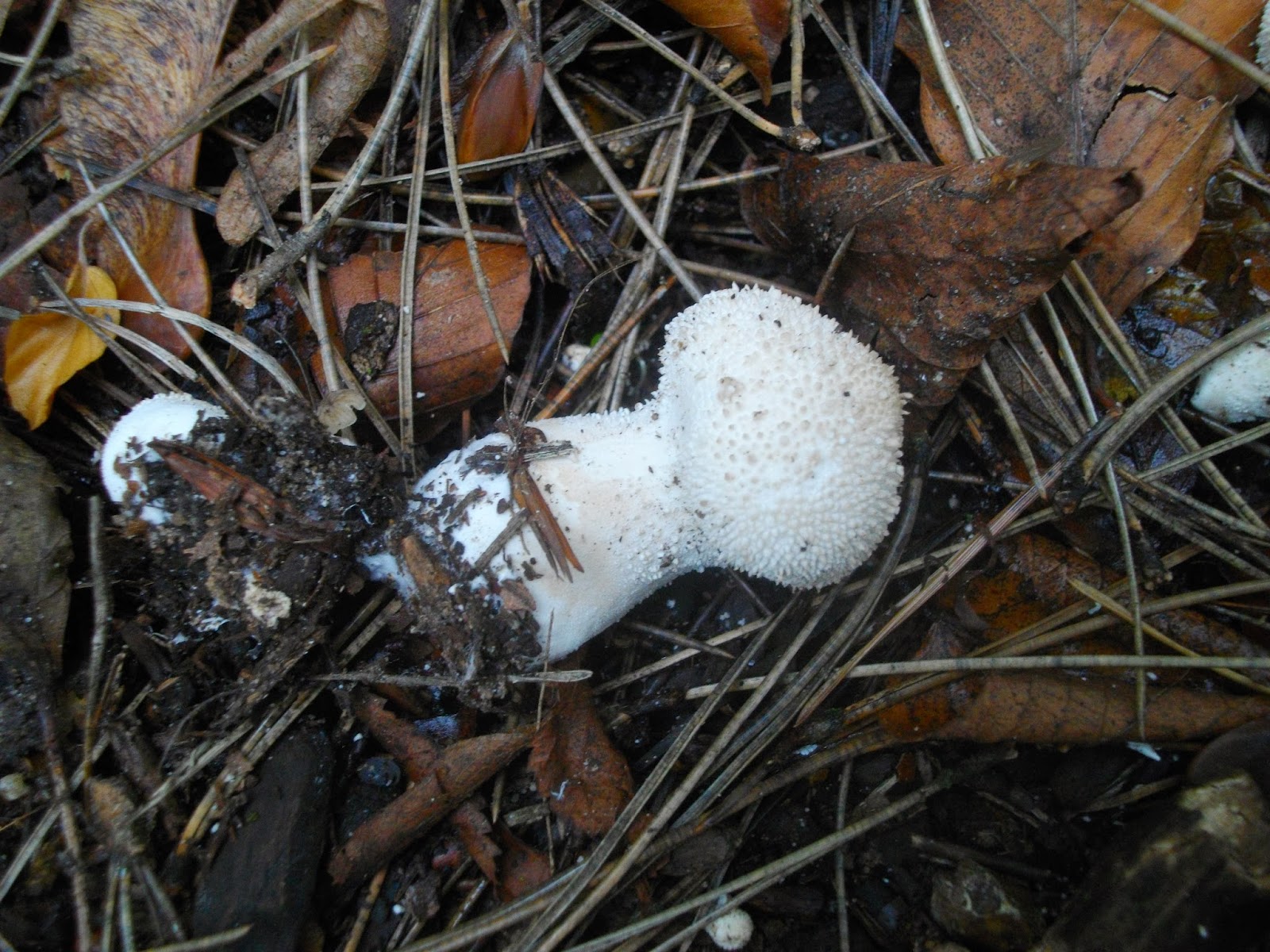 There is a small group of species that have gone one better and developed a long stipe relative to the main 'ball'. The best known of these is the Sandy Stiltball, which despite being rare and indeed protected by law, is known from several sites in the county, including one on the edge of Norwich. I have previously blogged about it here. The Sandy Stiltball can grow up to around 40cm tall, but the Winter Stalkball that we were looking for only grows up to 5cm tall. In fact, the top of one looks rather similar to a sun-bleached rabbit dropping! In Norfolk Winter Stalkballs are only found at a few coastal dune systems, and are easily overlooked, so I was grateful to Rob for his help, allowing me to connect with this interesting species. 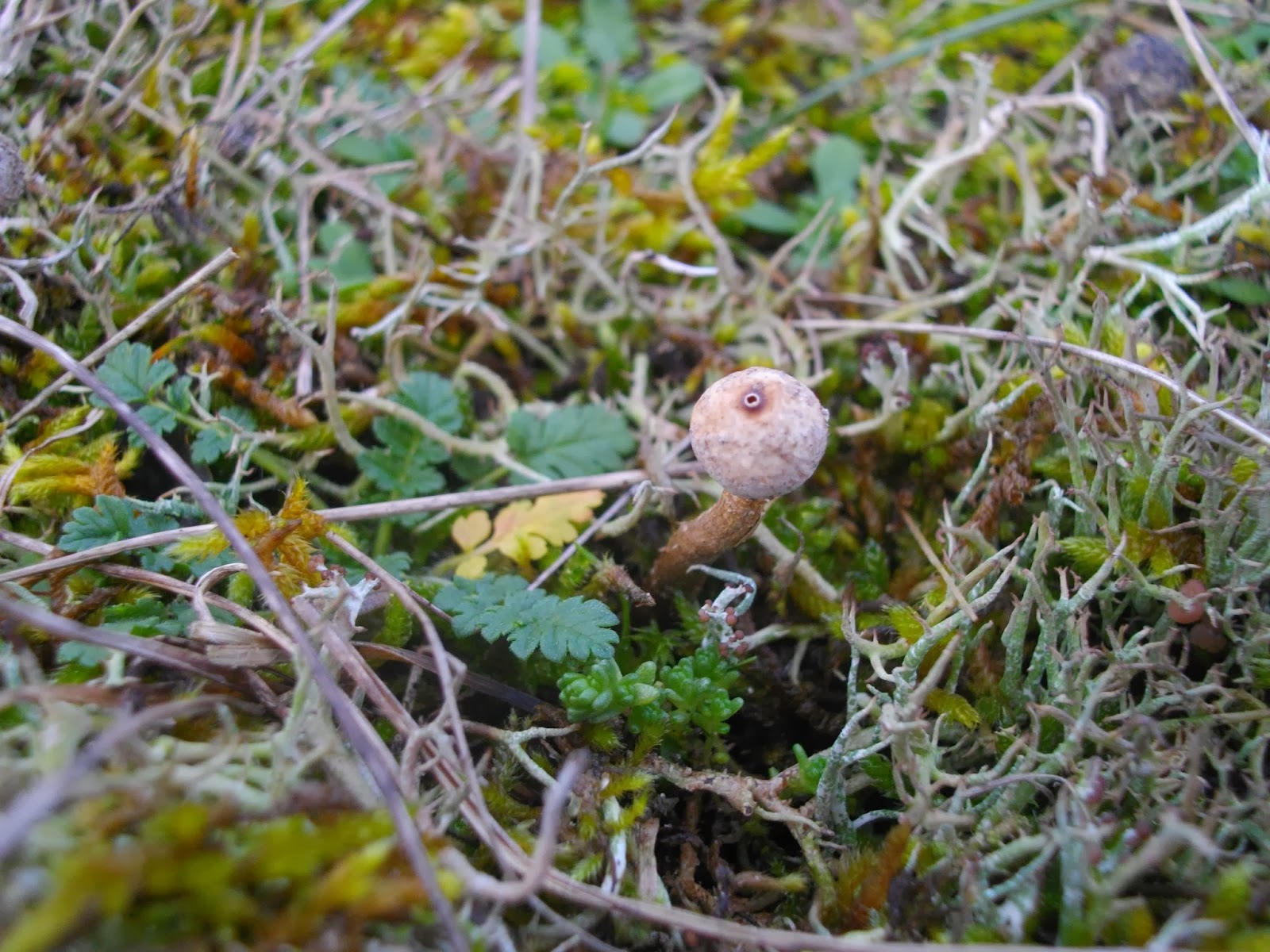 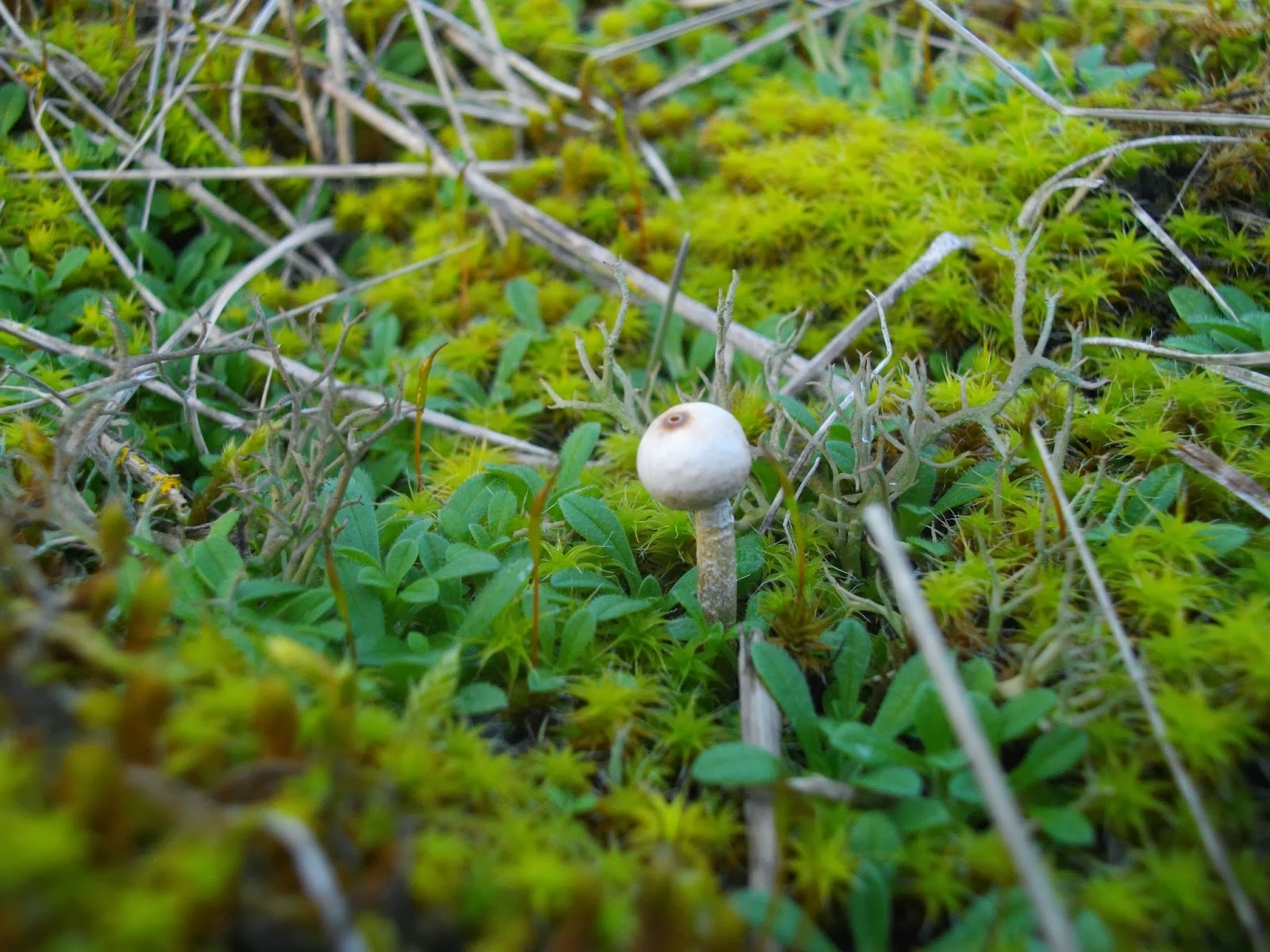 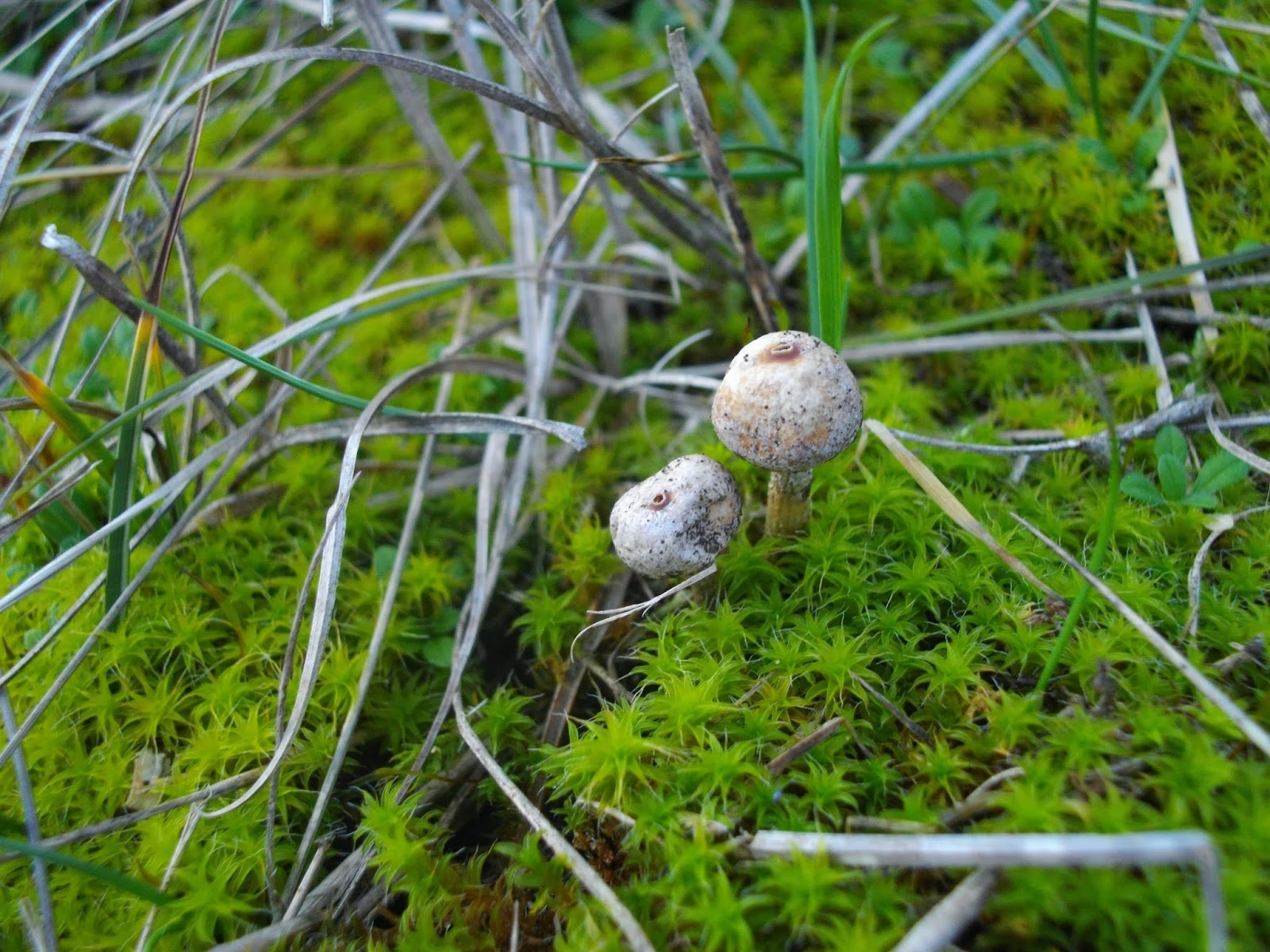 * 'Stipe' is the usual mycologist's** term for a stalk
** A mycologist is someone who studies fungi.
Posted by James Emerson