Despite the continuing mild weather I went down to Whitlingham in the hope of some new wildfowl (there was a Black-throated Diver at Barton the previous day, plus a few Goosander around the county). Once again there was no sign of any Water Rails along the Little Broad shore, but I did get excellent views of a Sparrowhawk that skimmed low along the ditch before perching up half way along. On the broad itself the large flock of Gadwall were still spread out, and a couple of Shovelers were along the far shore.

On the Great Broad the ducks were mostly Tufted Ducks, with around 25 Pochard and a scattering of Teal in the conservation area. Four Little Grebes were bobbing around in the favoured area in the north-east of the broad, and a couple of Great-crested Grebes were also present, along with a half-submerged Grey Heron. On my way back I walked along the Little Broad and heard a Treecreeper calling nearby. I noticed it on a tree a couple of feet away, and got excellent views as it systematically crept up the nearby trees, never getting more than half way up before flying down to the bottom of the next one.

Sparrowhawk, Little Grebe and Treecreeper were new for my patch list for the year (40) and took my foot it list to 43 (having seen Collared Dove, Jay and Redwing elsewhere in the city). 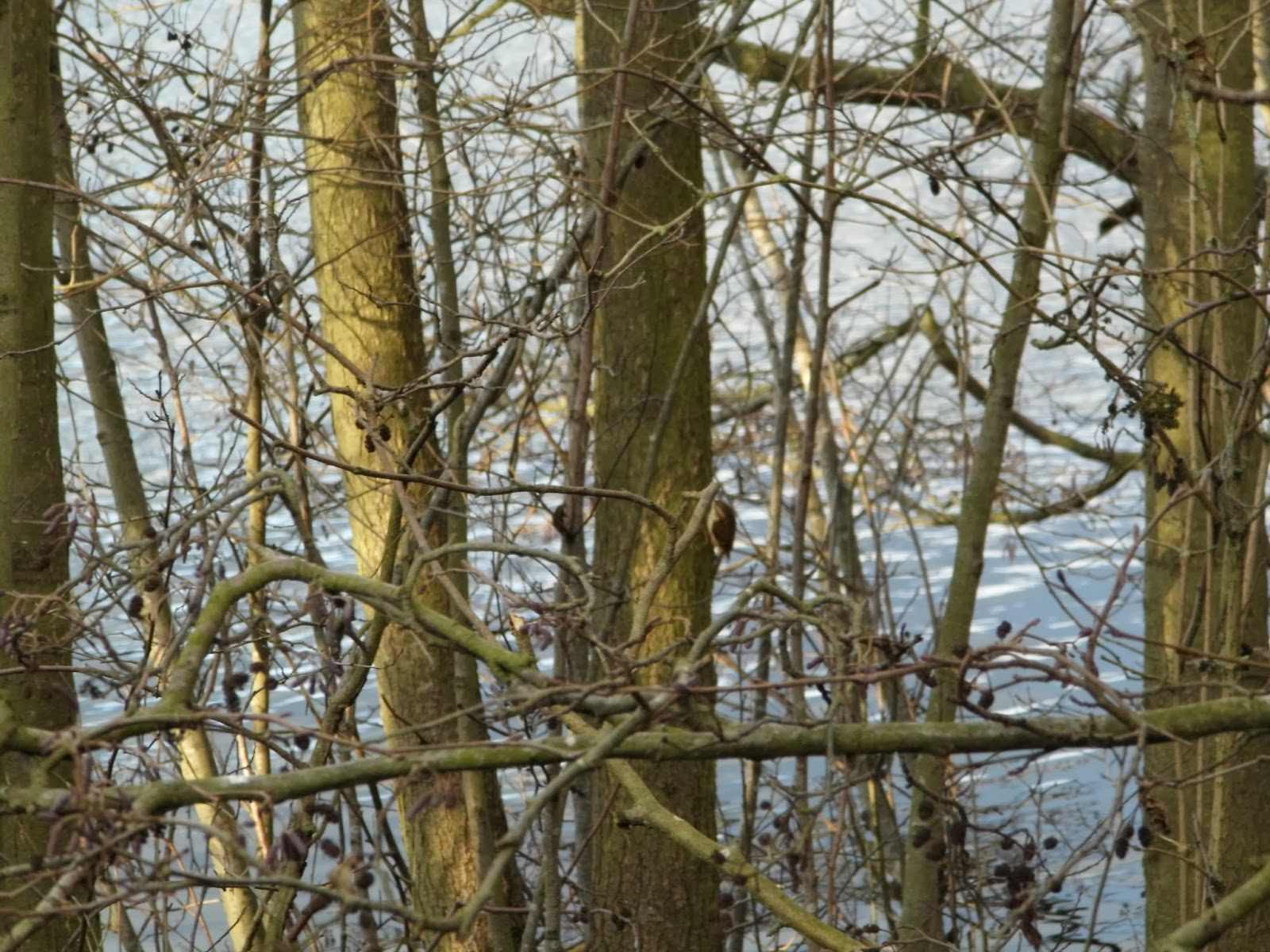 Out of focus because of all of the branches, but gives the impression of the view