This morning Cathy, Margaret & I went to Strumpshaw Fen for a moth morning. We had been to one here previously in August, so I was hoping that the difference in date would result in some new moths. Ben had put two traps out, one in the woodland and one in the fen to ensure a bit of variety. In all we recorded just over 60 species, including ever popular species like Poplar Hawk, Elephant Hawk and Garden Tiger. A Pine Hawk Moth was a bit of a surprise. We did see some new species too: Dark Umber, Dark Sword-grass, Small Wainscot, Fen Wainscot and Bordered Beauty. Thanks to Ben & Strumpshaw for putting on this event. 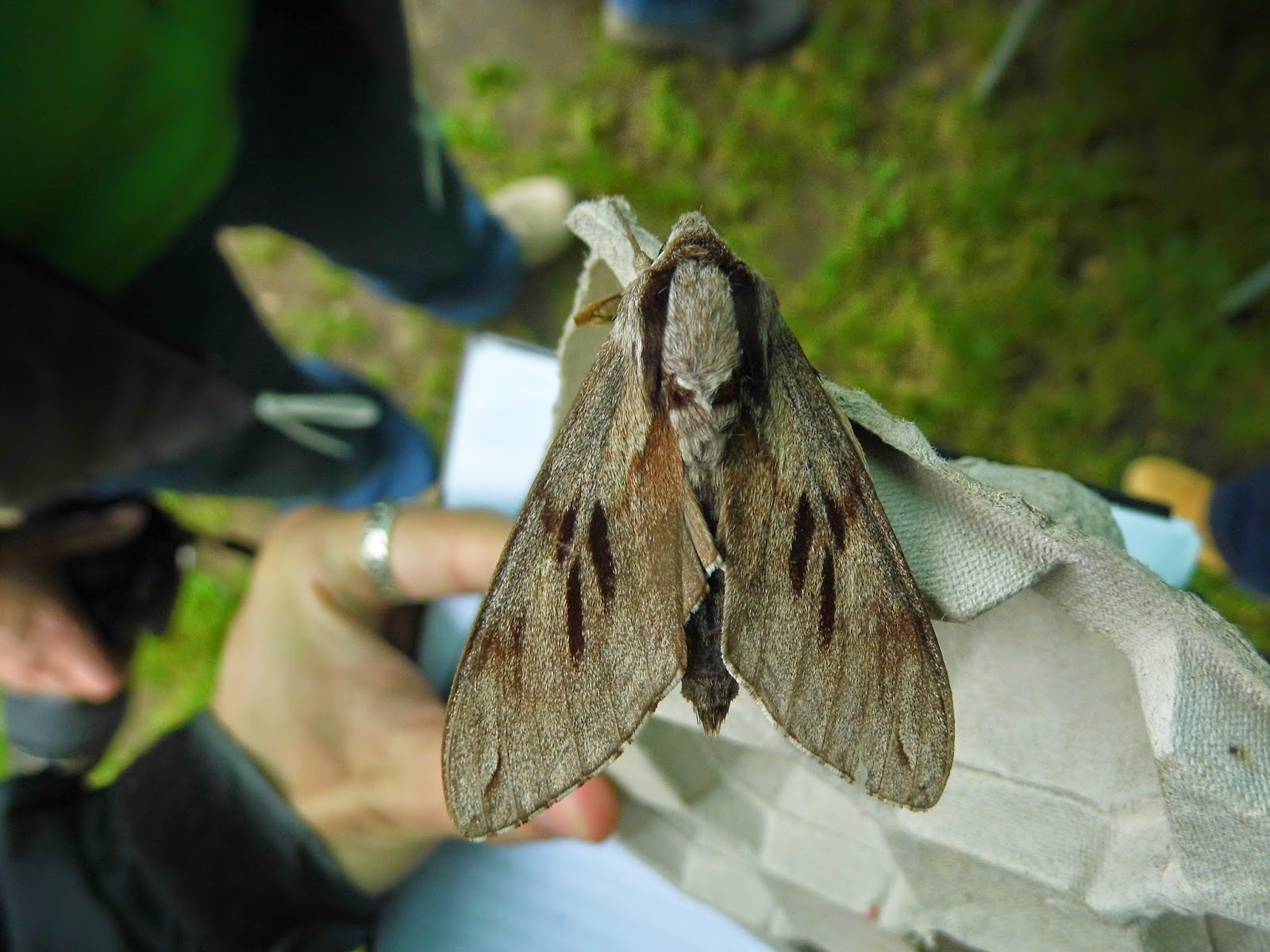 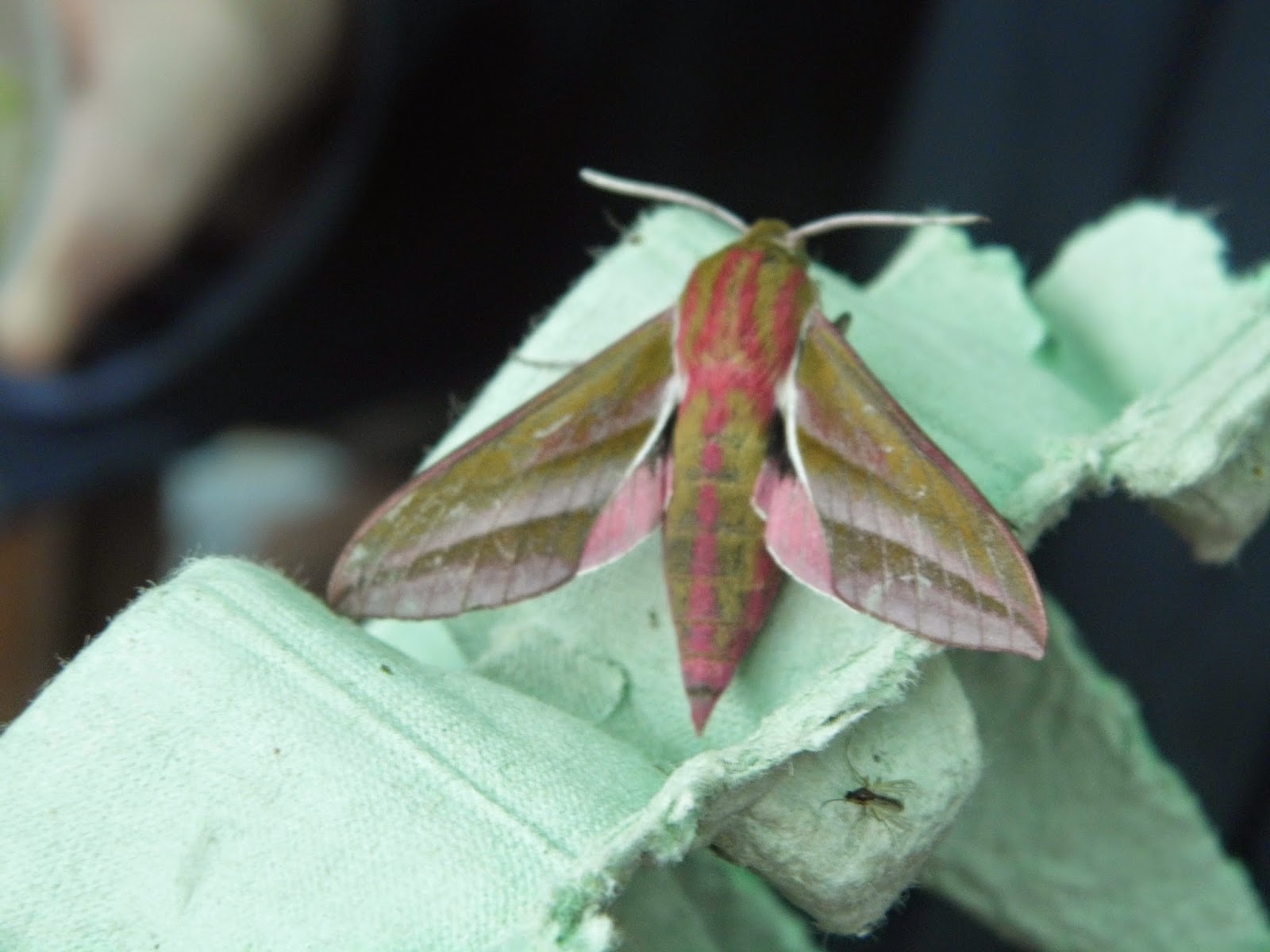 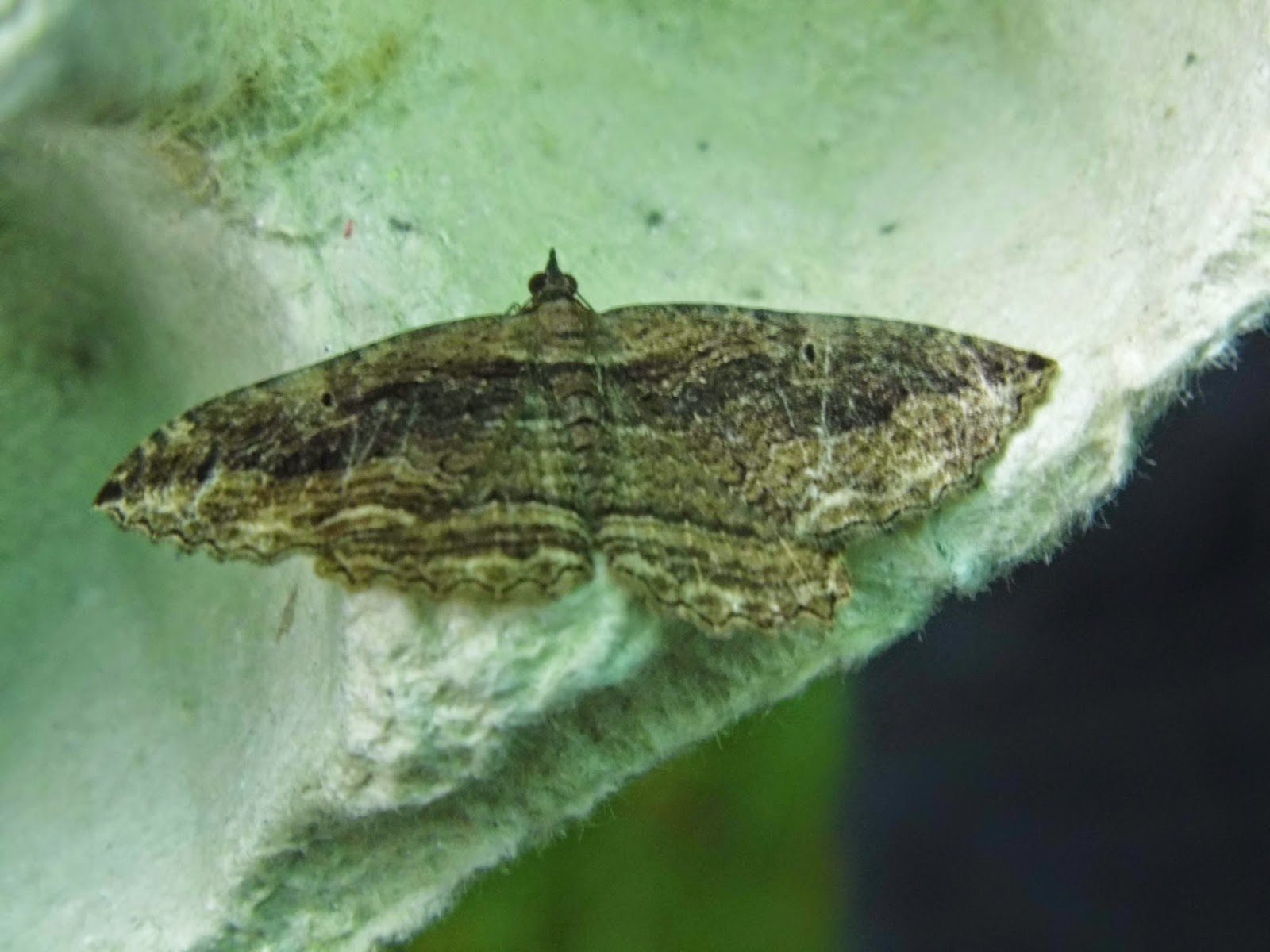 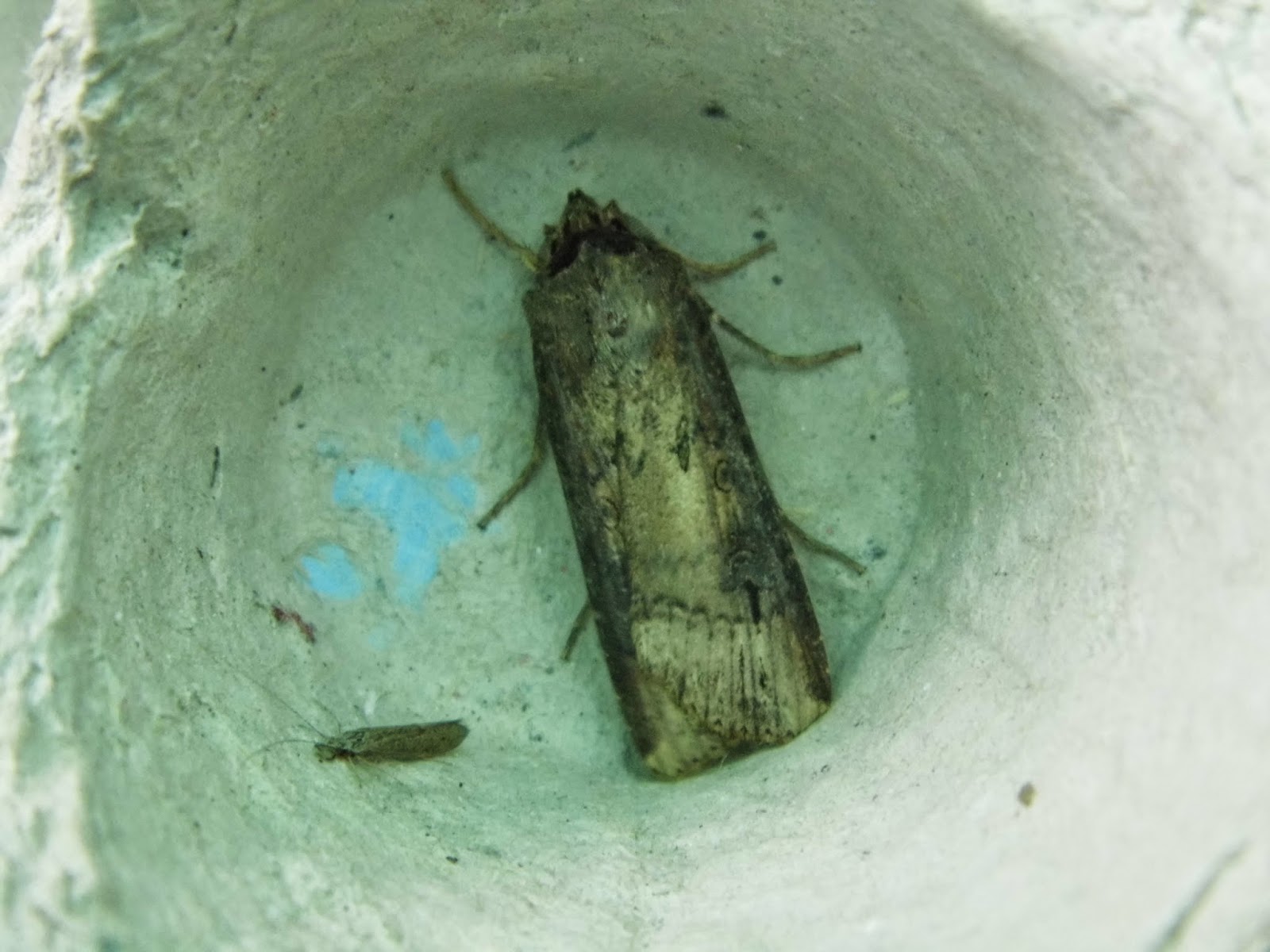 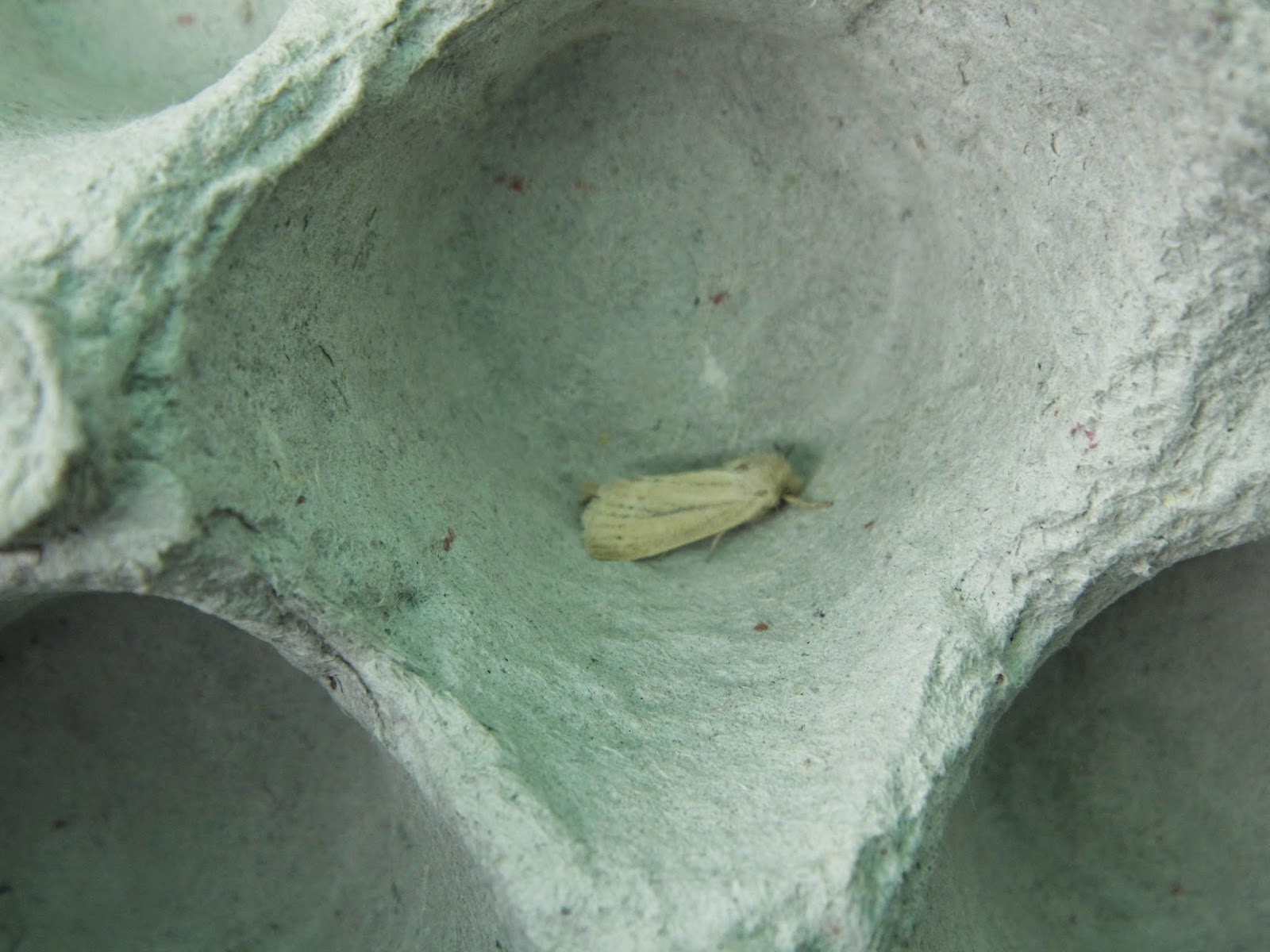 Before going home we made a diversion to inspect some poplars in case there were any emerging Hornet Moths. I didn't see any, or any sign of exit holes on the trees I examined. I know of a couple of sites near the coast that are good for Hornet Moths but if anyone knows of a site near Norwich then please get in touch! We then went onto a nearby site for another one of my target species for this year, Small-flowered Catchfly. I found a number of plants, mostly over, but a few still showing the delivate white-and-pink flowers. 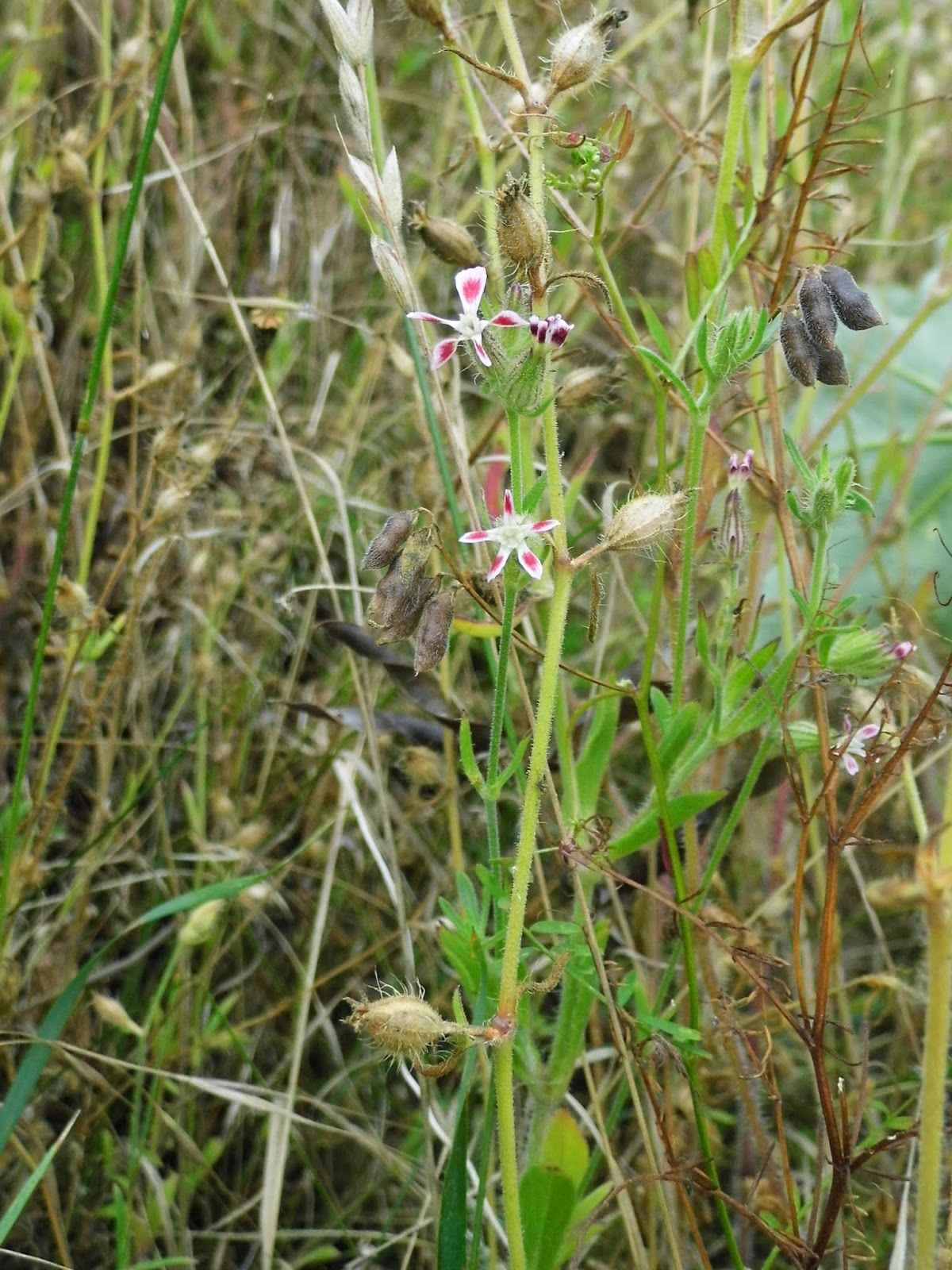