Cathy, Margaret & I began the day at Titchwell to see the opening of the moth traps. Just over 30 species had been caught, most of them fairly common stuff, but there was a new moth for me in the form of Sharp-angled Peacock, along with my second Chinese Character.

After the moth trapping we walked down to Island Hide to look for the Spotted Crake. On the way Cathy noticed the constant buzzing sound of a Roesel's Bush Cricket, which we found at the edge of the path. We waited a little while for the Crake without success, and on our way back we saw two Wall butterflies. My infrequent coastal visits mean that I don't often see Walls anymore (when I was growing up we used to get them in the garden in North Walsham!) so it was a nice butterfly to see. 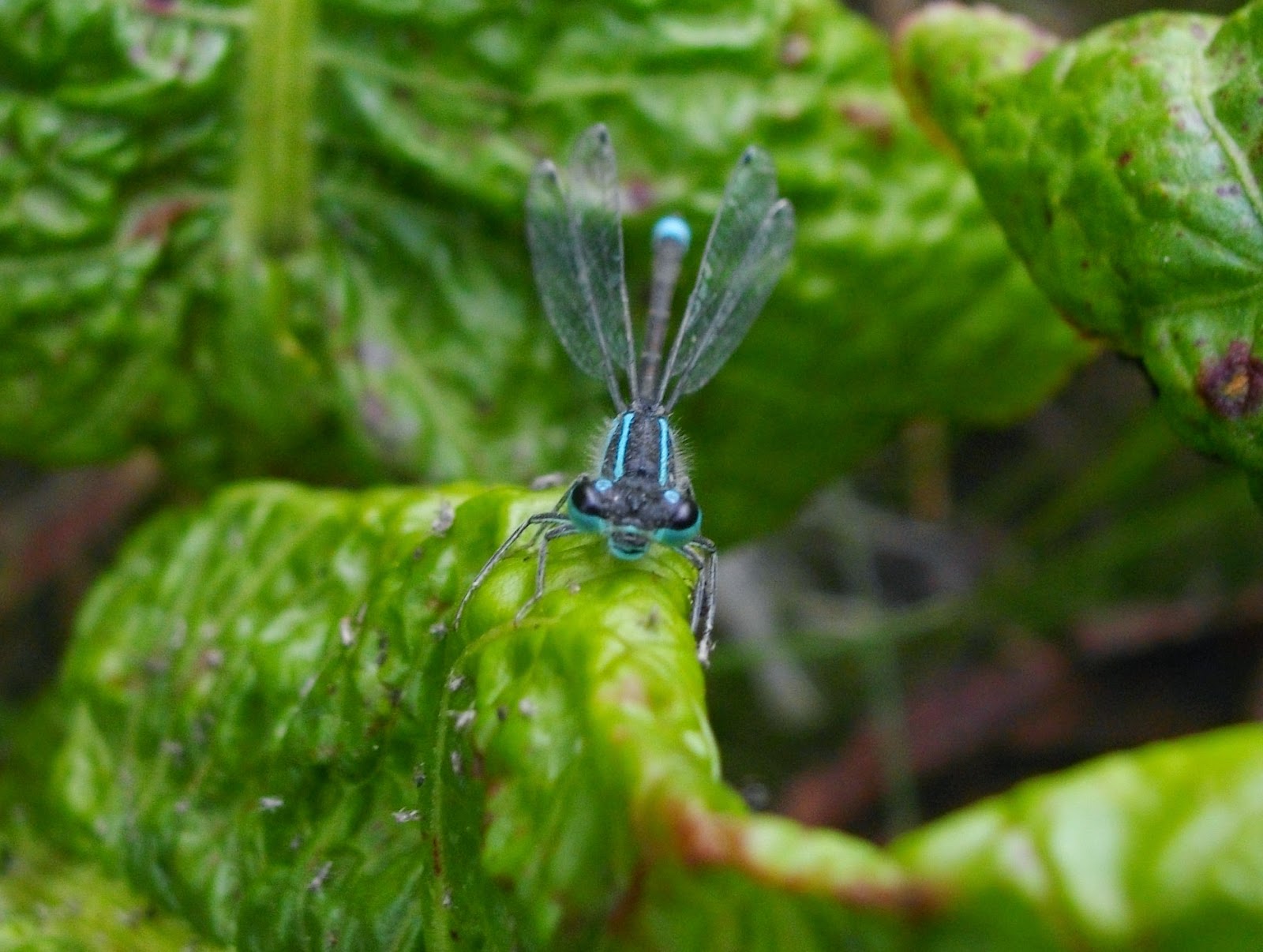 
After Titchwell we headed along to Cley visitors centre for lunch, noting the flock of Spoonbills on North Scrape. We then carried on to Holt Country Park, where I was hoping to photograph White Admirals and Silver Washed Fritillaries. When I had last came looking for the Fritillaries they had only just begun to establish themselves here and I got a couple of very brief views, so I was delighted to see that around 10 were on Buddleia in the car park. Photographing them proved a bit harder, as they seemed to prefer the higher buddleia flowers and some of them were rather tatty. We watched as one Silver-washed Fritillary flew across the car park being constantly orbited by another (presumably a male around a female?) - very interesting behaviour to watch. I didn't see the brassy variation valezina, although one of the females showed a decent green tinge. 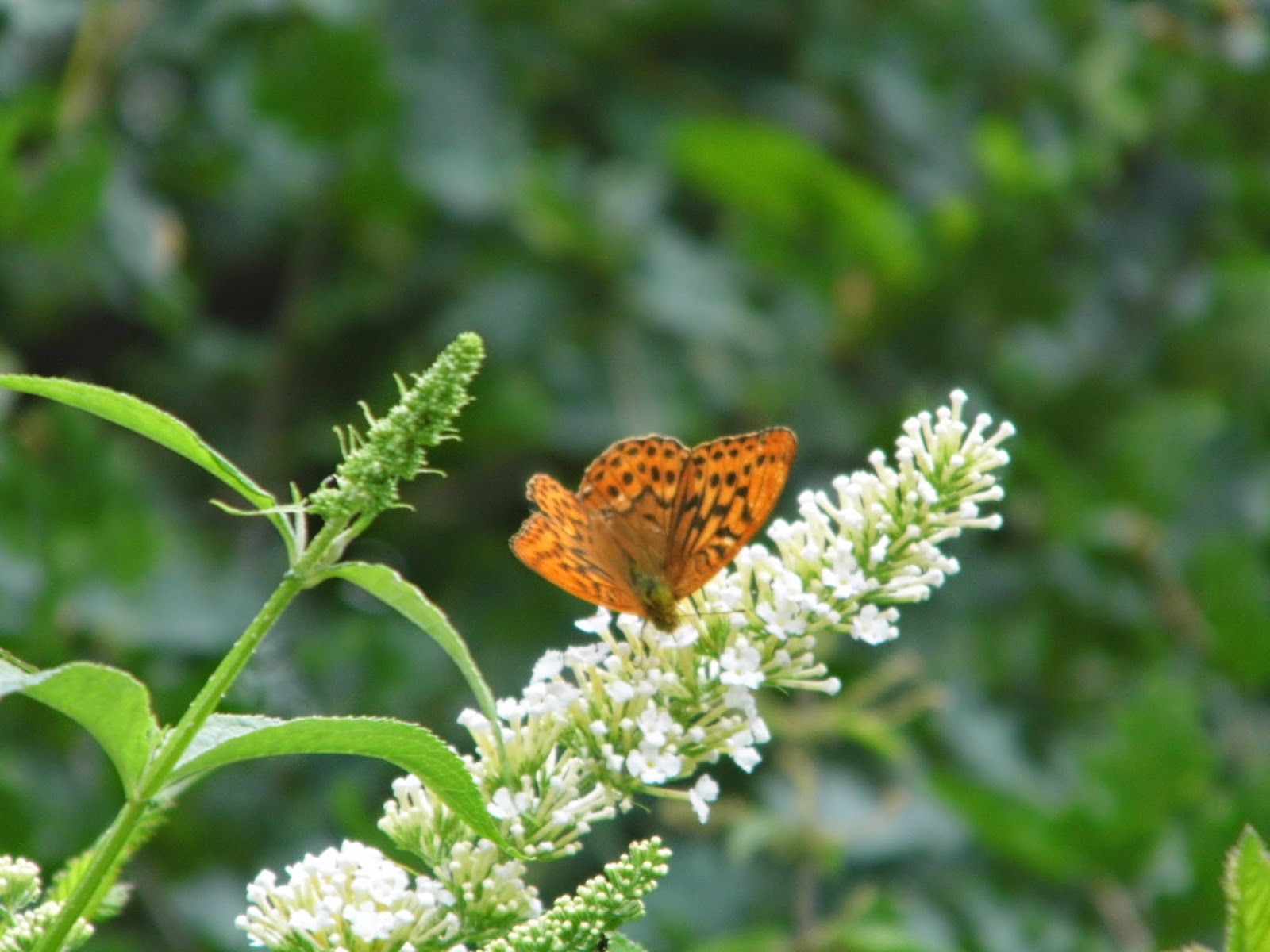 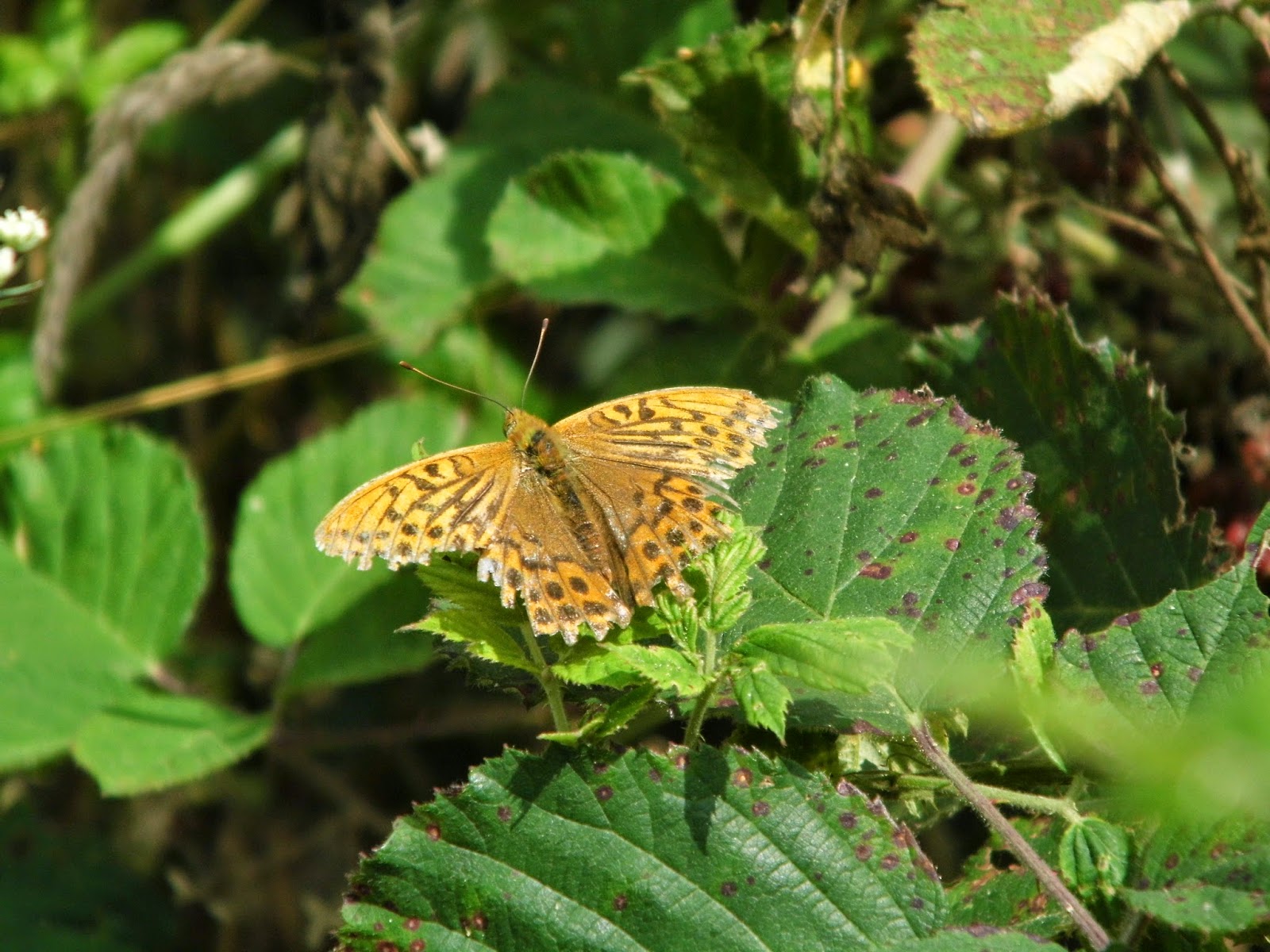 Whilst watching the Fritillaries a White Admiral flew in. Probably my favourite butterfly, partly because of how exotic it looks despite the monochrome, but also for the stately manner that it flies, gliding sedately over the flapping masses of other butterflies. We saw three in the end, and I did get my photos. Cathy had brought a backpack with butterflies on it, which attracted a Comma in for close views. Walking over to the visitors centre I finally got a good Silver-washed Fritillary picture as one landed in front of me. We also saw some other interesting insects, including a male Wood Horntail. Just before leaving I noticed a Grayling in the car park, the first non-coastal one I've seen in Norfolk for a while. 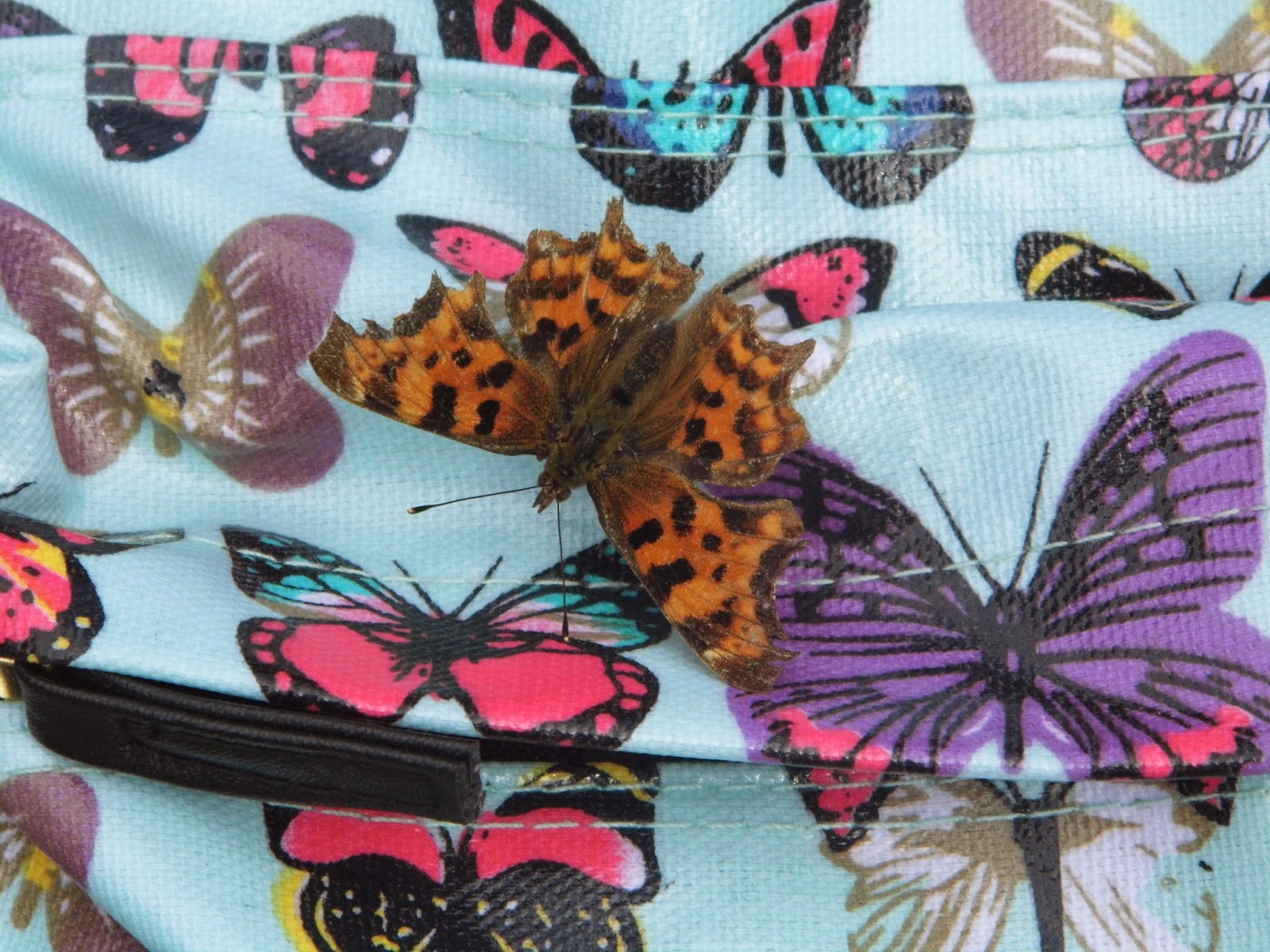 Spot the real one... 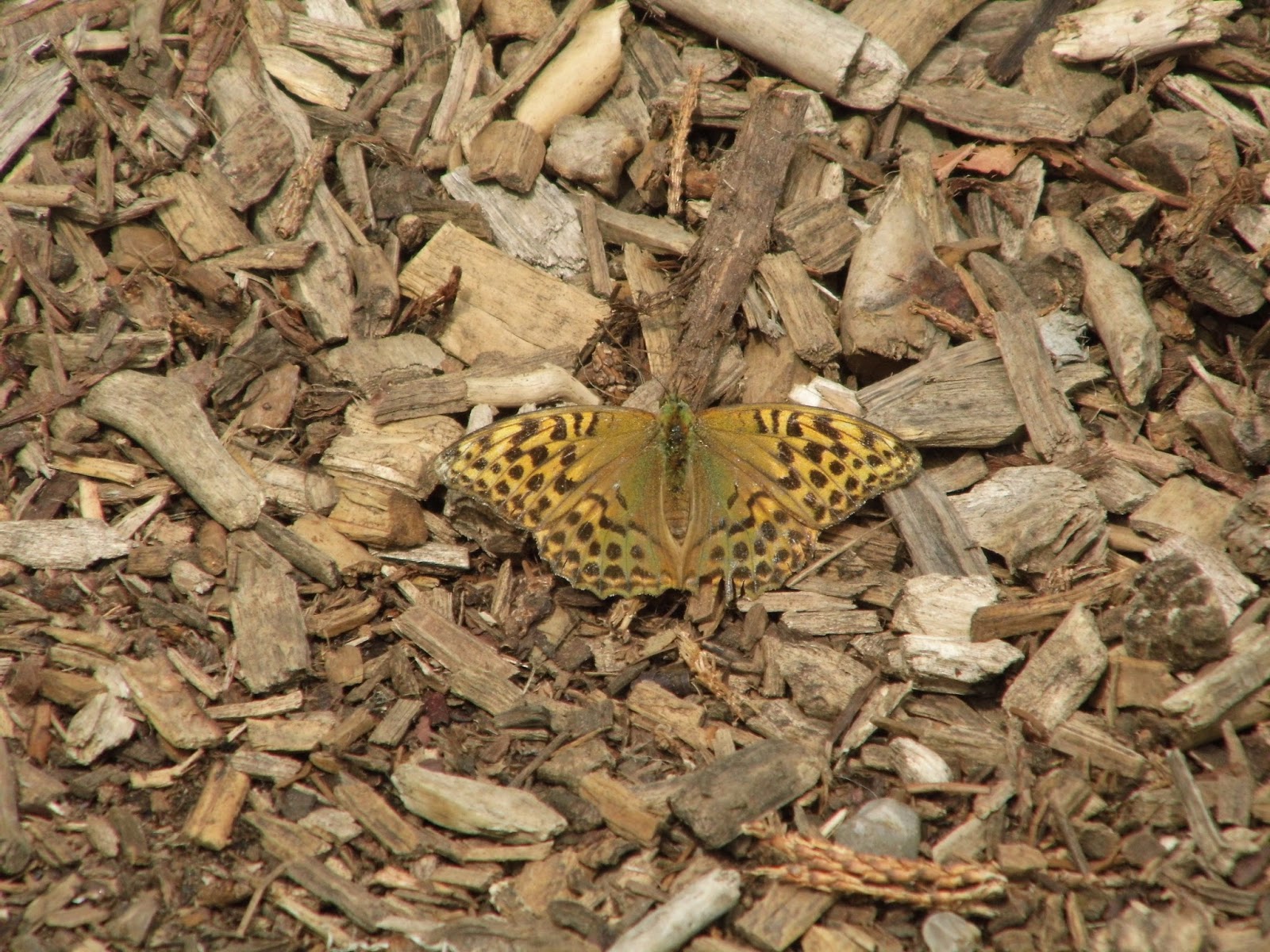 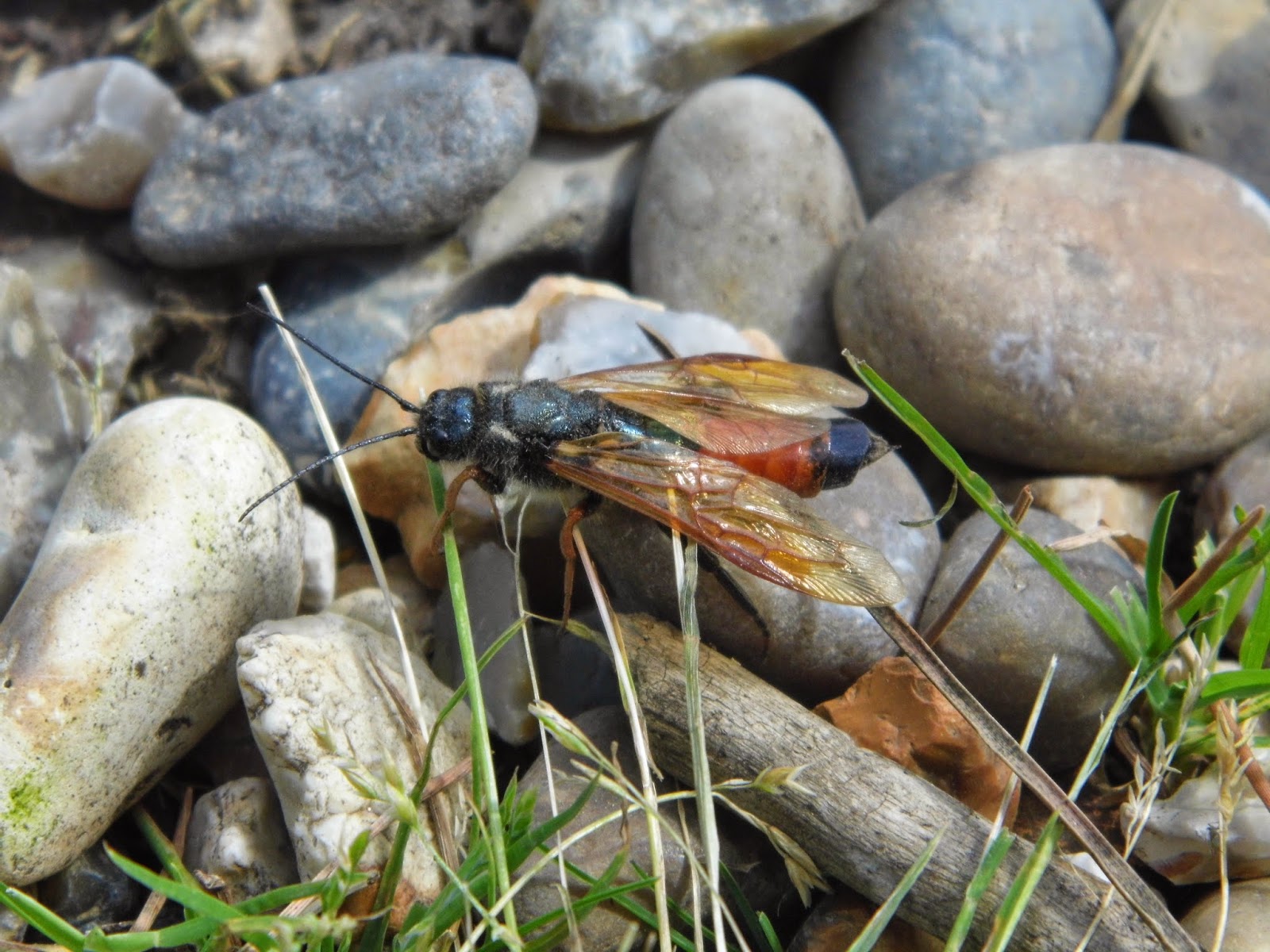 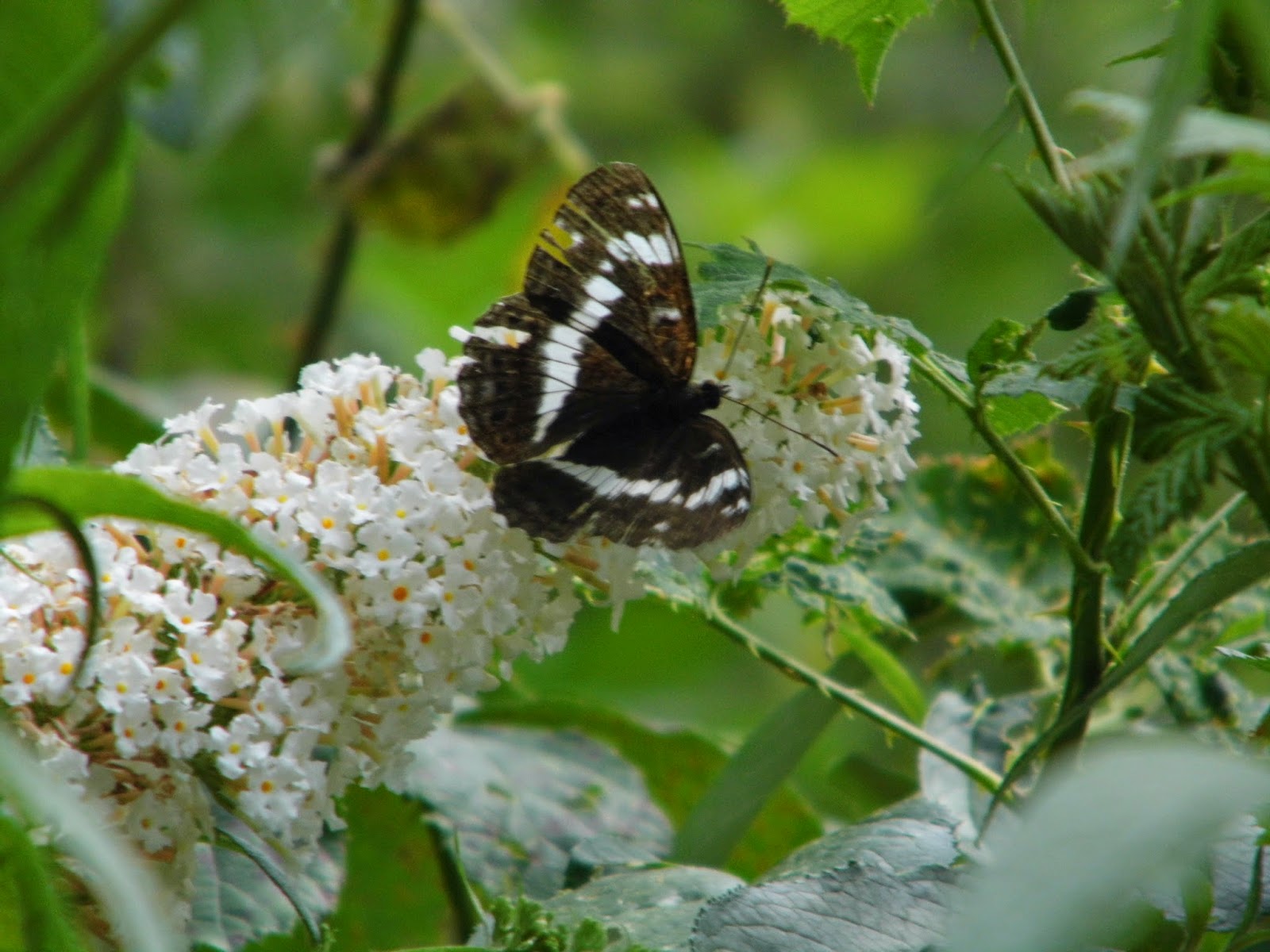