Saturday saw the much anticipated (by me at least!) mini-bioblitz at Whitlingham. It also saw a change in the weather, with the warmest week of the year ending with persistent rain. Cathy & I made up half of the non Broads Authority/NBIS staff who braved the weather for the opening of the moth traps. Two traps had been left out, and between them around 60 species had been caught. Two of them were completely new for me, Buttoned Snout and Wainscot Veneer, whilst many more were species that I hadn't seen at Whitlingham before - I shall update the Butterflies and Moths page accordingly in the next few days. Particular thanks to Phil Heath for setting up the traps and going through the catch in the morning. 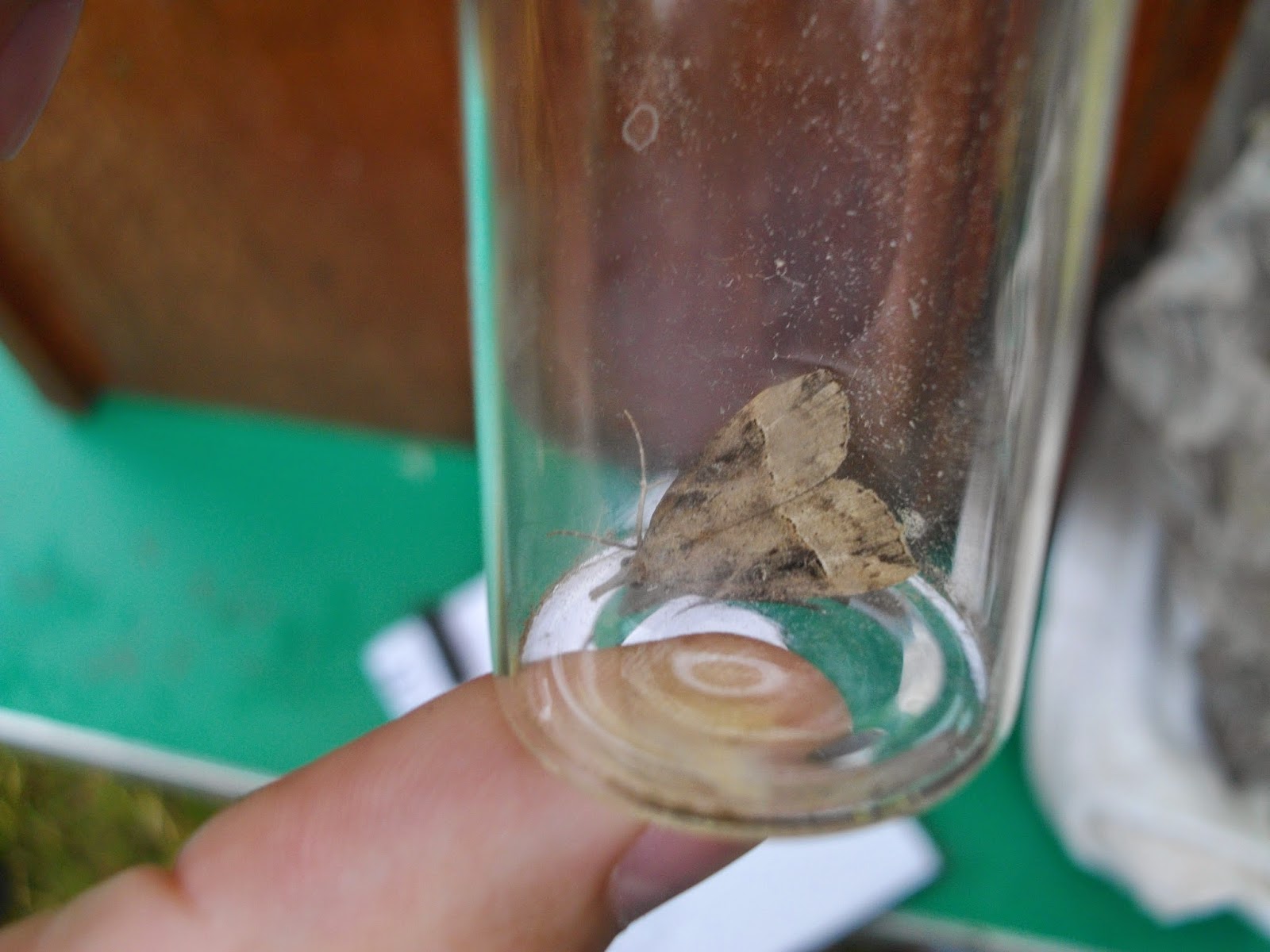 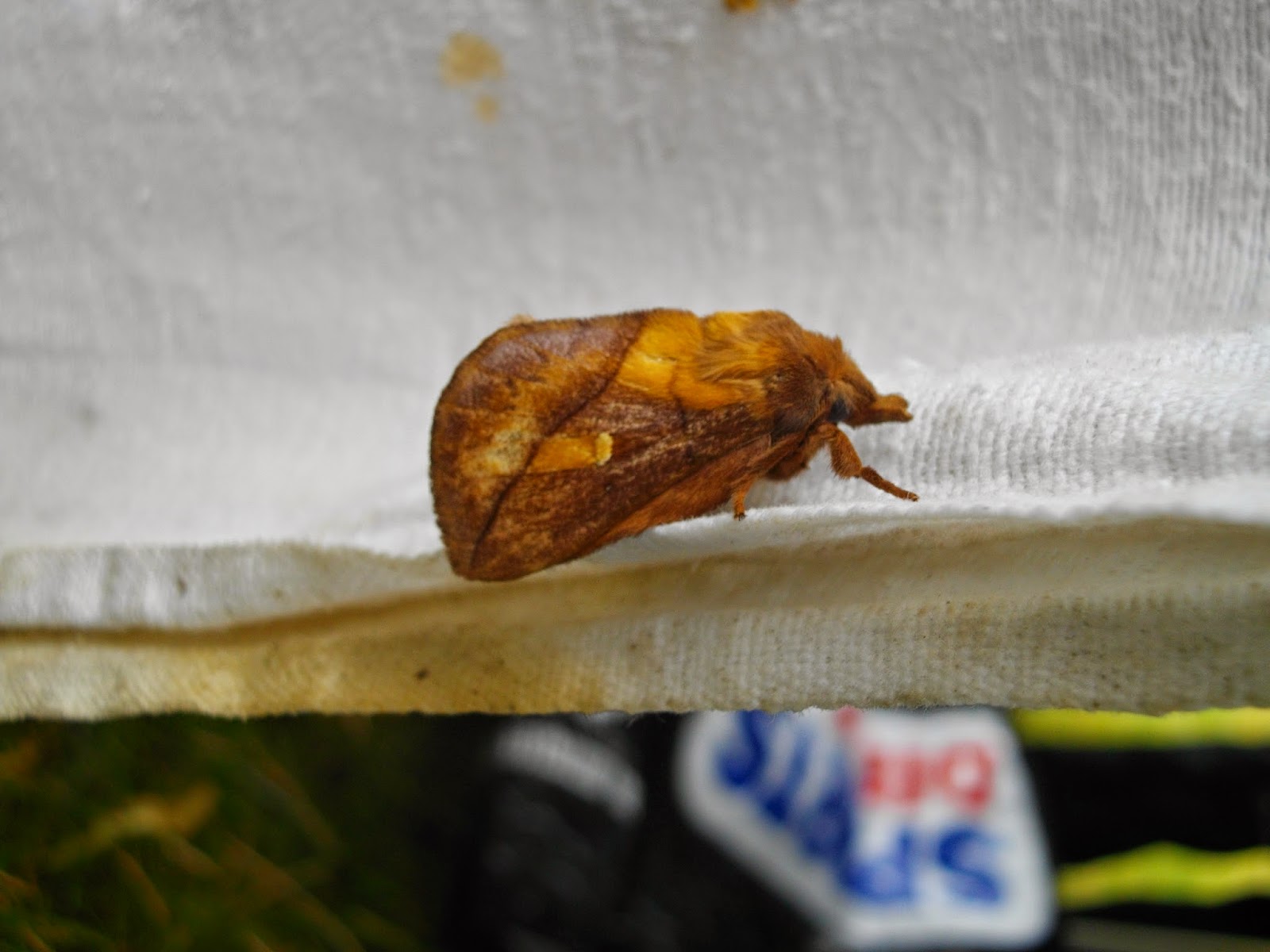 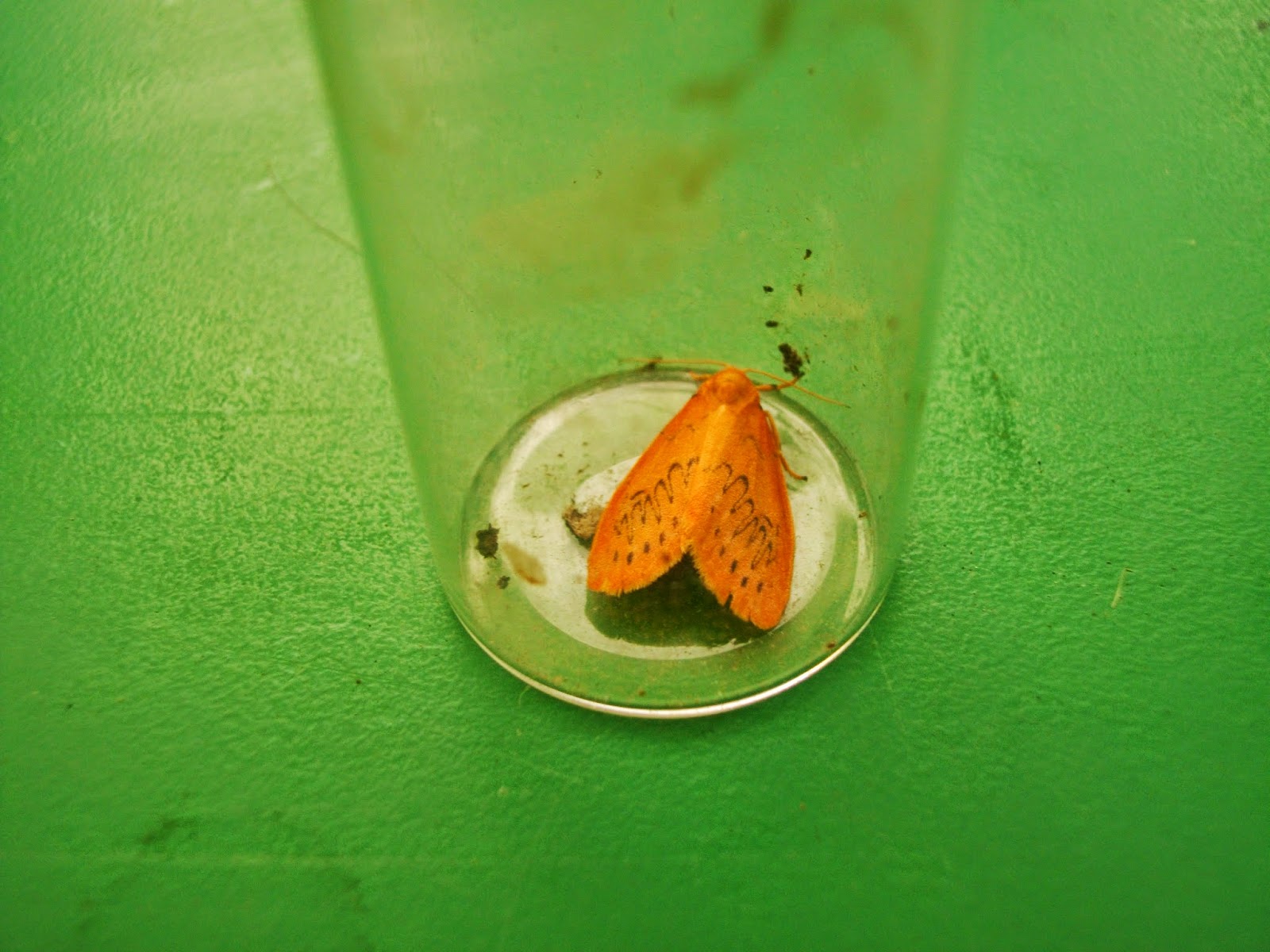 The next event was labelled as Mammal Mayhem, a title that was looking a bit sensationalist when the first eight traps we checked were all empty. The highlight of this first half was seeing a tail-less dinosaur in the area of woodland with the traps - if anyone knows where it came from or why its there then please let me know! 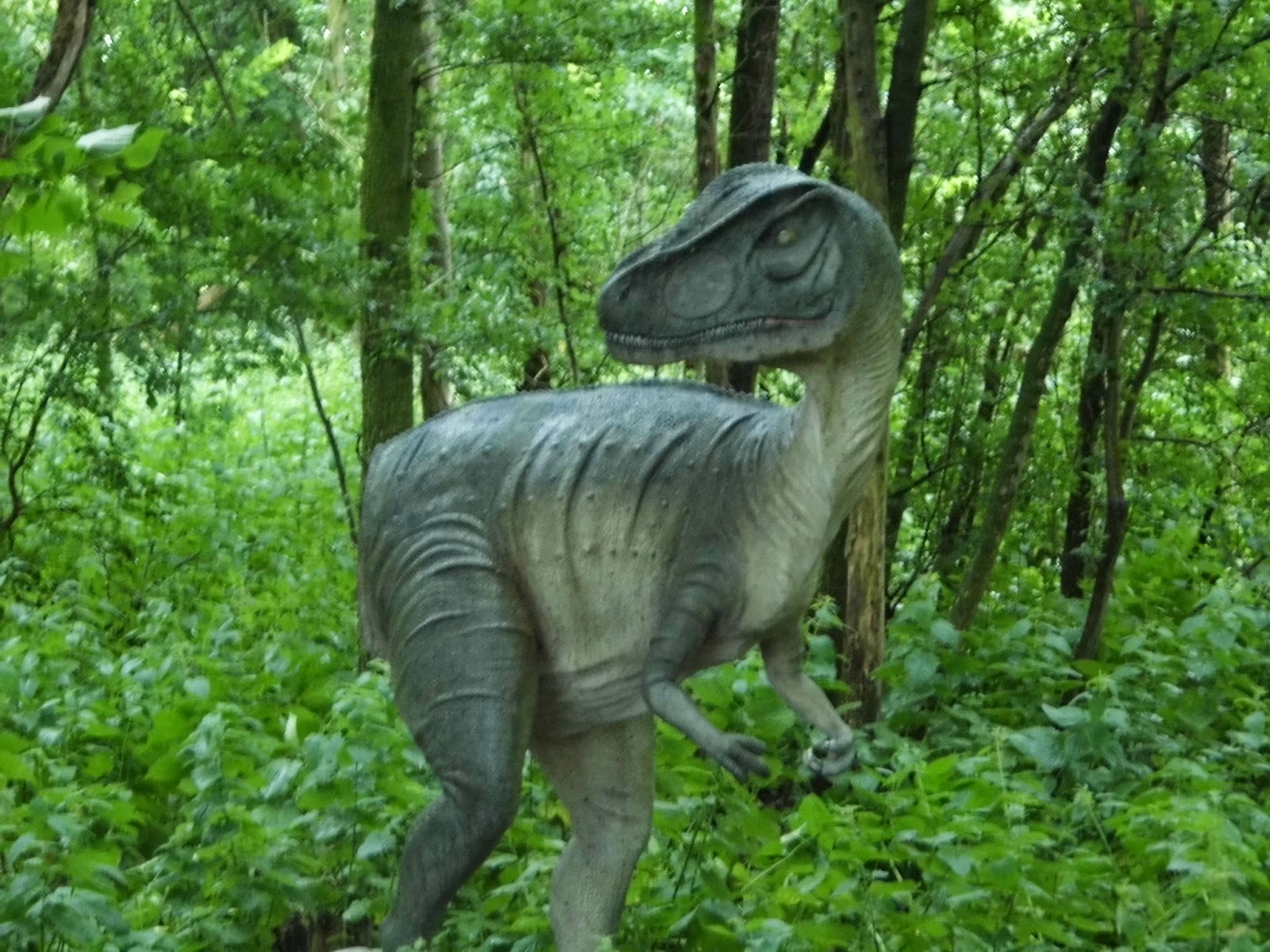 There was a bit of fungi in the woods, which Tony later identified as Spring Cavalier and Willow Shield. We then moved on to the picnic meadow to the other eight traps. These proved much more productive, with two Wood Mice and a Field Vole. The sun was out and Six-spot Burnet Moths were emerging in good numbers. 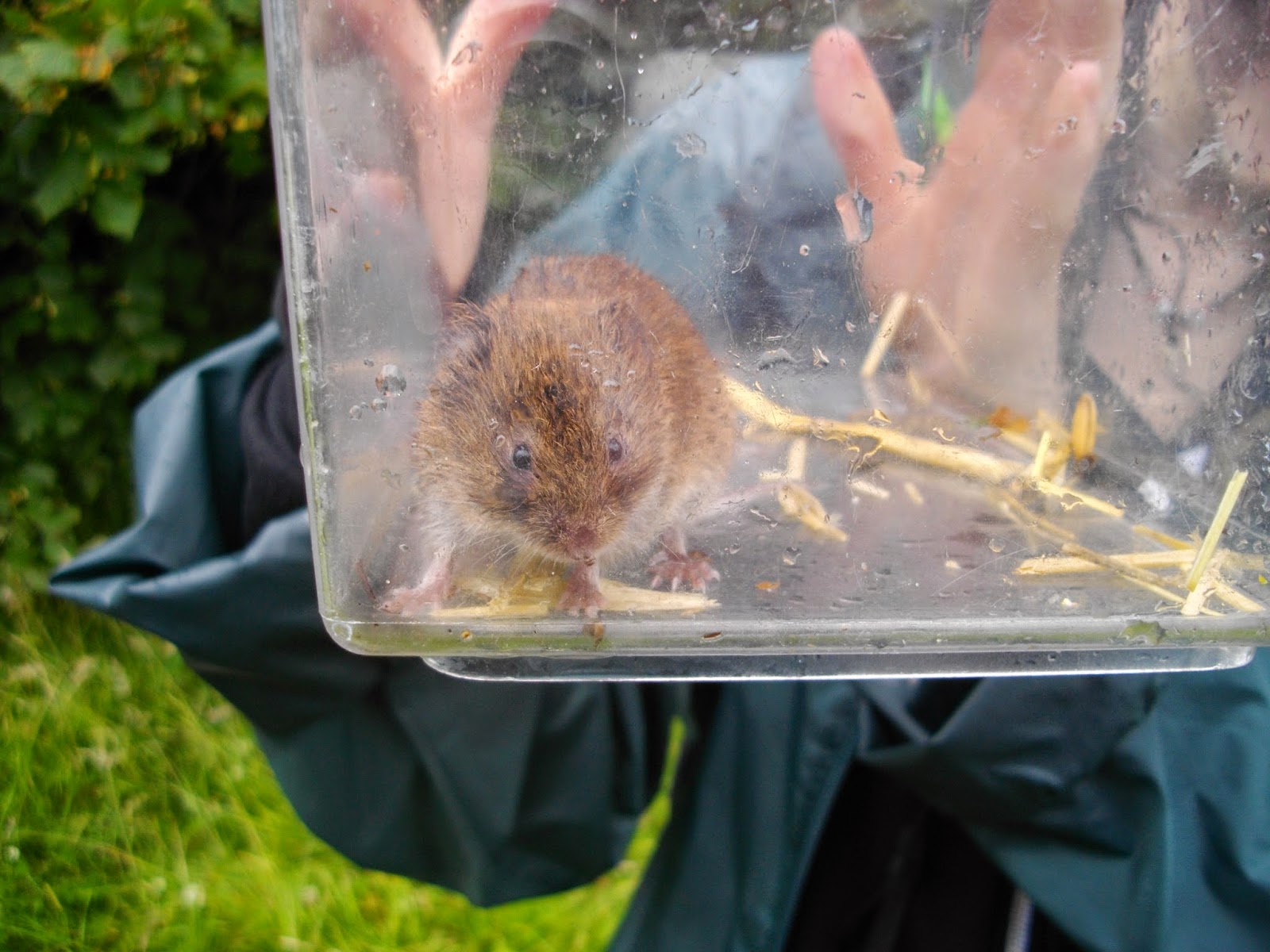 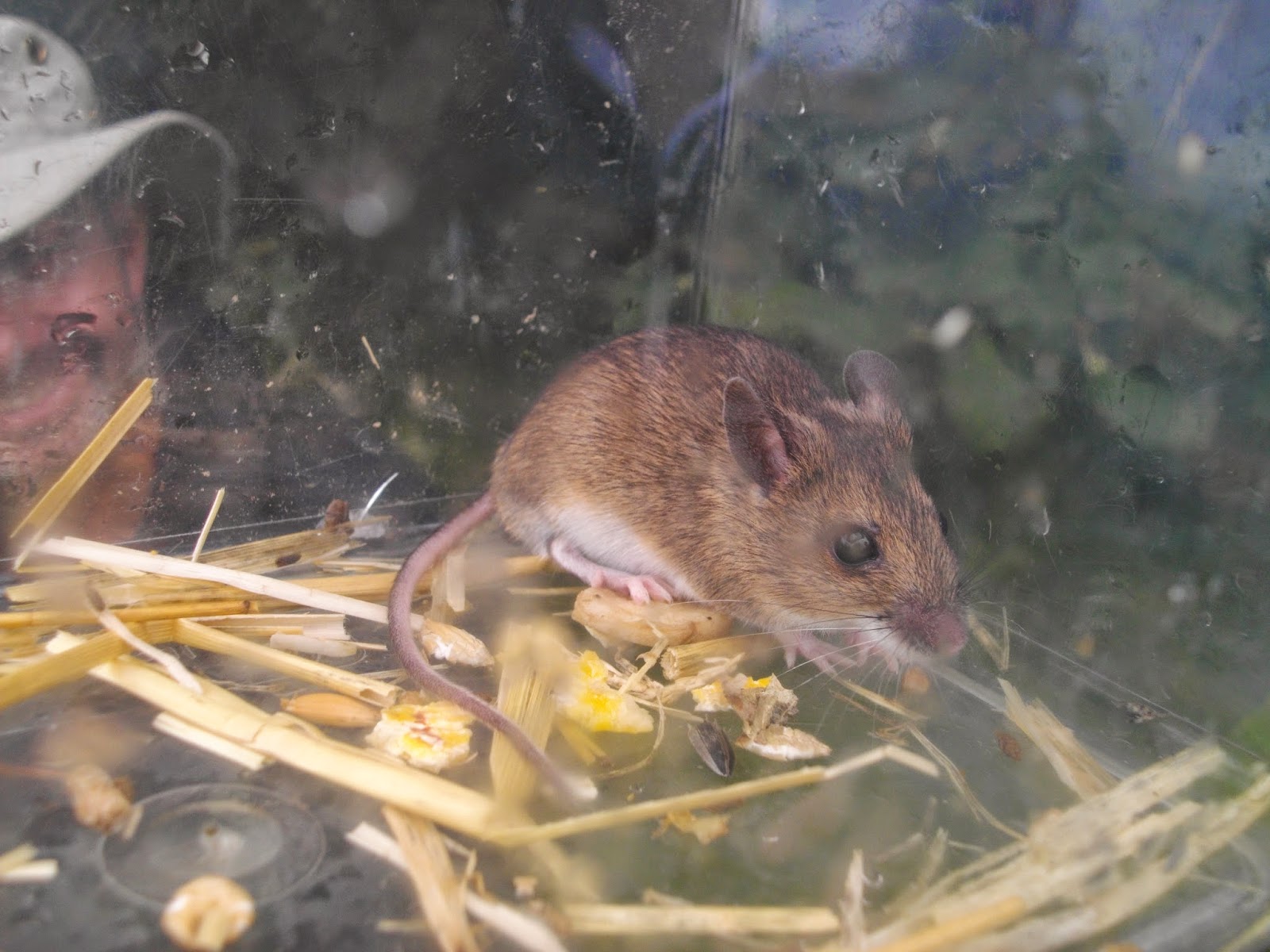 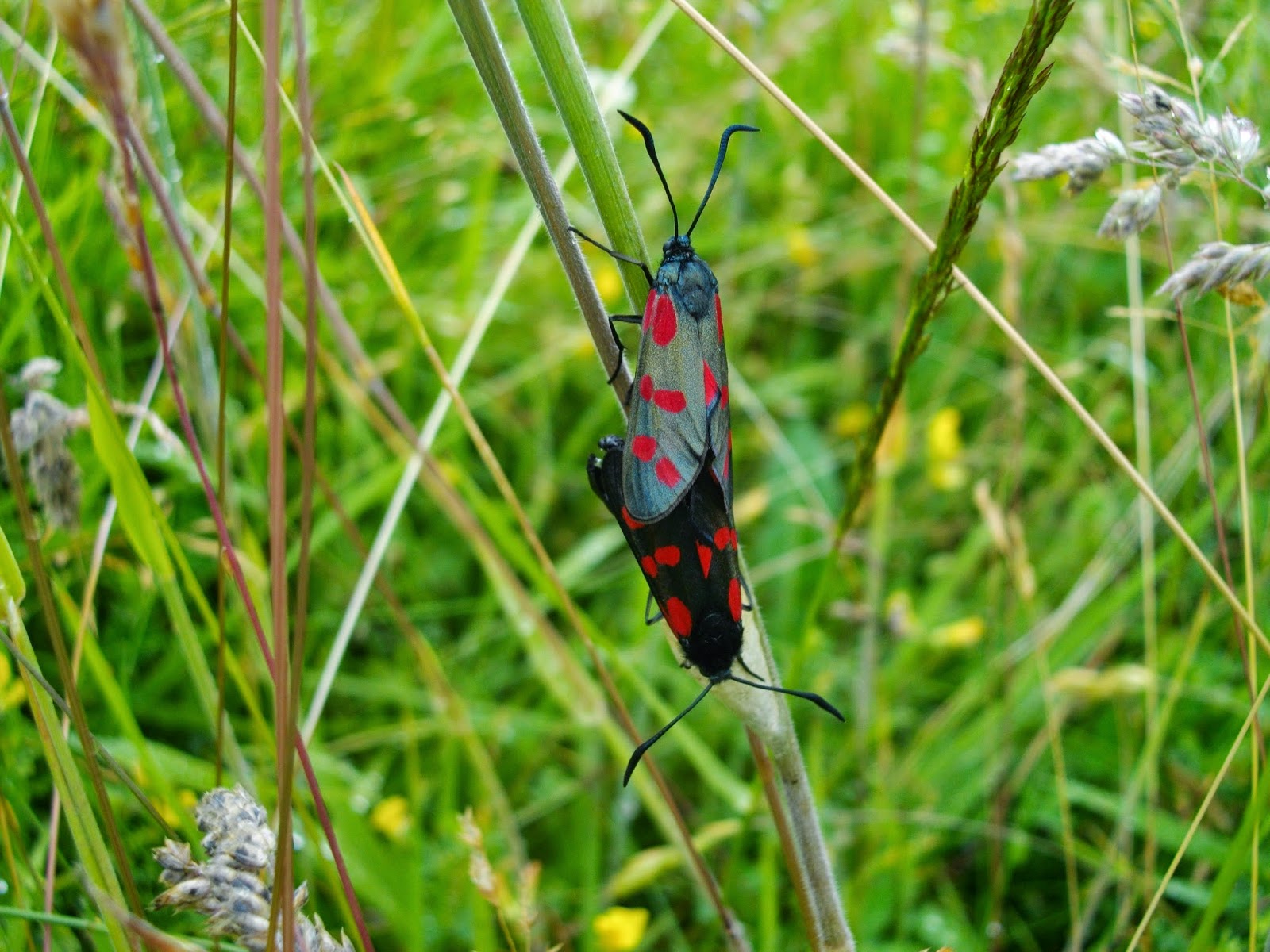 After dropping Cathy off at home I returned for a bit more recording. The weather had affected the programme a bit, so instead of a guided walk I spent some time in the area around the visitors centre, seeing another couple of new fungi species and recording some plants. After this I went to the pond-dipping area with Nick to see what had been caught there, before having a look at the NBIS desk on the meadow, where the highlight was a colourful Rove Beetle sp. 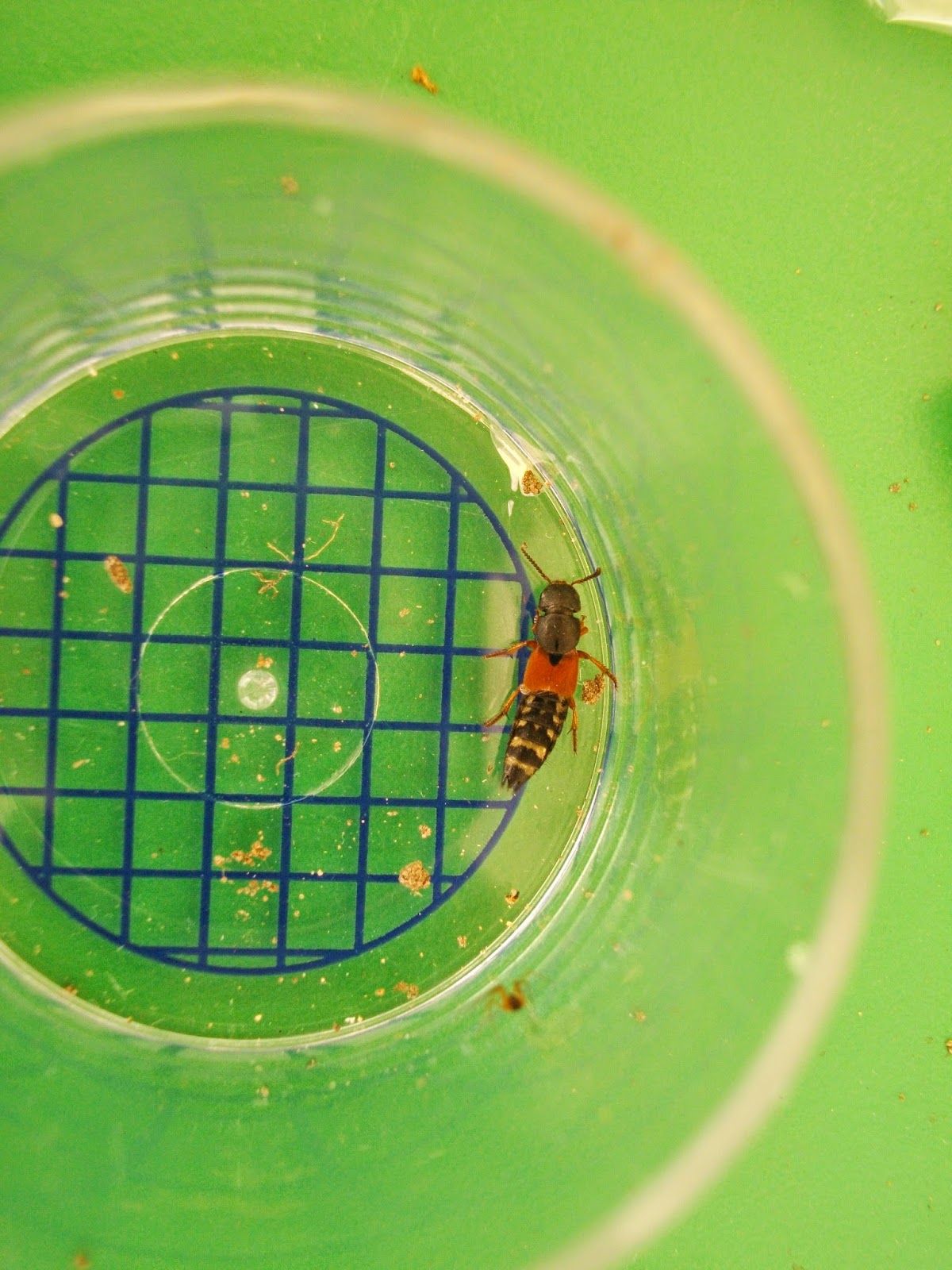 Despite the weather this event enabled me to see a number of new species on my patch, so thanks to everyone involved in organising it.
Posted by James Emerson