For the past few years the Botanical Society of Britain & Ireland (BSBI) have been running the new year plant hunt, in which people go out between 30th Dec and 2nd Jan and record which plants are in flower. This provides a wealth of data about which species are in flower and where, and over time will also contribute to phenology (i.e. are some plants changing their flowering periods). I have sometimes contributed data, but this year decided to join the walk organised by the Friends of Earlham Cemetery.

The walk started off with eight people, although it was cold and by the end some participants had departed, leaving Ian, Jeremy, Vanna and I. Altogether we recorded 29 species, although one was an unidentified grass and several might have been planted rather than naturalised. Upon transferring the list onto BirdJournal when I got home I found that Thale Cress was apparently a new species for me. This was surprising on one hand as its a common species, but not that odd really as it is small and part of a sometimes confusing mass of Brassicas. 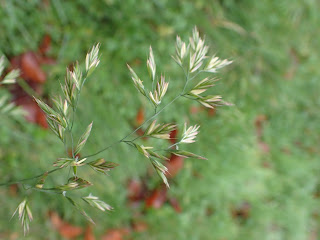 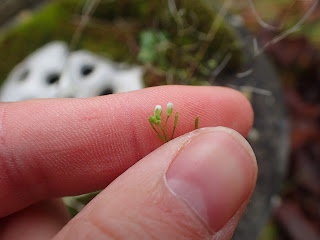 Whilst walking round we accumulated records of several leaf mines, some probably new to the cemetery, and also some fungi. Of the latter Bleeding Broadleaf Crust and Fenugreek Stalkball were of note. We also saw two Muntjac Deer. Thanks to Ian for leading the walk and for submitting our list - you can see the results here: https://nyph.bsbi.org/ 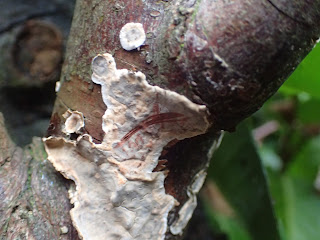 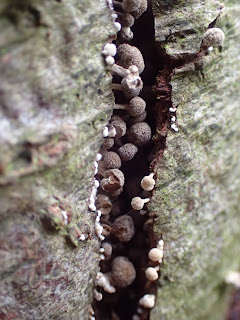