Whilst the days are short I have to make due with looking for wildlife on my way to work or if it passes my window. Despite these limitations there are usually a few things of interest, even in December and January. This week I heard my first Pink-footed Geese fly over the house, presumably disorientated in the fog. Some Redwings in Chapelfield Park and a Sparrowhawk over Lakenham Way were my other avian highlights from the week.

Grey Squirrels are common in Norwich, but watching one at close quarters is always entertatining. One at Chapelfield Park was so intent on eating that as people walked past it would adjust its position, but still keep eating. 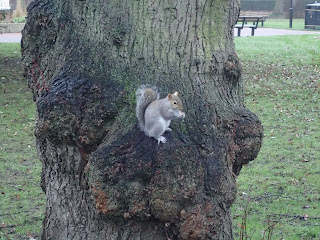 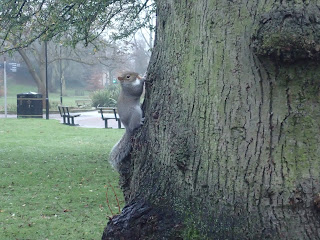 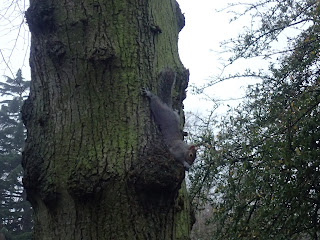 The most interesting sighting of the week came on Friday. I noticed a leafhopper had landed on my office window. It looked reddish underneath, so I potted it for a closer look, and found that it was a nicely patterned one that I didn't recognise. Further research revealed that it was an Acericerus sp. Two similar species, A. ribauti and A. vittifrons, can be separated by face pattern if they are male, but as luck would have it mine was a female. Both are associated with Field Maple, which I haven't seen particularly close to the city centre, but I'll be keeping an eye out for more to work out which species is present. 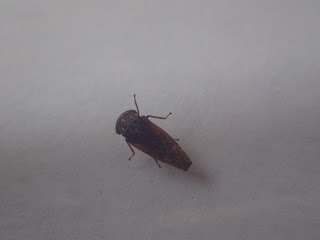 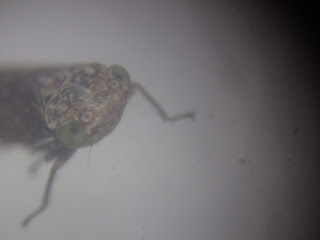