An early start meant that I was up to see a beautiful orangey-pink sunrise. Five minutes later and the sky had turned a pale grey for the rest of the day - those shepherds know what they're talking about. 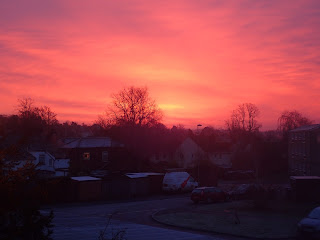 The little broad held ten species, a reasonable total that included a female Shoveler. A Green Woodpecker swooped across and almost over my head, whilst a flock of Siskins swirled around. Moving onto the Great Broad I was pleased to see seven Egyptian Geese. In recent years only one pair has bred (sometimes having a second brood), so it would be nice to think that more pairs are around, and the odd bird might mean one is already on a nest.

I spent some time at the slipway scanning the reeds opposite for the overwintering Bittern, with no luck. Next up were the Black-headed Gulls, with only one being ringed, and that a metal ring that I couldn't read. Birds were scattered over the broad but the Pochard (13), Shoveler (2) and Teal (6) were all around the main island. Interestingly no Great-crested Grebes were seen. Numbers of common migratory species considerably down on this time last year:
Whilst near the bird screen I got a phonecall from Rich Moores, who was near the visitors centre with members of the Norwich Bat Group. He had just had a Great White Egret fly over heading west, and also told me that the Bittern was now out and had been showing well for the past 30 minutes. As I was finishing off the count I then headed back round to the slipway, where the Bittern was still showing really well, perched partway up some reeds. After watching it for a while I headed to Trowse Meadows hoping to track down the Great White Egret, but there was no sign of it there. 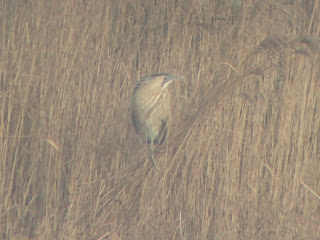 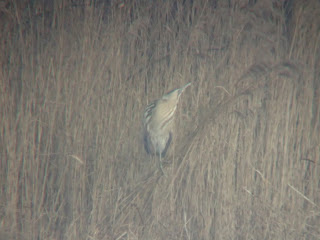 Whilst at Trowse Meadows I noted several species of fungi, as well as leaf mines of Copotriche marginea and Stigmella aurella in Bramble. 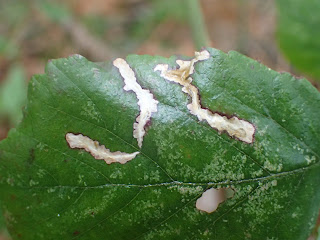 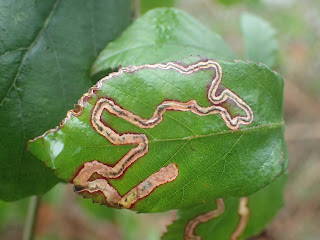