With a nice sunny day in prospect I had a quick look around three of the sites that make up my Whitlingham patch. I started off at Thorpe Marshes, and had soon seen two Buzzards, one distantly off towards Postwick and the other flying low over the marsh, parallel to the railway line. What was probably the overwintering male Stonechat darted into the large bramble, but sadly didn't pop out whilst I was there. I had a look around the small wooded area, finding some Scarlet Elf Cups and Common Mazegill, but some tree work being done on Bungalow Lane meant that I retraced my steps and went round to look over the broad. Here three Wigeon were the pick of the birds, along with the expected duck species. 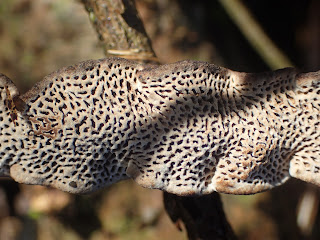 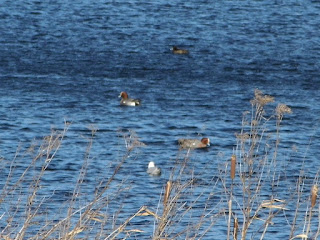 Next stop was Trowse Woods, although as the road was busy I parked at Whitlingham and walked south down the Lime Tree Avenue and past hte old hospital. In the fields nearby a Skylark sung, which was nice as I usually only see flyover ones here. In the woods themselves a Green Woodpecker and a Nuthatch were both calling, and amongst the large drifts of Snowdrops I also noted Winter Aconite and Lenten Rose. Three Orange Ladybirds sheltered beneath some Beeswax Brackets, and a microfungus growing on a dead Stinking Iris seedpod will probably turn out to be quite scarce if I can identify it! 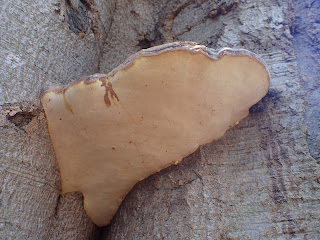 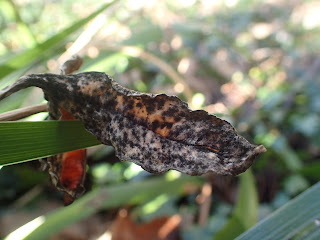 Walking back along the lane I spent some time along the south shore of the Little Broad where Mark Eldridge had seen a particularly pale Redpoll the day before. Justin was also having a look, and whilst we were there we saw around 15 Redpolls, but unfortunately the four we saw well were all Lessers. A pair of Bullfinches and a singing Treecreeper were also of note in the same area. Despite the nice weather I'm still yet to see a butterfly so far this year.
Posted by James Emerson