WHITLINGHAM: No diver, but plenty of interest

On Saturday a diver sp was seen flying west over Whitlingham. It wasn't identified to species, but suffice to say any diver around the city would be an excellent sighting, so I decided to head down on Sunday morning in case it had looped round or was on the river nearby.

As I arrived at Whitlingham a Kestrel flew up out of the Lime trees, the wind carrying it soaring over the car and away over the meadows. After checking the Little Broad I concentrated on the Alder trees where some Mealy Redpolls had been the previous day, but there was no sign of them (Gary later saw two of them along the north shore of the broad, although they had gone by the time I got round). More trees had been cut down since my last visit and at the end of the little broad some of the shingle was courdoned off, presumably to dig the new pond-dipping pond that Tesco's 'bags of help' fund had provided money for. I couldn't account for the three benches that had been turned over and fenced in - perhaps there had been a bench-tipping event? 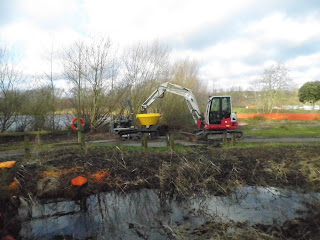 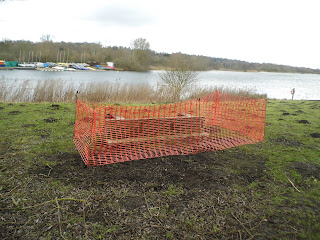 Near the slipway I caught up with three Lesser Redpolls, that showed well low down near the broad edge. Further along I stopped to see a small group of Pochard diving actively. Level with the island I heard a Brambling calling behind me, so I moved round to the end of the ditch to see into the scrub. This proved to be a good move as a Kingfisher landed on a branch nearby. There was a lot of branches between me and it, but this appeared to reassure the bird as it had clearly noticed me but didn't fly off. In fact I watched it for about 5 minutes before if caught a small fish and flew further back to eat it. The vivid blue and orange reflected in the dull water -eExcellent views of my favourite bird species. 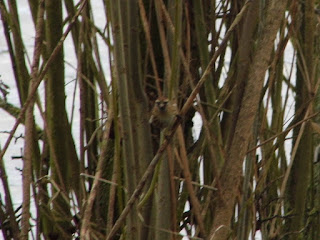 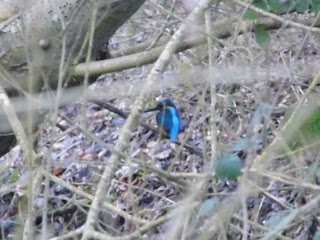 Continuing to the end of the broad I scanned across hoping to see the Wigeon that have been on St Andrew's Broad recently, but they were out of site. Some Redwing flew out of the plantation behind me. I kept an eye out in the Alders for any more Redpolls, but the wind had got up and there was no sight or sound of any. Looking out into the bay a first-winter Great Black-backed Gull was by the Cormorant posts, which was of note. I finished off by checking the river at regular intervals, but still no luck.

I wouldn't be surprised if the diver landed on the river somewhere either in the city or to the west, so keep an eye out if you are in the city or somewhere like UEA Broad, Colney/Bawburgh lakes etc.
Posted by James Emerson