NORWICH: Birds and beer in the local news

2nd March 2011
There are a number of beers named after birds, including the Wagtail Brewery's Best Bittern. Today Norfolk's best known brewery, Woodforde's, announced that their "Once Bittern" Ale will go on sale in pubs across Norfolk. It had initially been brewed last autumn exclusively for Wetherspoons pubs, but will now be released as a seasonal beer for this spring. For every pint sold 1p will be donated to the NWT. The press release doesn't say where it will be stocked, but if you're into your ale you probably know which pubs tend to get Woodfordes seasonal beers (Trafford Arms, Murderers etc). 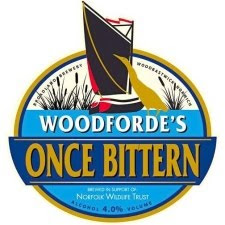 Also in the news today, Norwich Cathedral and the Hawk & Owl Trust have announced that they have erected a custon nest box for the Peregrines that have frequented Norwich Cathedral for the past few years. There are cameras focused on it, and they hope to follow the pair breeding via screens in the catherdral visitors centre. A welcome addition to Norwich's birdlife, and something to keep the Feral Pigeons on their toes!