We had a bit of a sea watch and some chips at Walcott on Saturday evening, in case there were any lingering Leach's Petrels. As it was the seabird passage had mostly passed, with Red-throated Diver and Guillemot the only birds on the sea. There were Gannets and terns passing, and a flock of Wigeon flew north. Amongst  the gulls was an unringed winter adult Med Gull, and the Turnstones were entertaining as always. 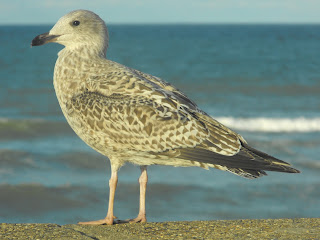 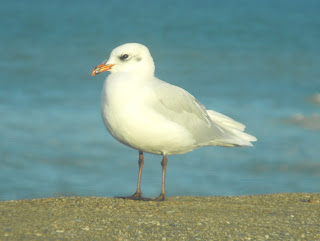