Possibly against my better judgement I went for a ten mile walk around the south of the city, taking in Marston Marshes, Cringleford and UEA. I stopped at the Roadside Nature Reserve on Ipswich Road and counted at least 62 Sandy Stilt Puffballs, which was a very good showing. I then moved on to a surprisingly busy Marston Marshes. Not much bird action, but the sight of Banded Demoiselles darting about over the river was particularly nice. 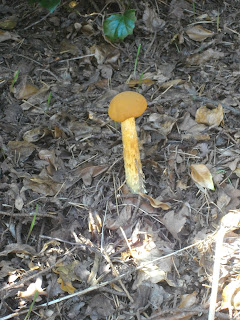 Sandy Stilt Puffball - one of only four fungi protected by law
under Schedule 8 of the Wildlife & Countryside act.


I decided not to elongate my walk any further by going around Eaton Common, so I made my way to Cringleford and rejoined the river. As I got closer to UEA I found a pair of Kingfishers, which shot off past me along the river. Walking west around the broad I spotted the larger of two resident Red-eared Sliders (terrapin-type things) basking on a log. It was close to the shore and swam off when I got near, but I waited nearby (almost being landed on by a Kingfisher that diverted away at the last moment) and was able to get some photos when it returned. Nearby a Nuthatch called noisily and landed in a dead tree. 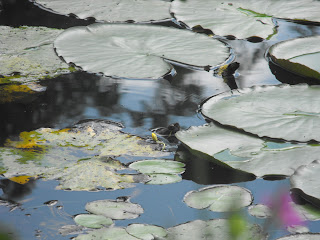 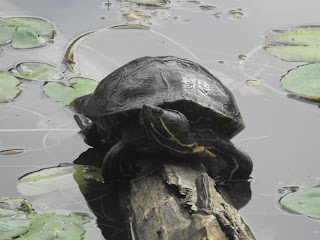 Victory! Incidentally you may notice that for something called "Red-eared Slider", it doesn't seem to have any red on it. I can assure you that in the field there was a bit of a reddish area, but this is a variable characteristic apparently. And lets face it, there are loads of birds with completely inaccurate names, so we'll let this one off.