We hopped over the border into Suffolk to Oulton Broad, where a Slavonian Grebe was showing very well. Despite its close proximity, a combination of overcast weather and my photographic skill managed to make the grebe look like it was swimming through tar, so enjoy these cracking photos. 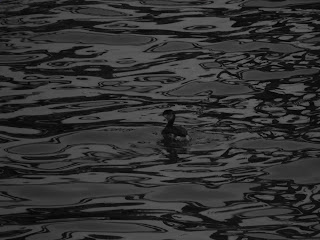 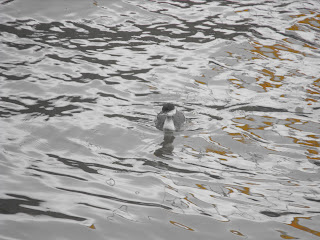 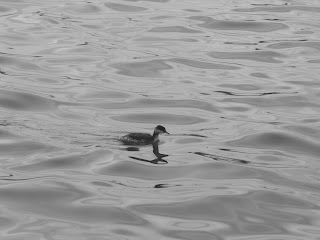 Before leaving Oulton Broad I had a quick look around Nicholas Everitt Park for other birds to take awful pictures of. Amongst some Mallards of varying domesticity (as this wasn't underlined in red I'm presuming it is an actual word), I spotted this interesting looking duck. If memory serves, this is a Mallard x Red-crested Pochard, although I would welcome comments if you agree or disagree with this ID. I seem to remember one was seen at Cantley BF a while back. Incidentally the last time I was here (2009!) there was a different bird that resembled a female Red-crested Pochard, but was being muted as a Mallard x RCP, on the same pond. 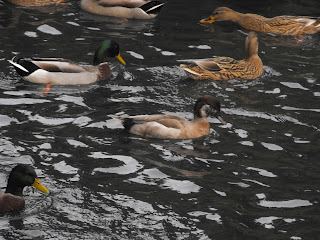 Back in Norfolk we meandered through the broads on the way back to Norwich, the only birds of note being a small flock of Golden Plover that flew over near Acle.
Posted by James Emerson