On Sunday I went to Attlebridge for the latest part of 'Wildflowers revealed' - an ongoing series of walks with Norfolk Flora Group and NNNS to help beginner botanists. On my way I the rain got steadily harder and I wondered whether anyone would turn up. I need not have worried, with around 15 people braving the rain for the walk. The showers were a feature of the morning, but after lunch the sun came out and it was actually very pleasant.

The first part of our walk took us east along part of Marriott's Way. We had a brief look at some of the commoner plants along the first stretch such as Rough Chervil and Herb Robert, but the first interlude of real interest was when there was a gap in the hedge allowing us to see the edge of an arable field. A number of plants were growing here, but the highlight was my first Night-flowering Catchfly. As a result of the overcast weather the flowers were open during the day too. 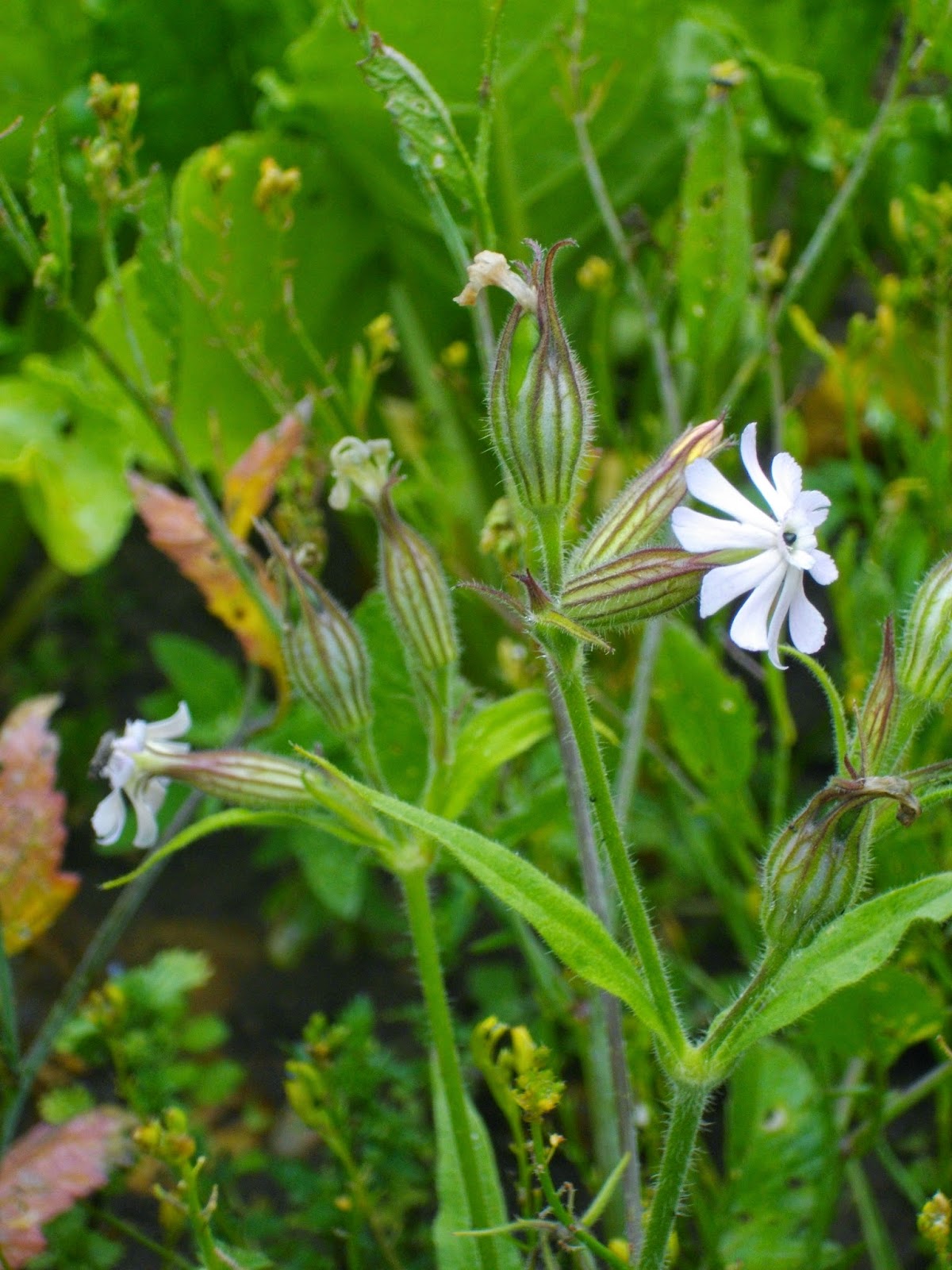 A bit further along Marriott's Way we took another footpath off to Upgate Common. As we reached the Reepham Road we saw two 'salt alien' species (coastal plants that have spread inland as a result of the salting of roads in winter) one of which was Reflexed Saltmarsh Grass. A burst of sunshine saw a large number of Ringlet butterflies emerge, and I saw another two new plants in the form of Venus' Looking Glass and Parsley Piert. We stopped for lunch at Upgate Common, where the highlight was a Hobby that flew through the hirundines.

After lunch we set off along another footpath across the fields towards Alderford Common. Here we saw more Night-flowered Catchfly, compared Redshank and Pale Persicaria and saw some Flixweed. Reaching Alderford Common we went into a wooded part to look at an area of Small Balsam, before re-tracing our steps and entering the common further along.

Just onto the common we walked past a nice Bee Orchid, one of several on the common. Common Twayblade, Common Spotted orchids and Souther Marsh orchids were also present. We concentrated on an area of former marl pits, the best chalk grassland in east Norfolk apparently. Lots of Eyebright was scattered around, along with Greater Wild Thyme and Wild Basil. A pond held a Stonewort sp (a sample was taken for determination) and some Great Crested Newt tadpoles. On top of all this I saw some grasses and sedges that are probably very common but I just hadn't been able to identify before. All in all a very worthwhile trip in terms of learning about plants and seeing an unfamiliar area. 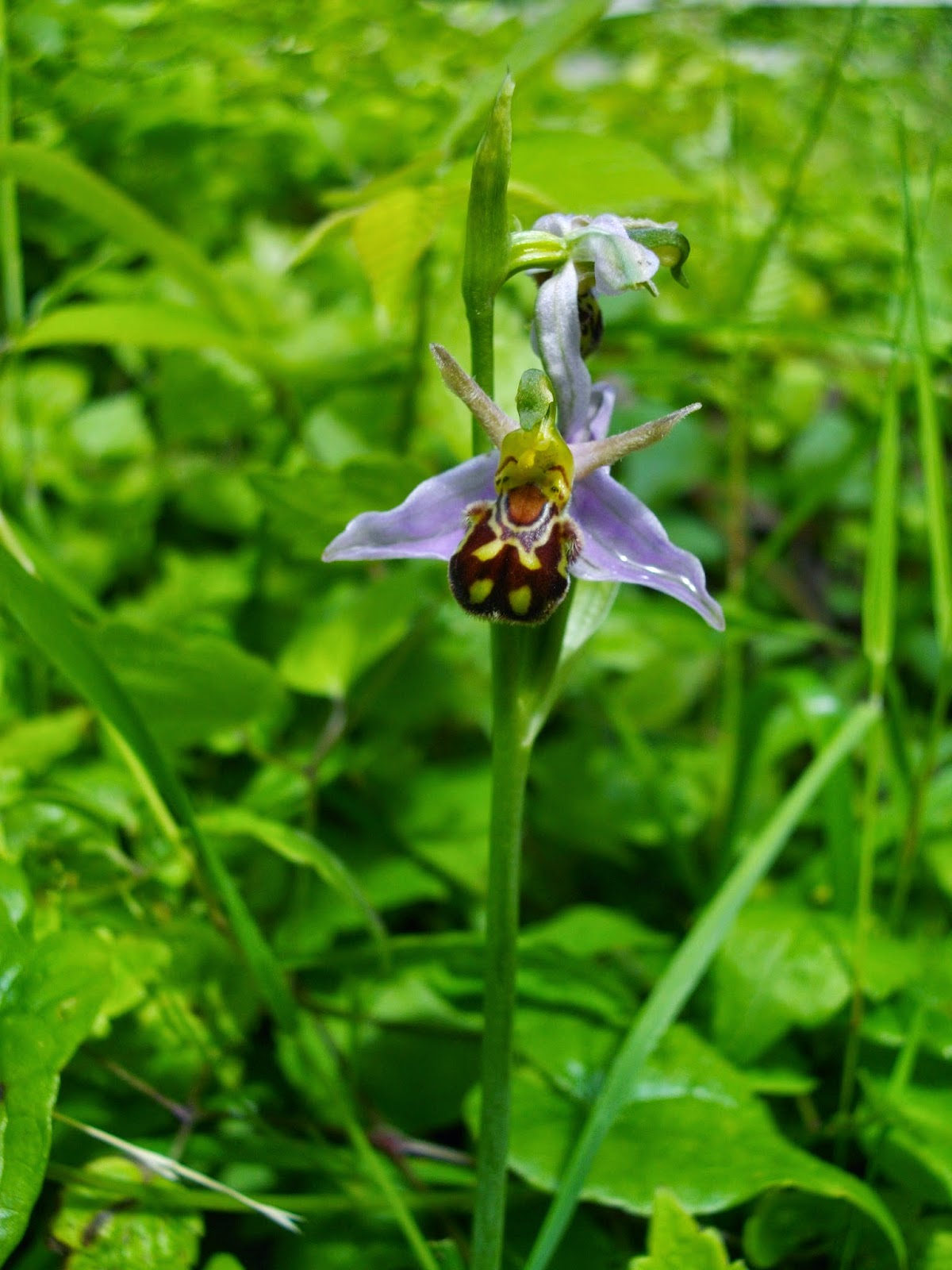 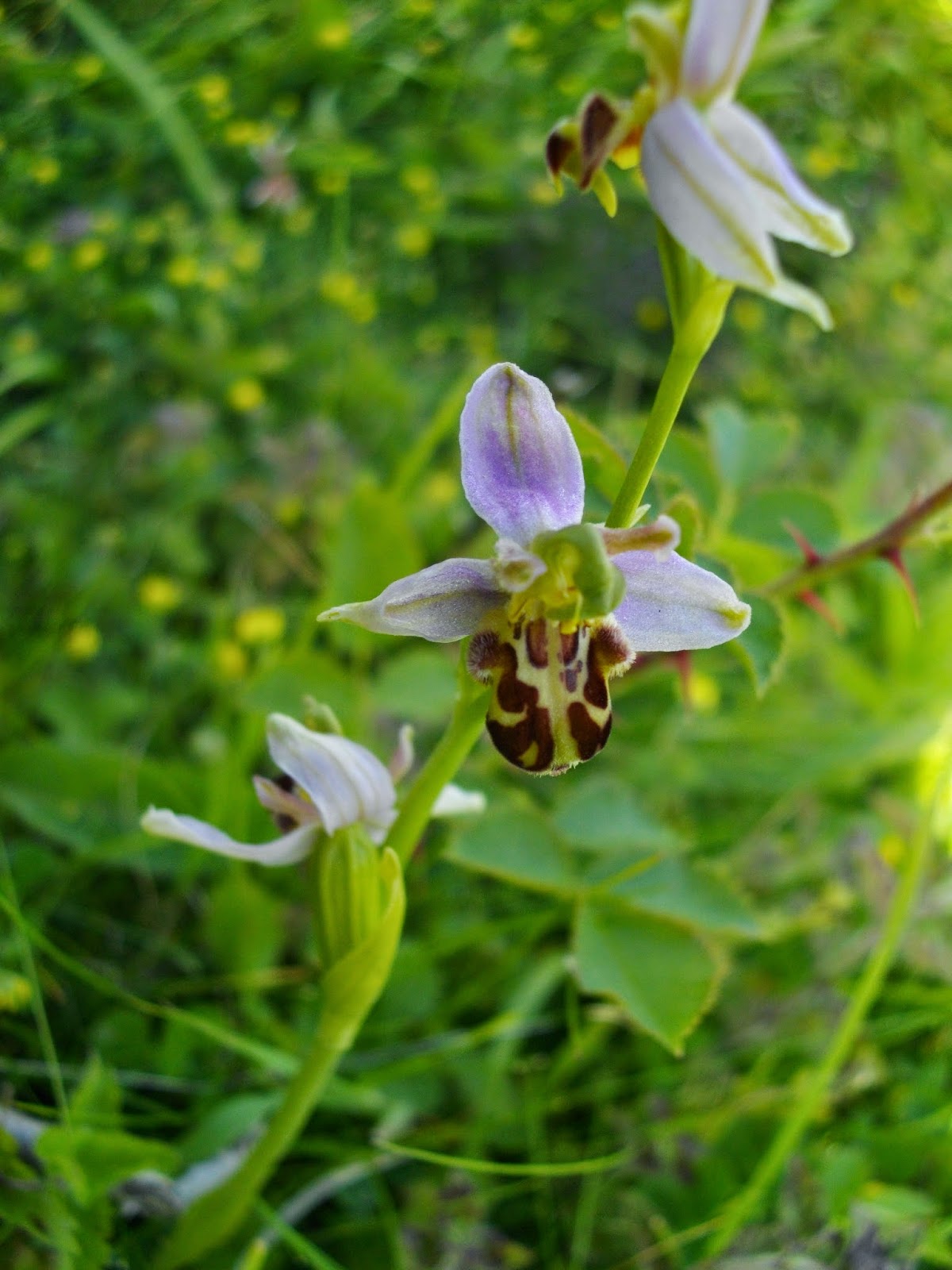 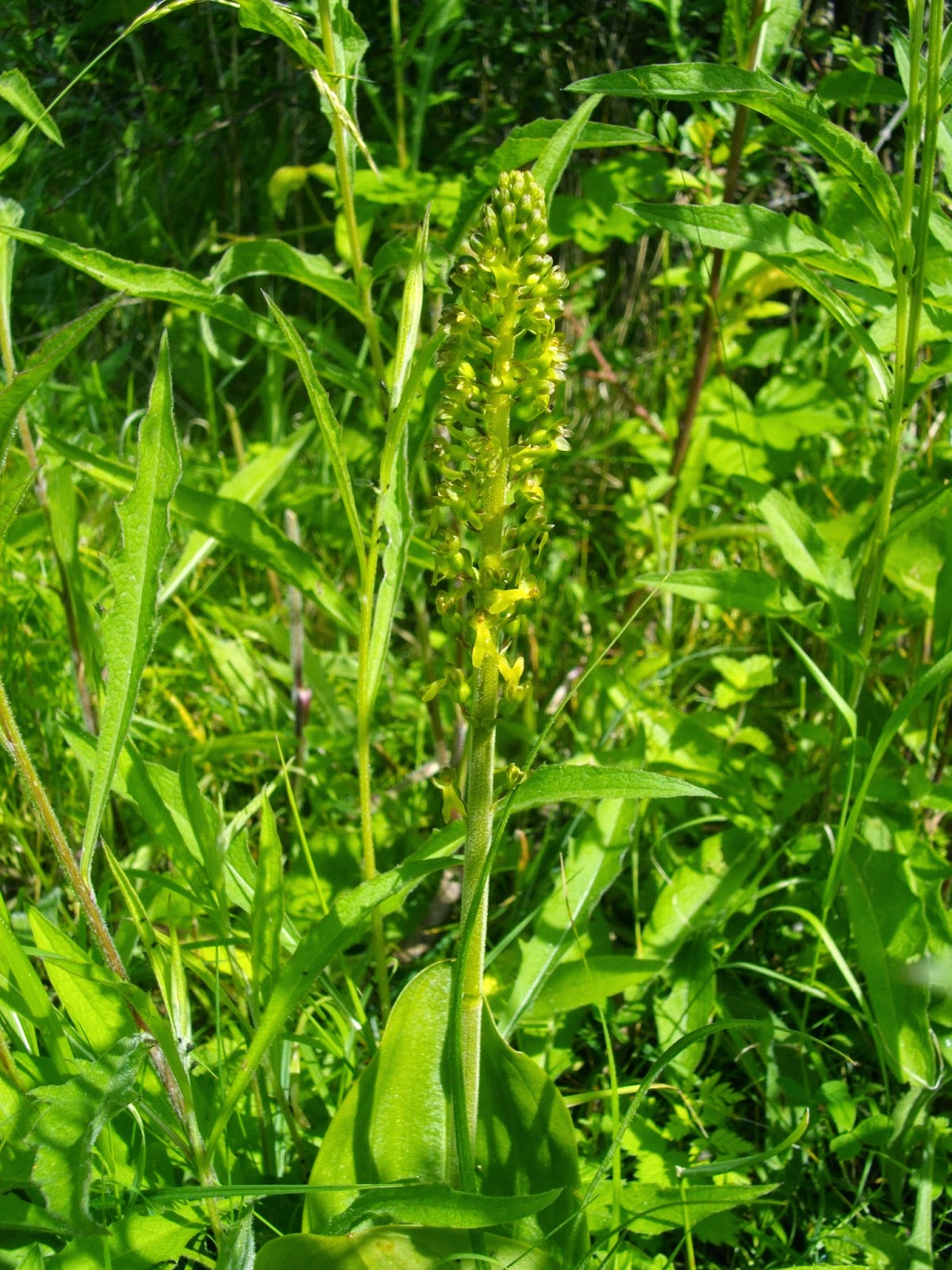 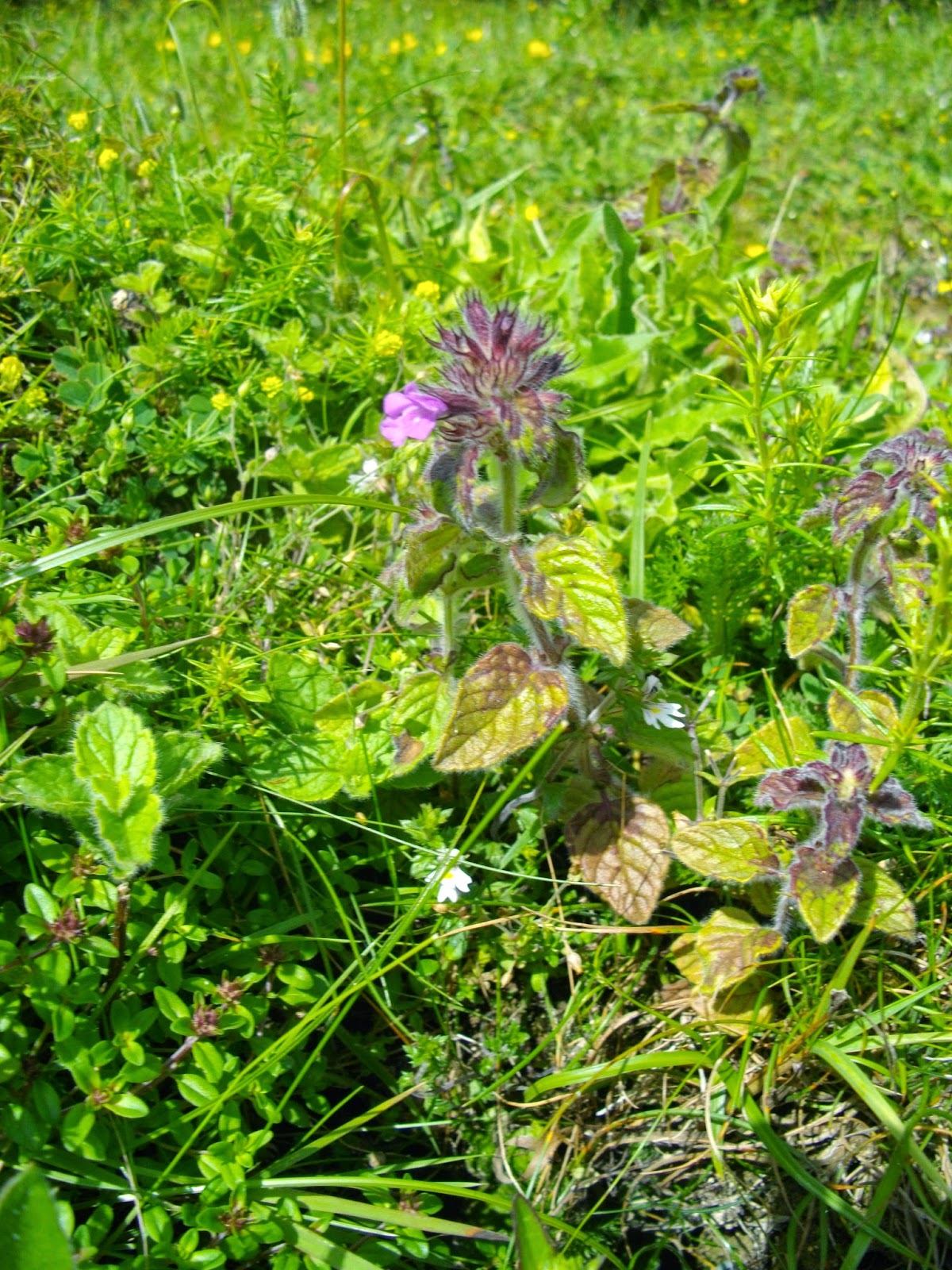