On Sunday I went to Holt Hall to attend a Norfolk & Norwich Naturalists Society workshop looking at fungi on wood. After an introductory talk and presentation we headed off into the woods for a short foray. Many of the fungi we saw were typical woodland species, but I still saw three new species (Peziza micropus, Rigidoporus ulmarius and Fiery Inkcap, Lactarius pyrogalus). The latter was on the lawn just outside of the woods, as were two White Spindles. An interesting pale agaric wasn't identified in the field, so that may perhaps add another species to my list. 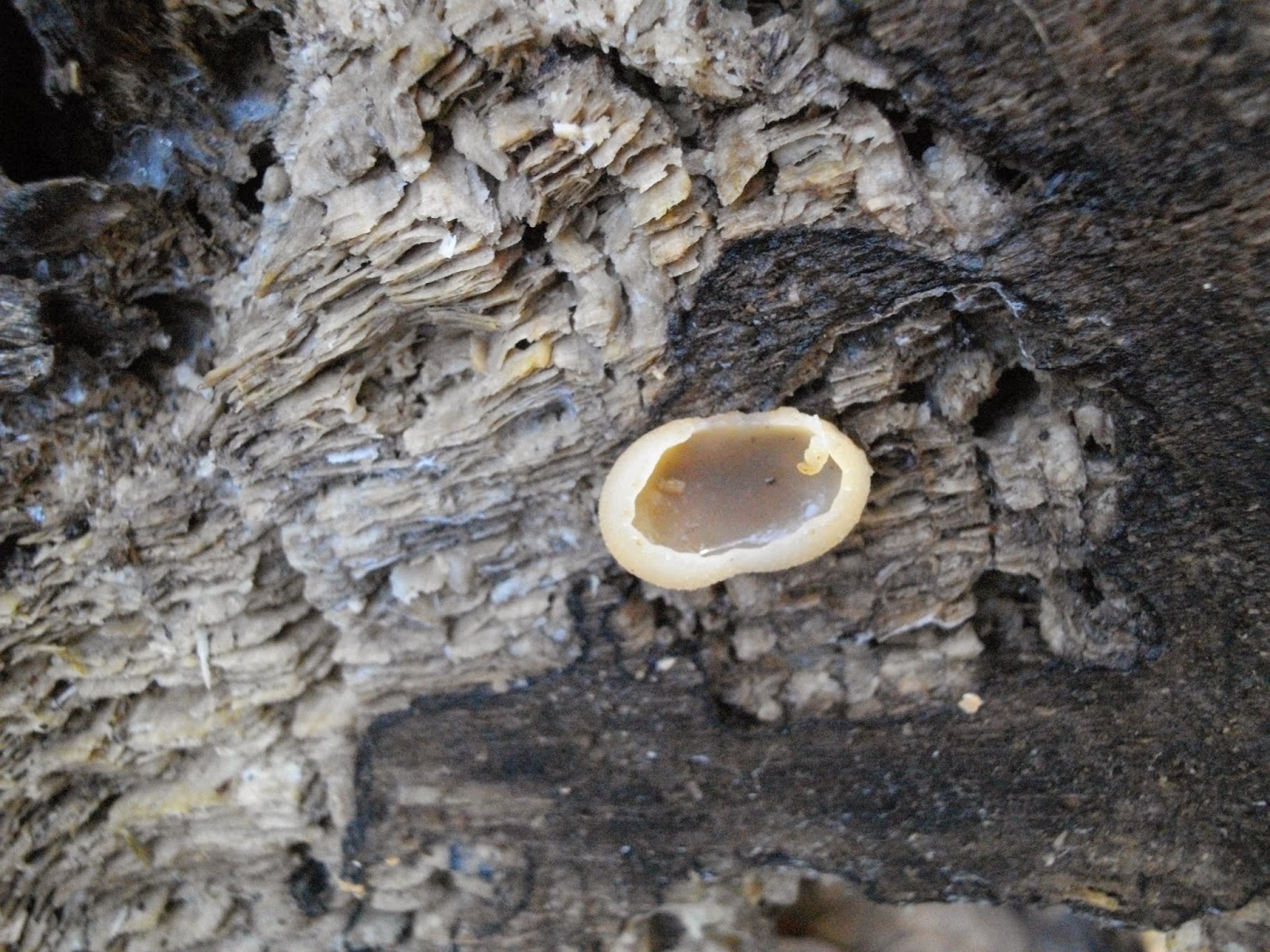 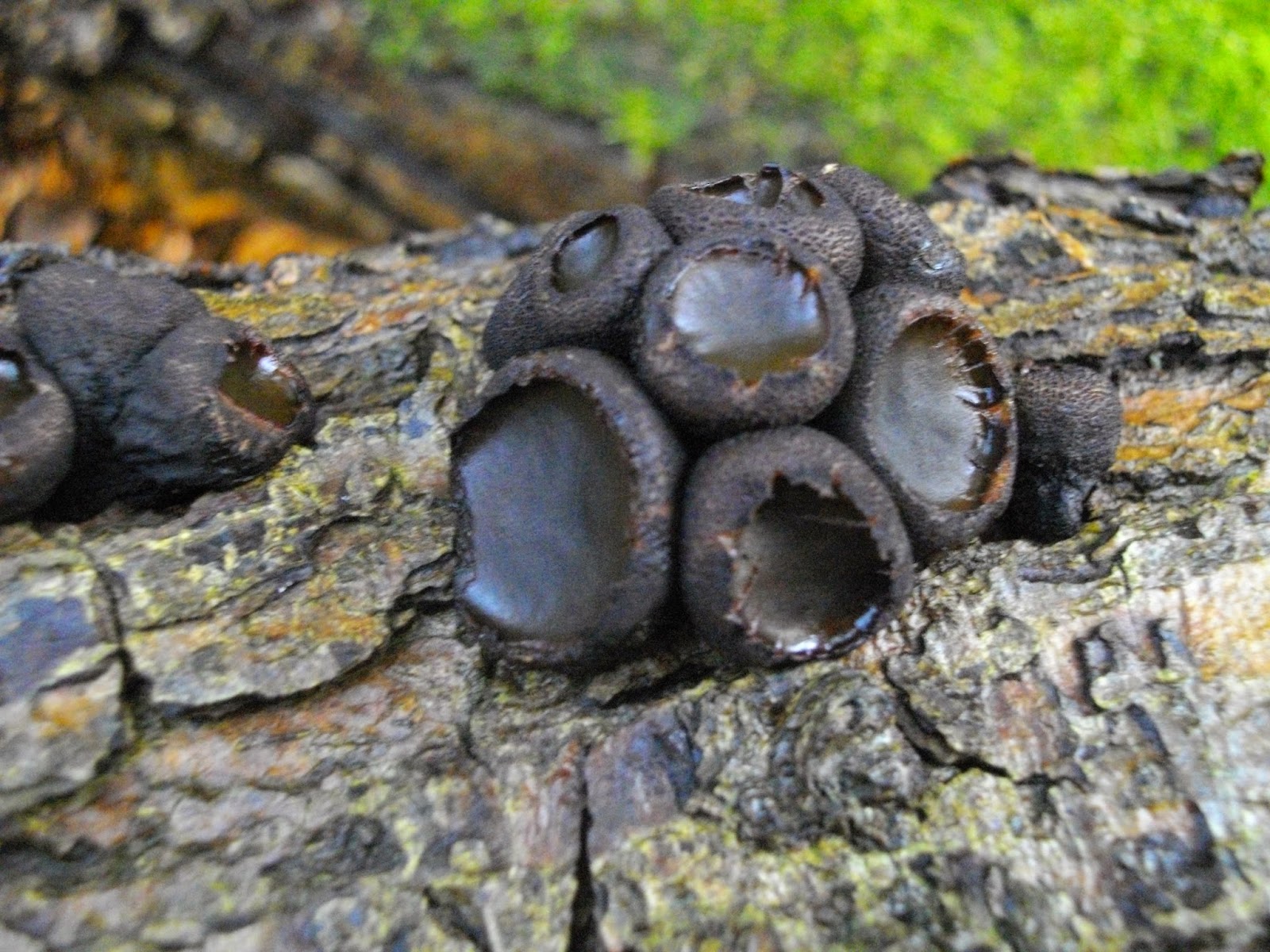 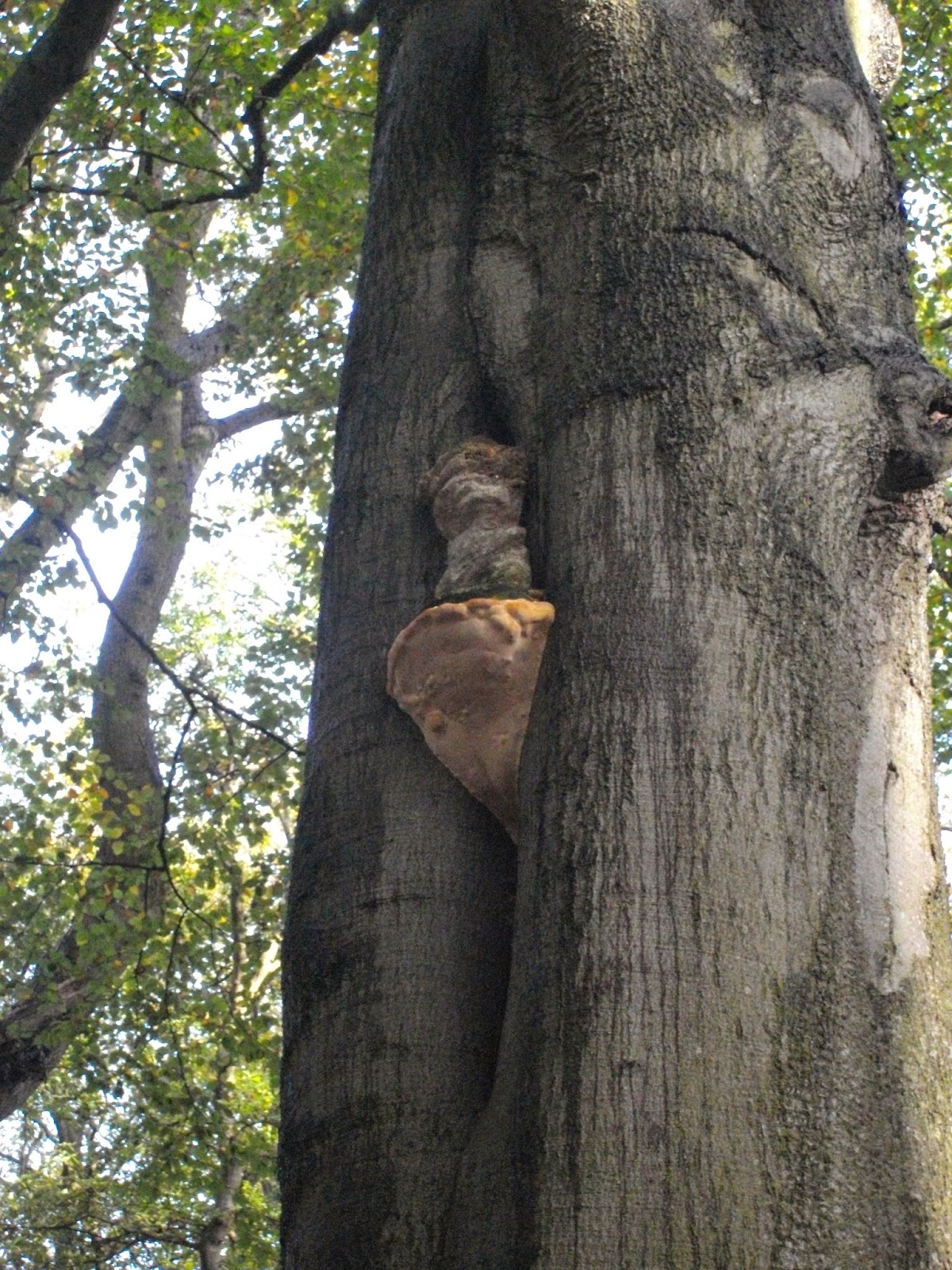 
During the lunch break I nipped out for a look on the lawns around the hall for grassland species. These were beyond the scope of this course, but areas of ancient grassland are always of interest. Anne identified another new species for me, the unusually-named Crazed Cap. I found a Parrot Waxcap, Meadow Coral and some Yellow Spindles, whilst there were two other Waxcap sp. not identified with certainty at the time. 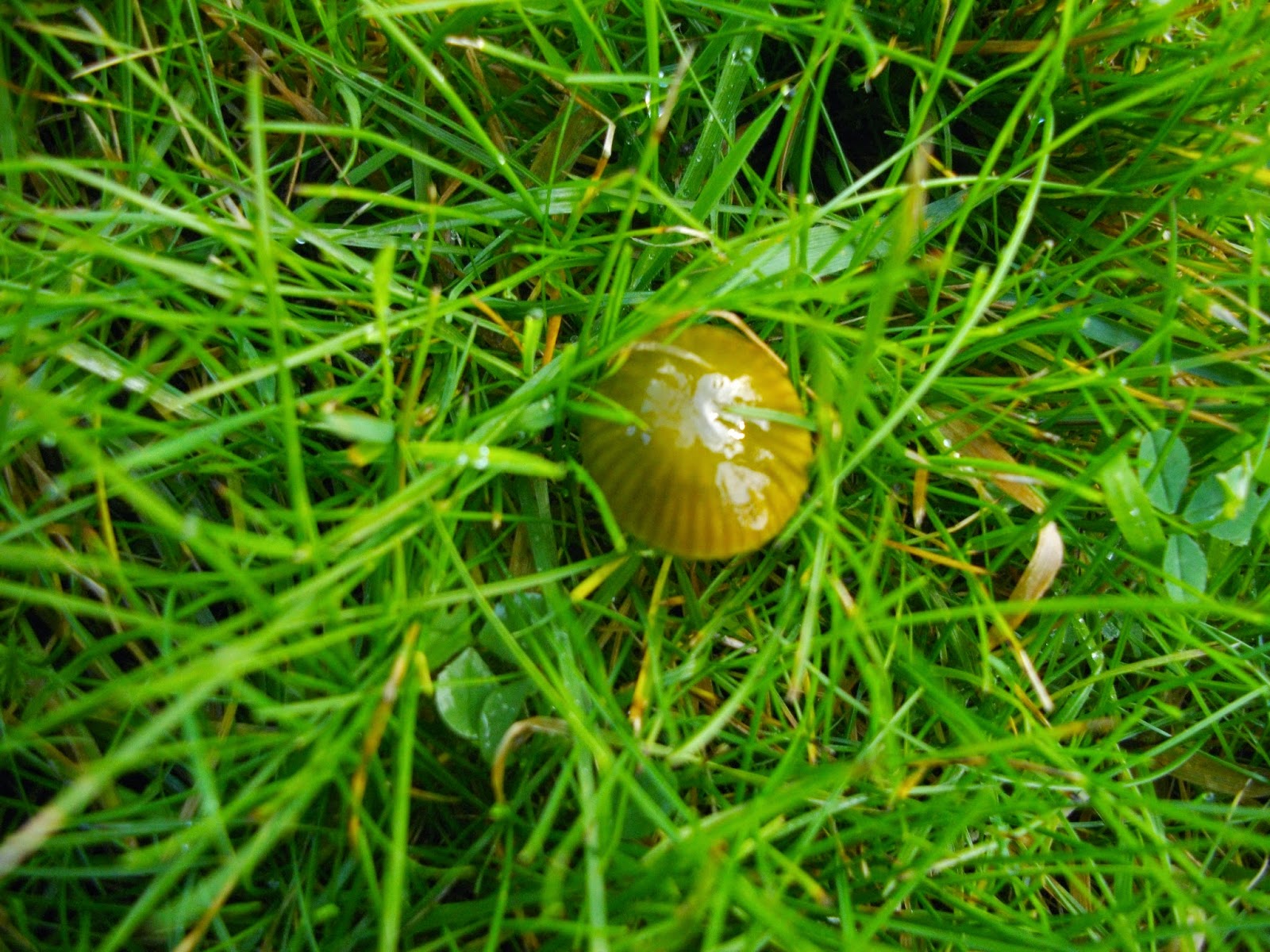 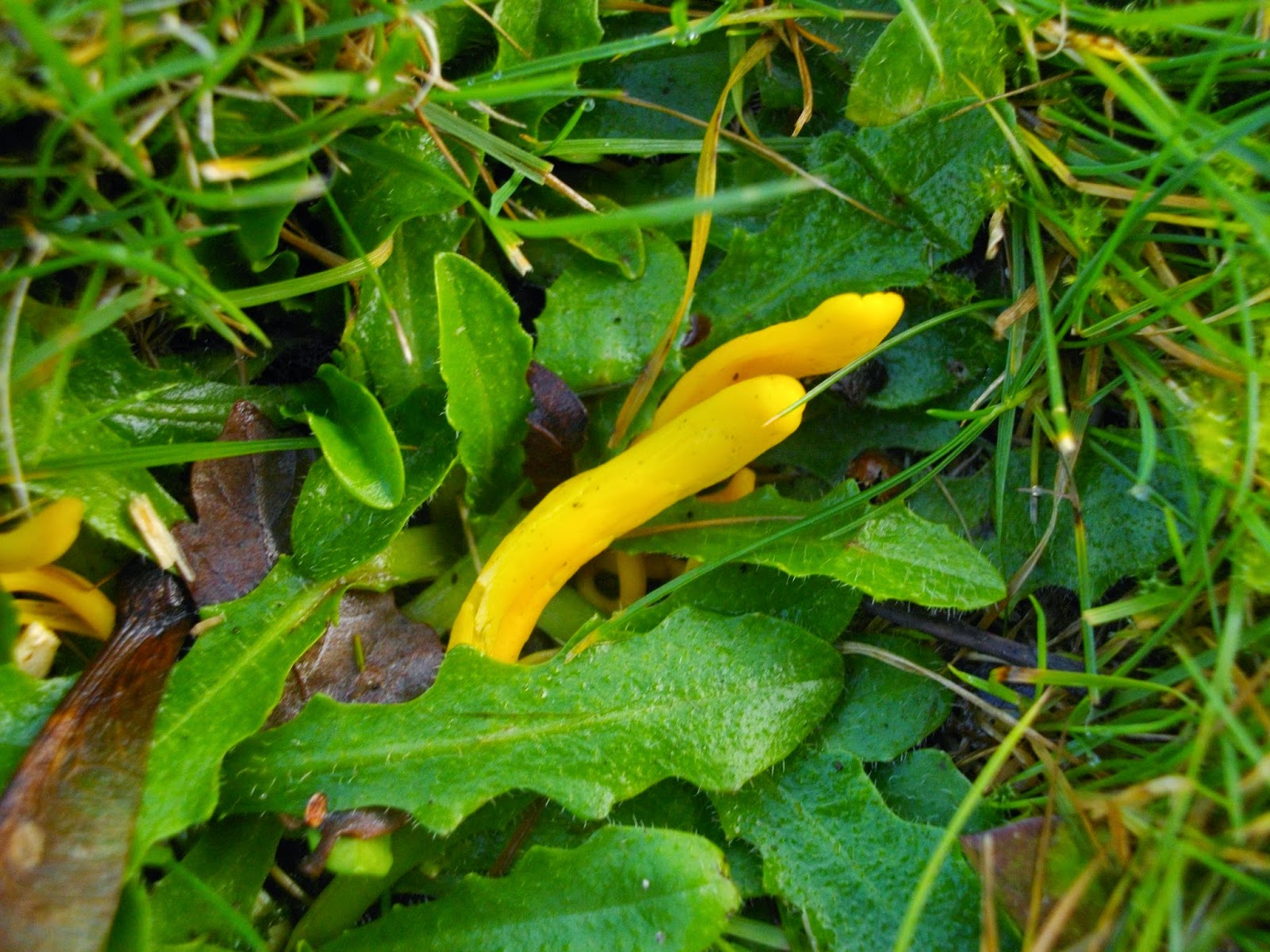 In the afternoon we had another interesting presentation, this time about the commonest fungi on trees and their effects on the host wood. All in all an excellent day, many thanks to Tony Leech & Anne Crotty who led the workshop.
Posted by James Emerson