After hearing that there had been a fresh crop of fungi at Earlham Cemetery I went along to the monthly walk held by the Friends of the Cemetery group. Ian the cemetery fungi expert was on a course, so I helped out with the identification as we went round. One of the main attractions was to see some of the Earthtongues that are probably Geoglossum glutinosum, but also new to me were several Slimy Waxcaps. In addition to the Waxcaps we saw some Pipe Clubs in a different location to last year, and also some small Earthstars in a new location. They will probably turn out to be Striated Earthstar, but it will be worth looking again to check for the similar Beaked Earthstar (the light was too bad to inspect them closely or photograph them at the time) 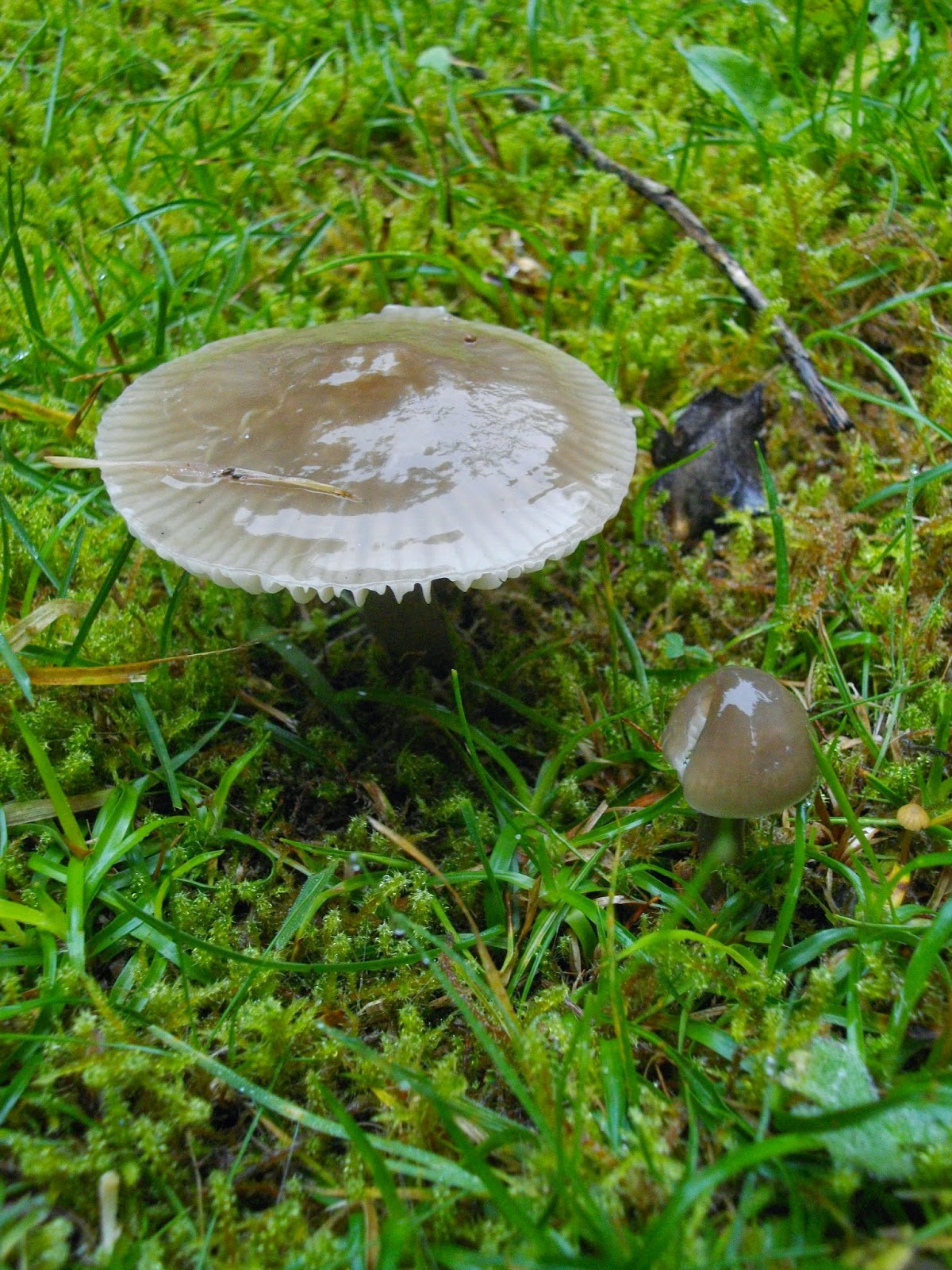 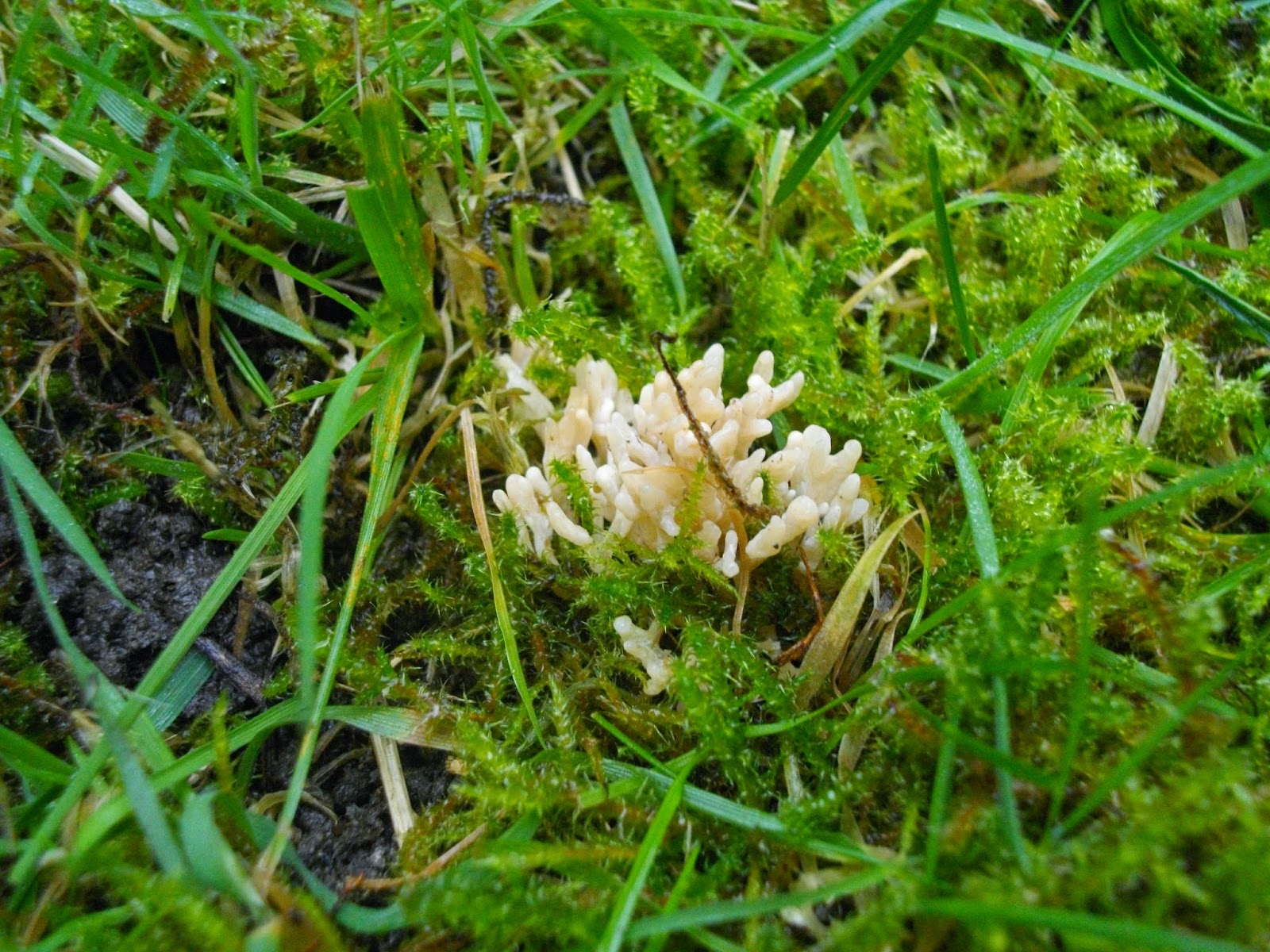 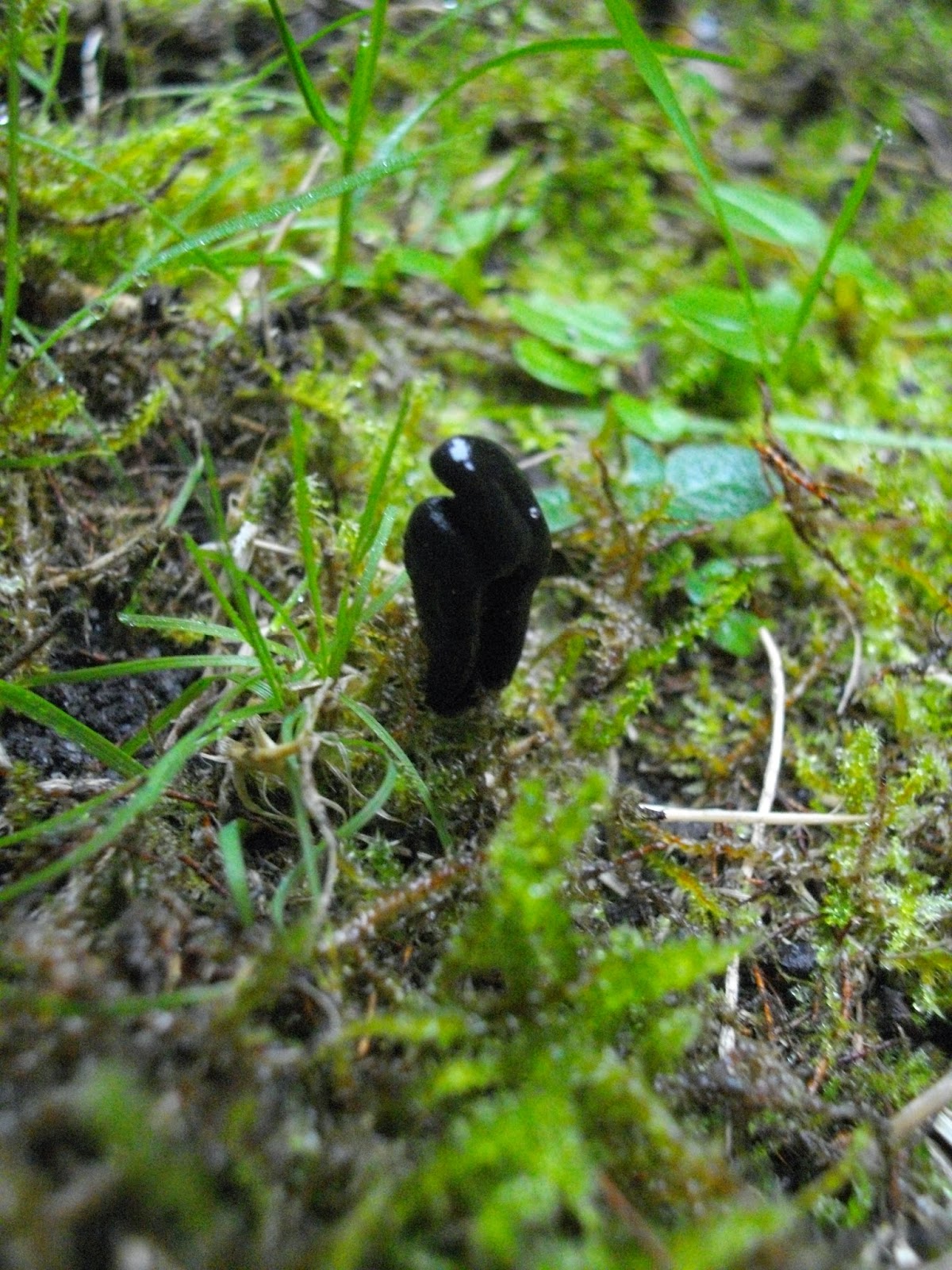 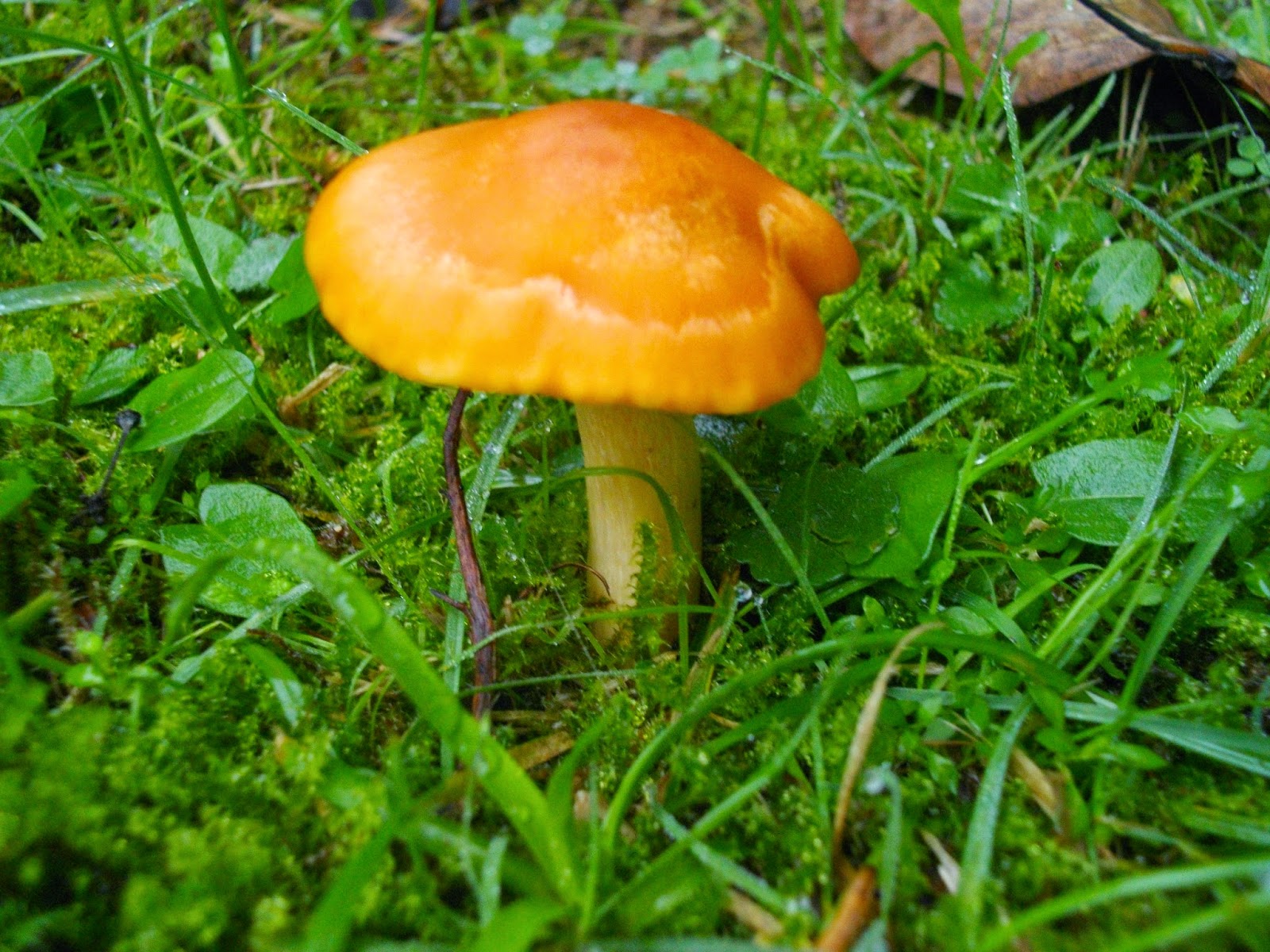 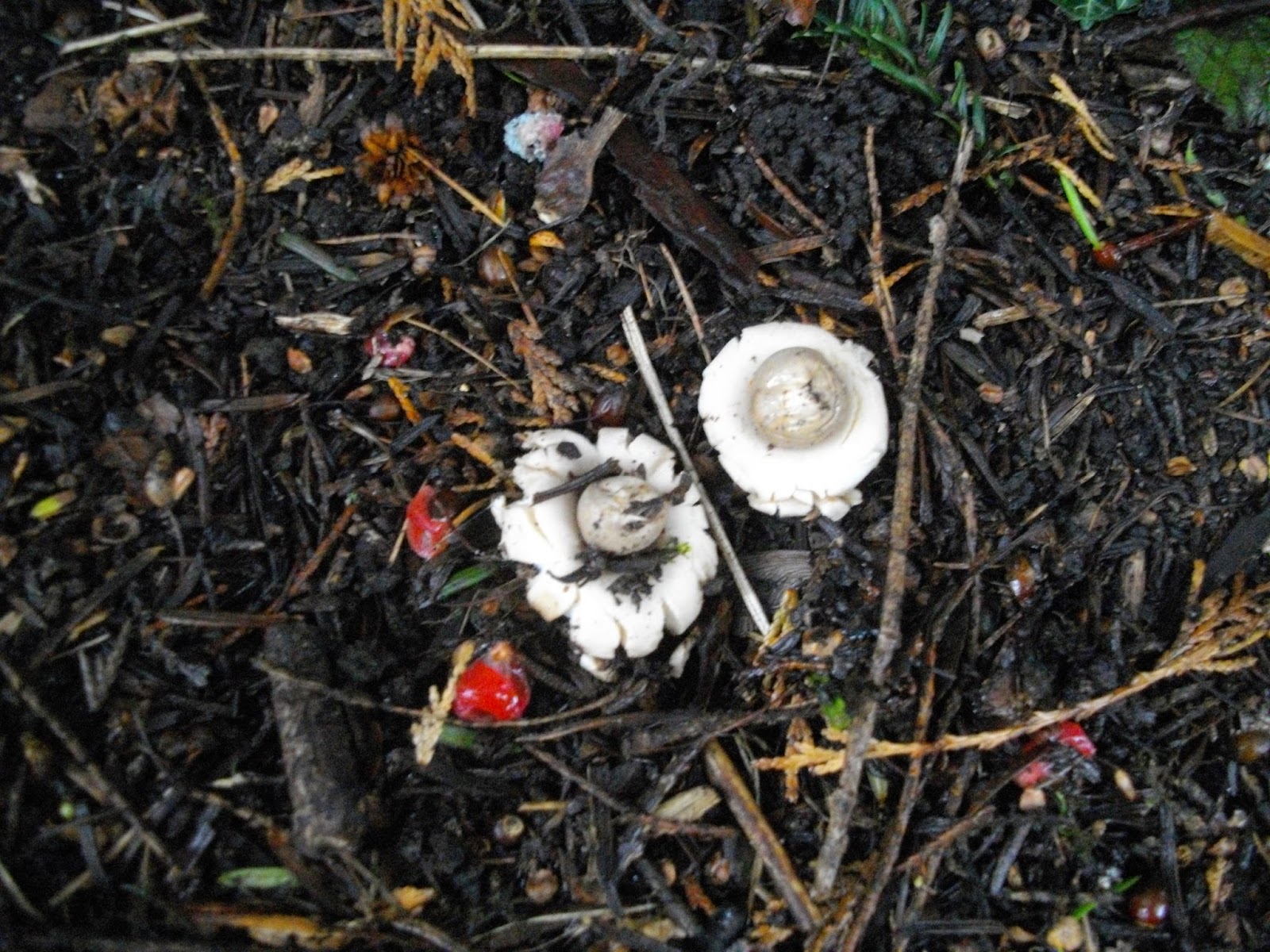 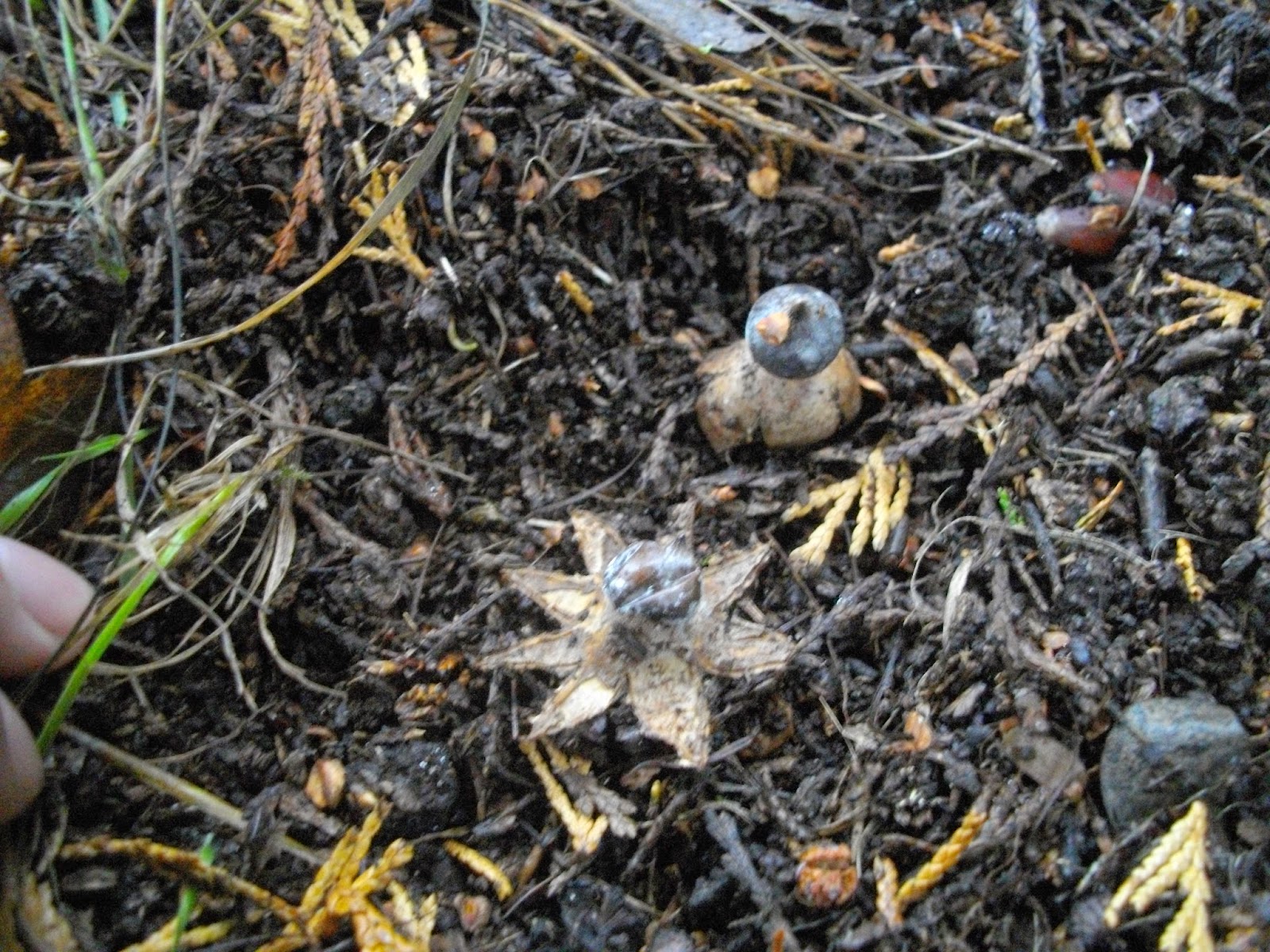 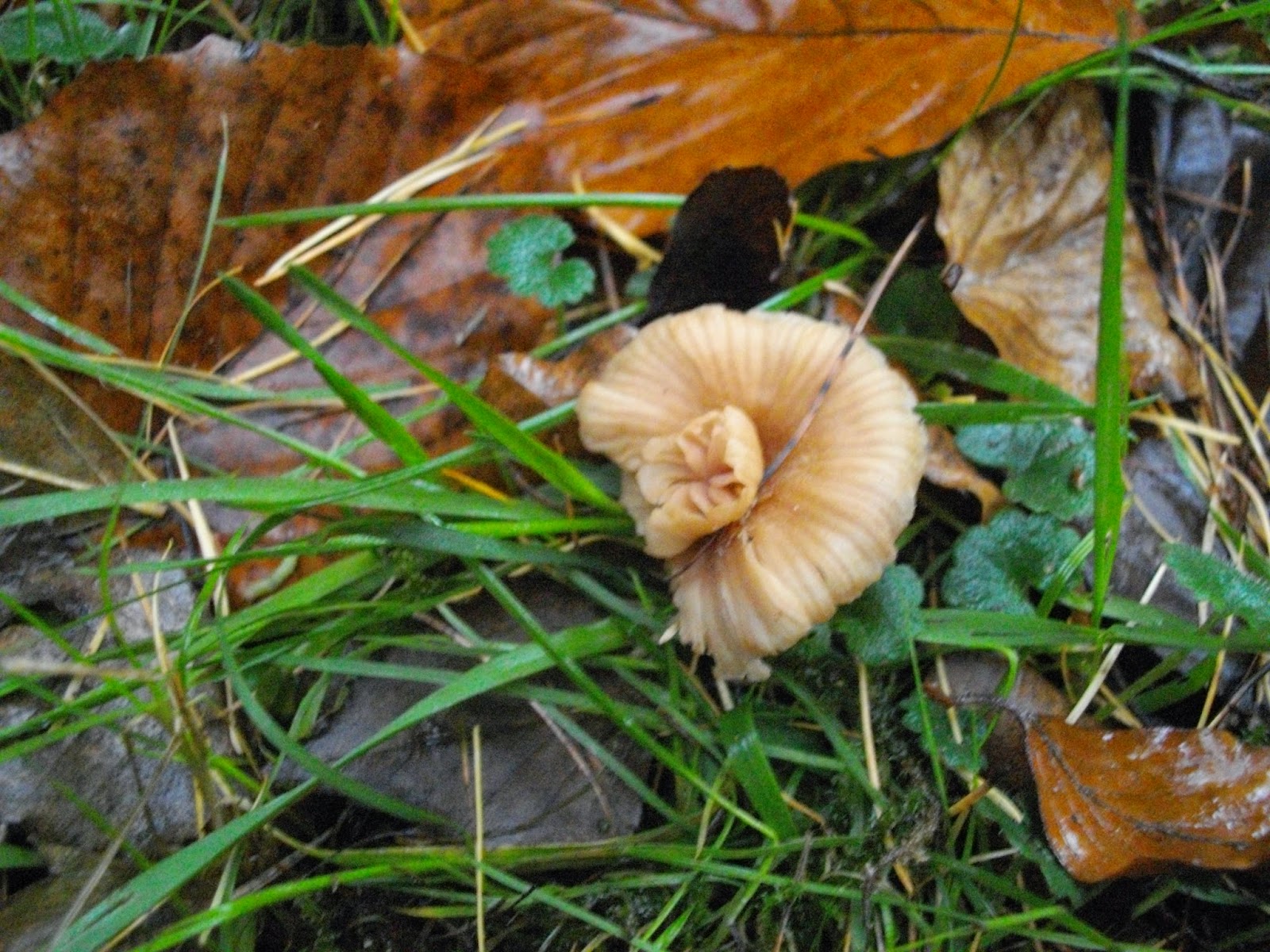 Deceiver with an inverted cap growing from the top. I can't remember what the term used to describe this is. 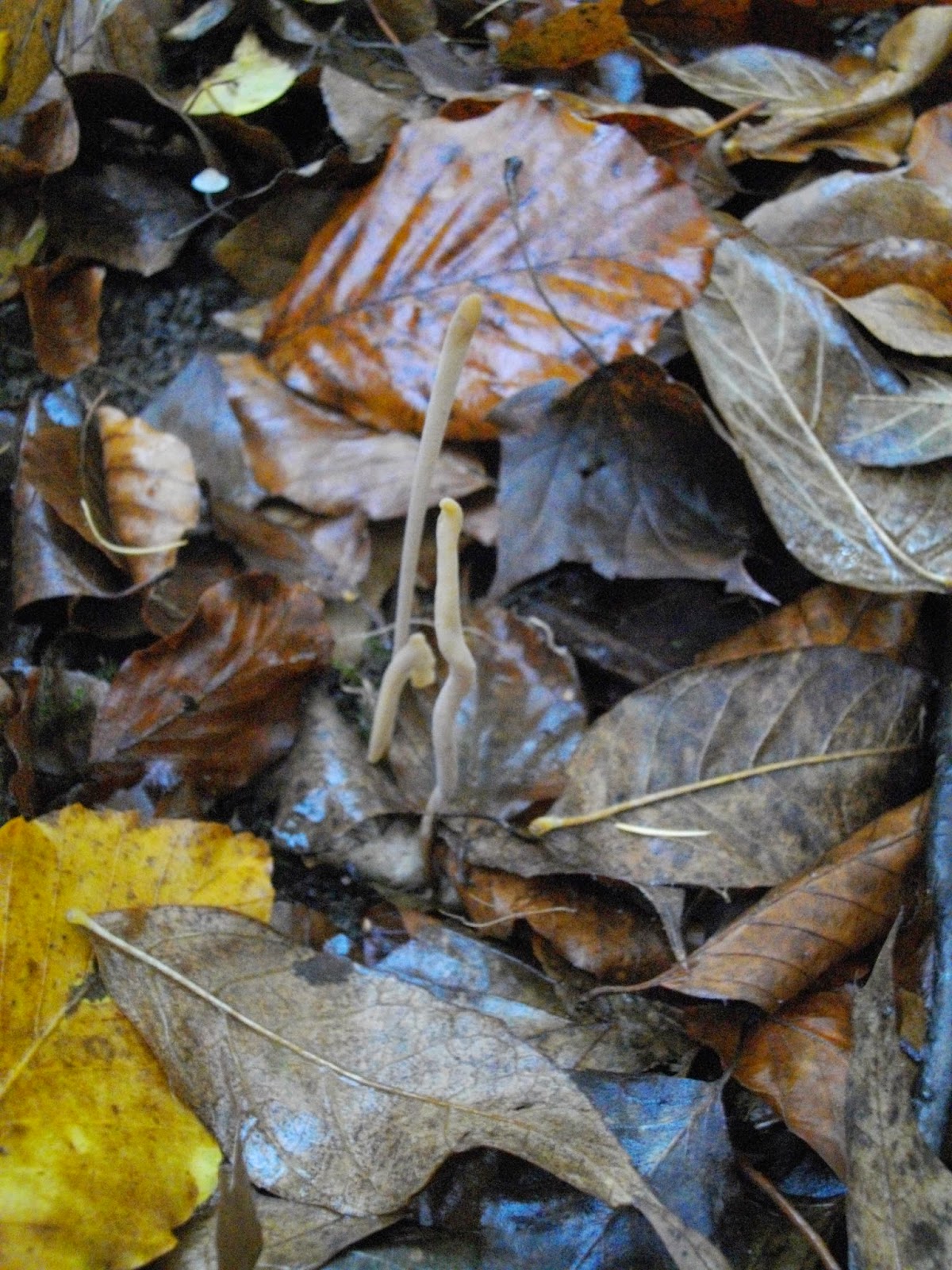