Despite the steady rain falling I decided to go to Whitlingham to look for ringed Black-headed Gulls. Last year there were birds from Norway, Denmark, Latvia Finland & the Netherlands (see then 2013 Whitlingham Bird Report for details), and this winter James Appleton has already seen several 'new' ringed gulls, including one from Sweden. As luck would have it despite loitering around the slipway in the rain I didn't see a single ringed gull. They are worth keeping an eye out for, and if you do see and report a ringed gull I would love to hear the details.

Deciding to move on from the slipway I walked as far as the island to look at the ducks. Two female Wigeon were present, an overdue patch year tick as I missed them in January. There was no sign of the Goldeneye, but Tufted Duck numbers had increased to 77 and Gadwall to 67. A single drake Shoveler, a pair of Teal and two Little Grebes were the other species of interest. Coot and Mallard numbers had also increased but I didn't count them.

The path along the south of the Great Broad was beginning to flood in places, so instead of walking back that way I went into the woodland edge and back across the picnic meadow. I had a look along the wooded edges and saw lots of fungi, including a large group of Tawny Funnels, scattered Yellow Fieldcaps, a Galerina sp (not sure which one!), some Tricholomas and lots of other small species. 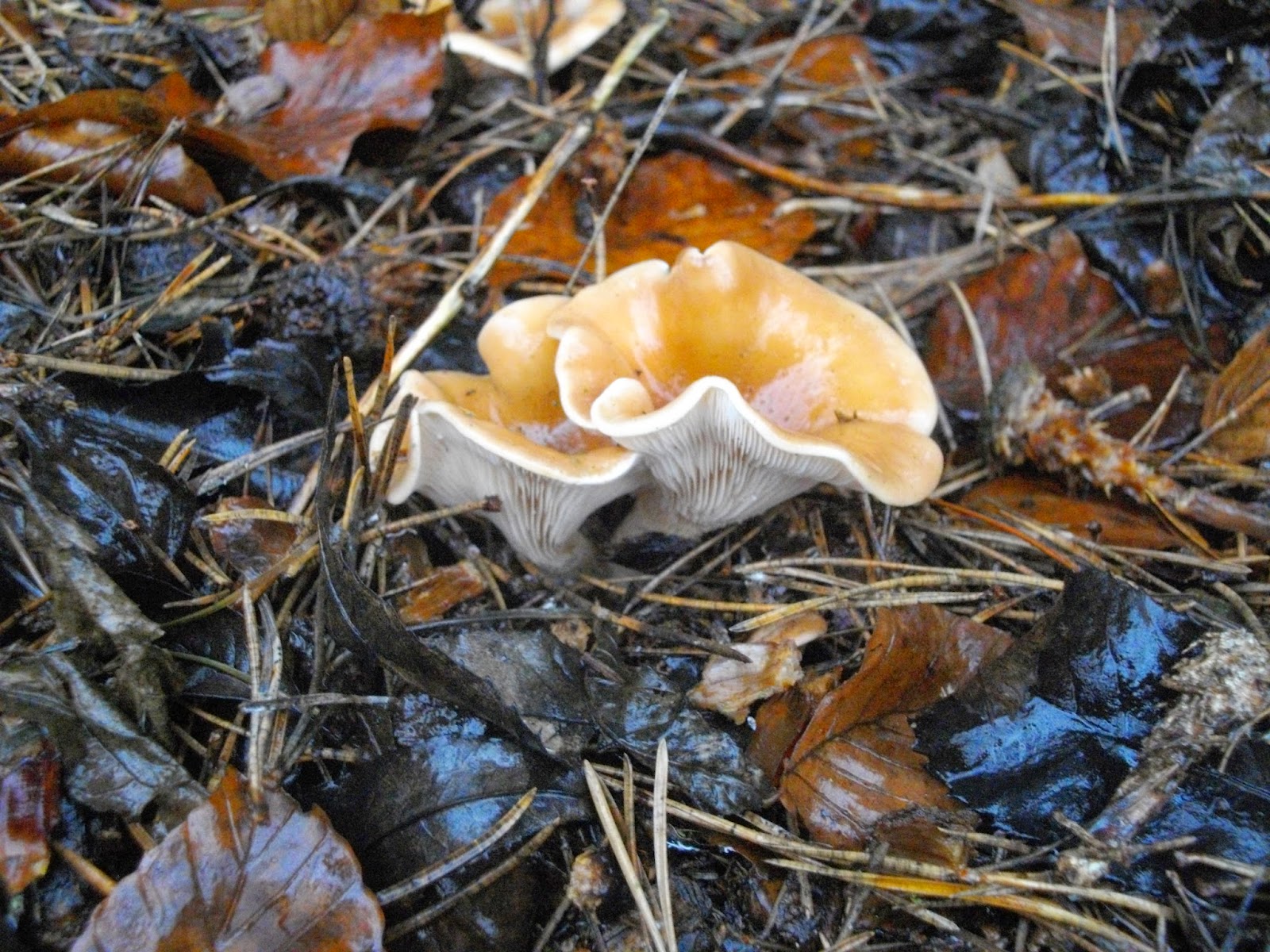 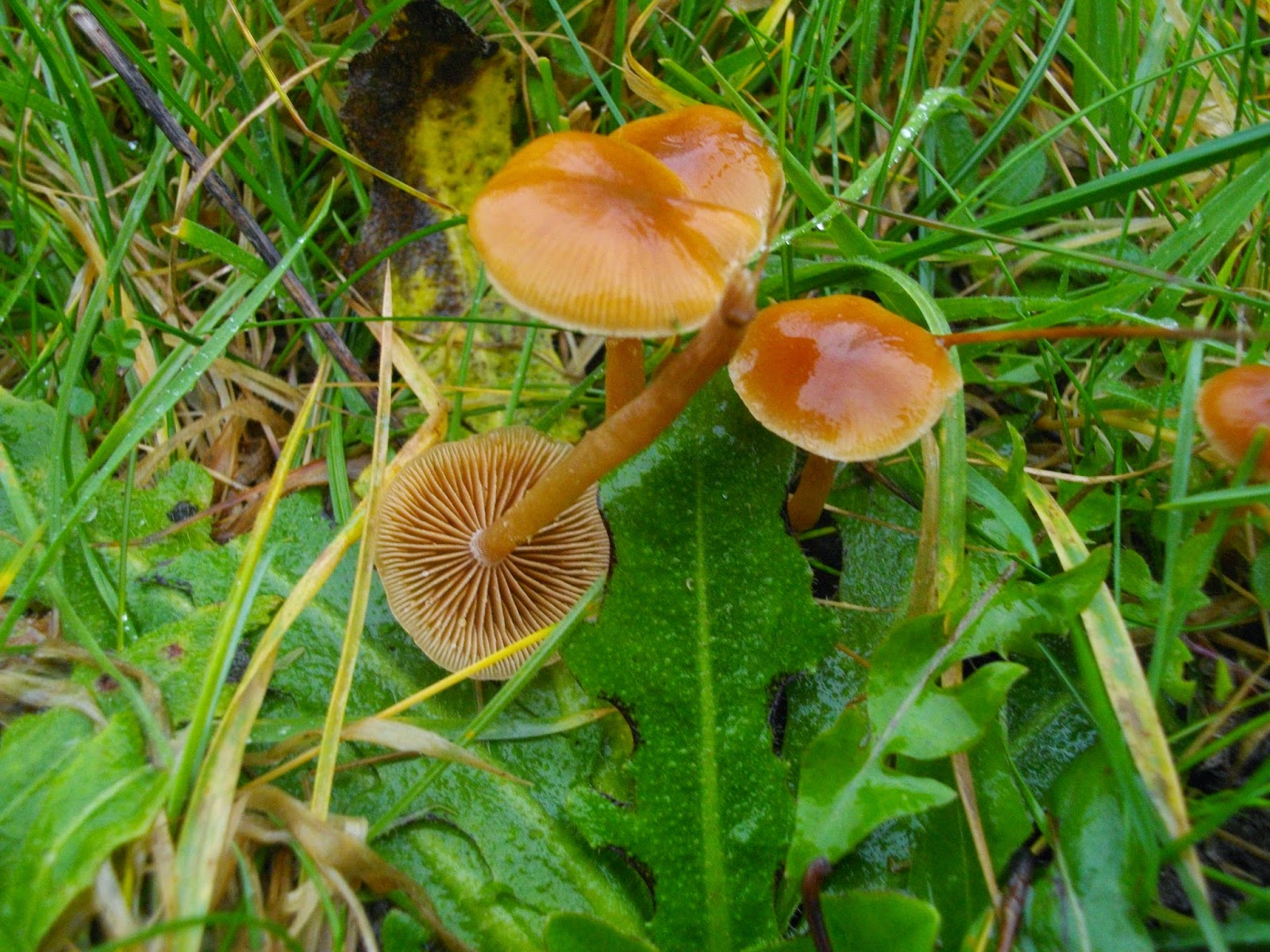 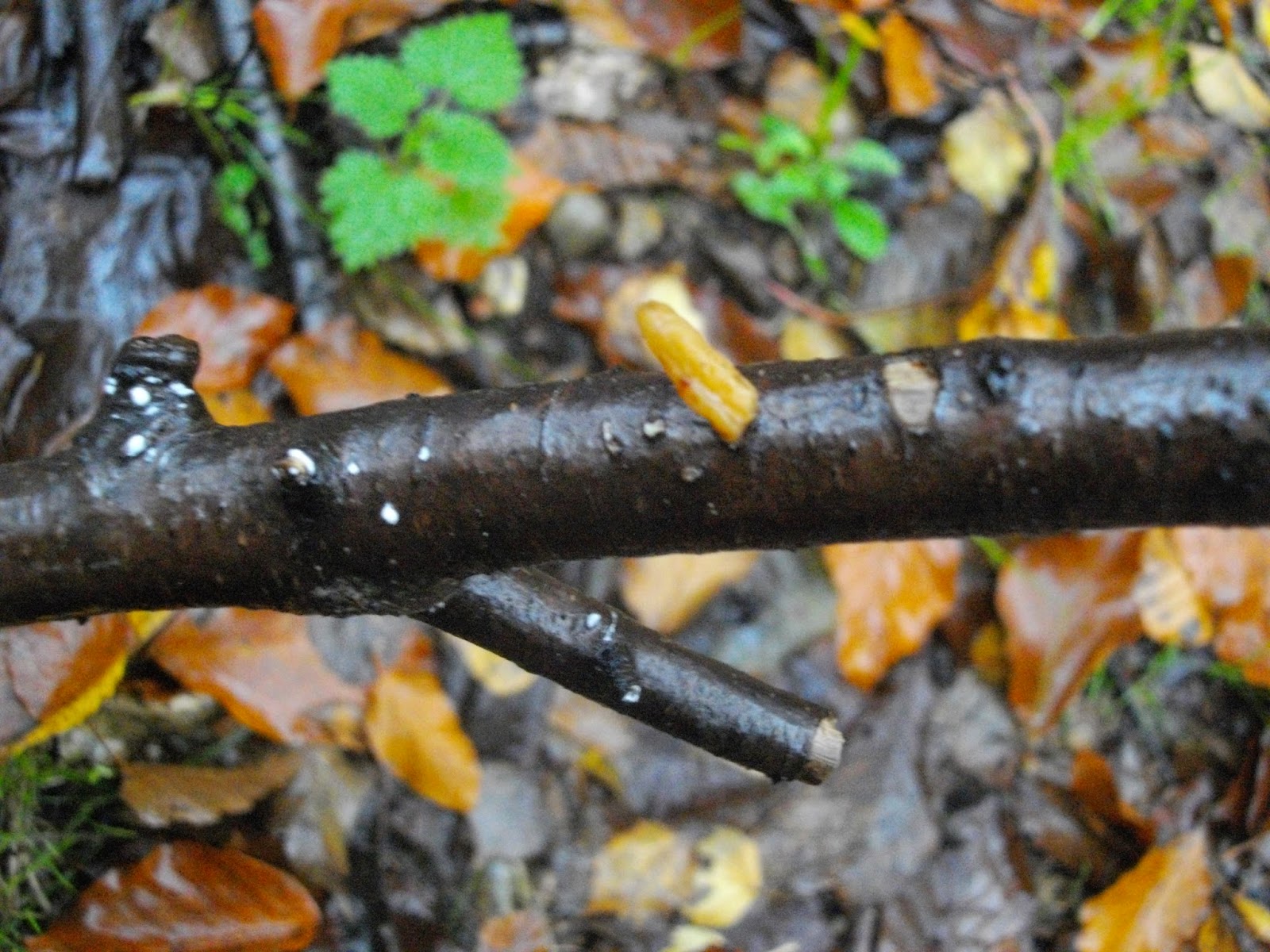 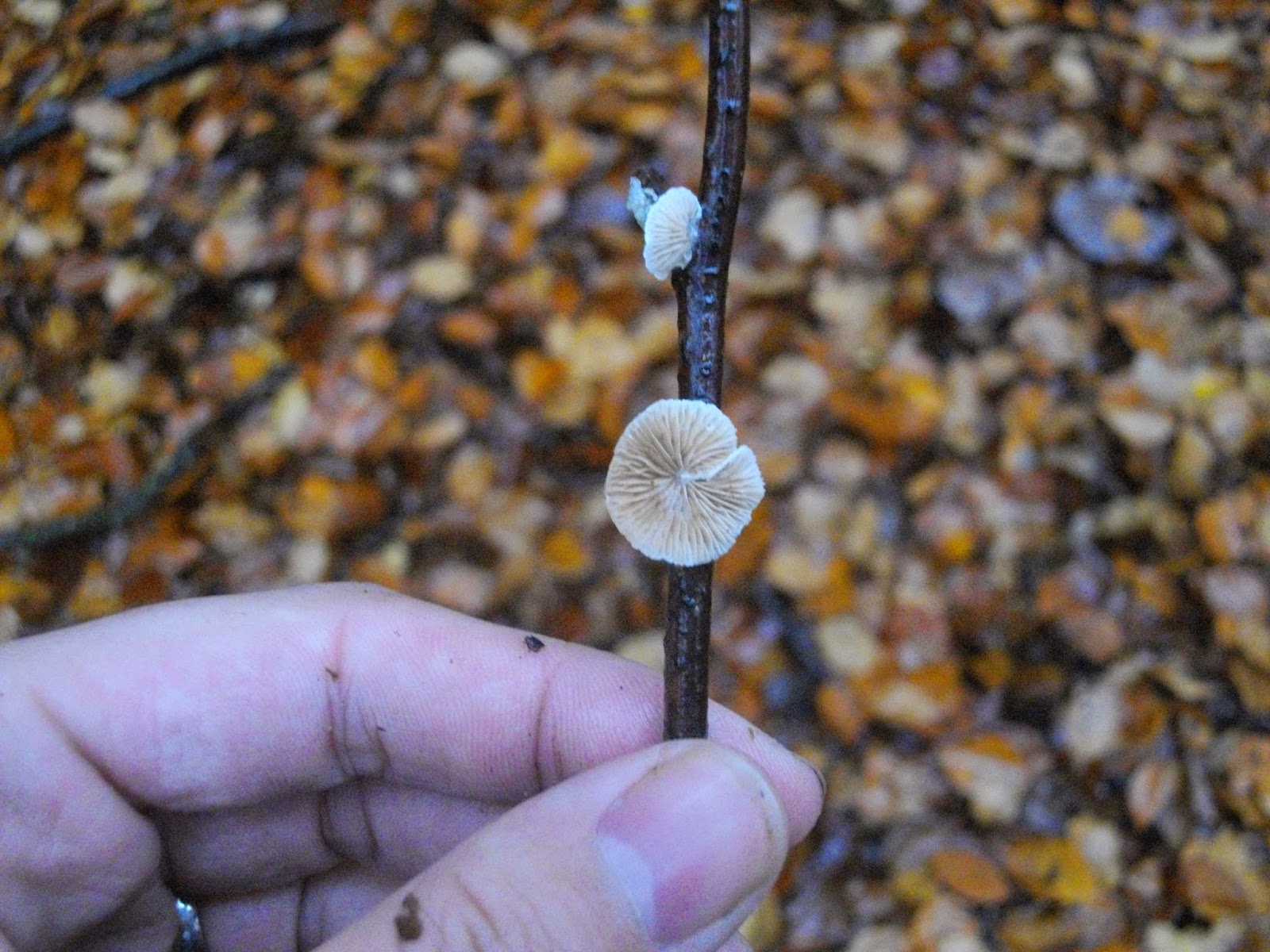 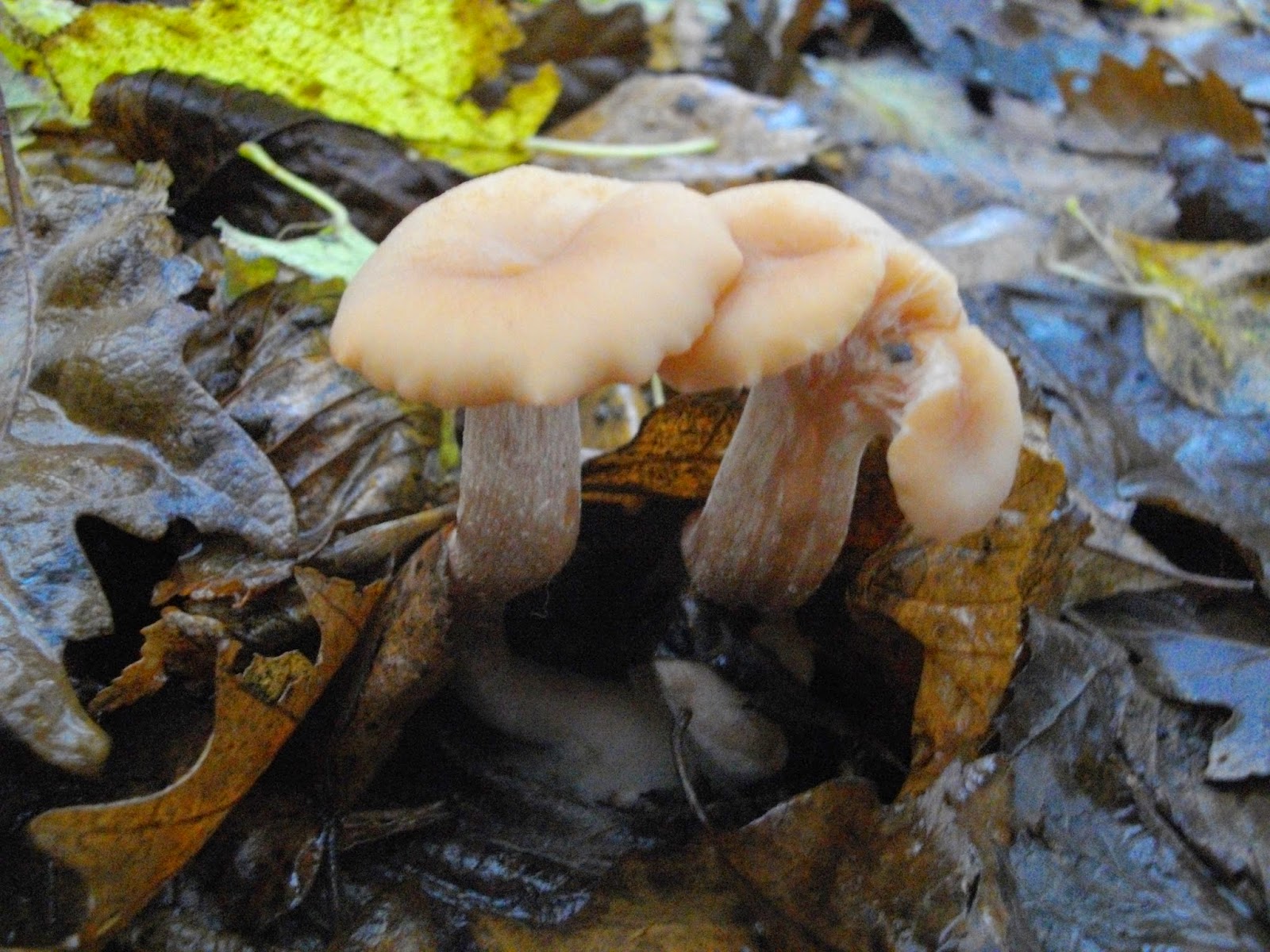