Looking down my Twitter feed today it appears I may be one of only three Norfolk birders to have not either stroked a Desert Wheatear or seen a Whale today. How strange.

Anyway, I went to Whitlingham to carry out the monthly wildfowl counts, starting as always with the Little Broad. 30 Gadwall were present here, mostly at the east end, but there was no sign of the Shoveler that had been here previously. Moving on to the Great Broad I stopped to scan one of the floating platforms and noticed a Cormorant standing on it. As I looked across it was joined by a juvenile bird, which was noticeably smaller than the first one. My hopes were raised that this was a Shag, but having got it in the 'scope the head didn't look quite right, and after giving it a good look I suspected that the small size was down to a mixture of natural variation and subspecies (sinensis are on average smaller than carbo). This was confirmed when I got back by Dave & Justin, so the wait goes on for that particular Whitlingham tick. 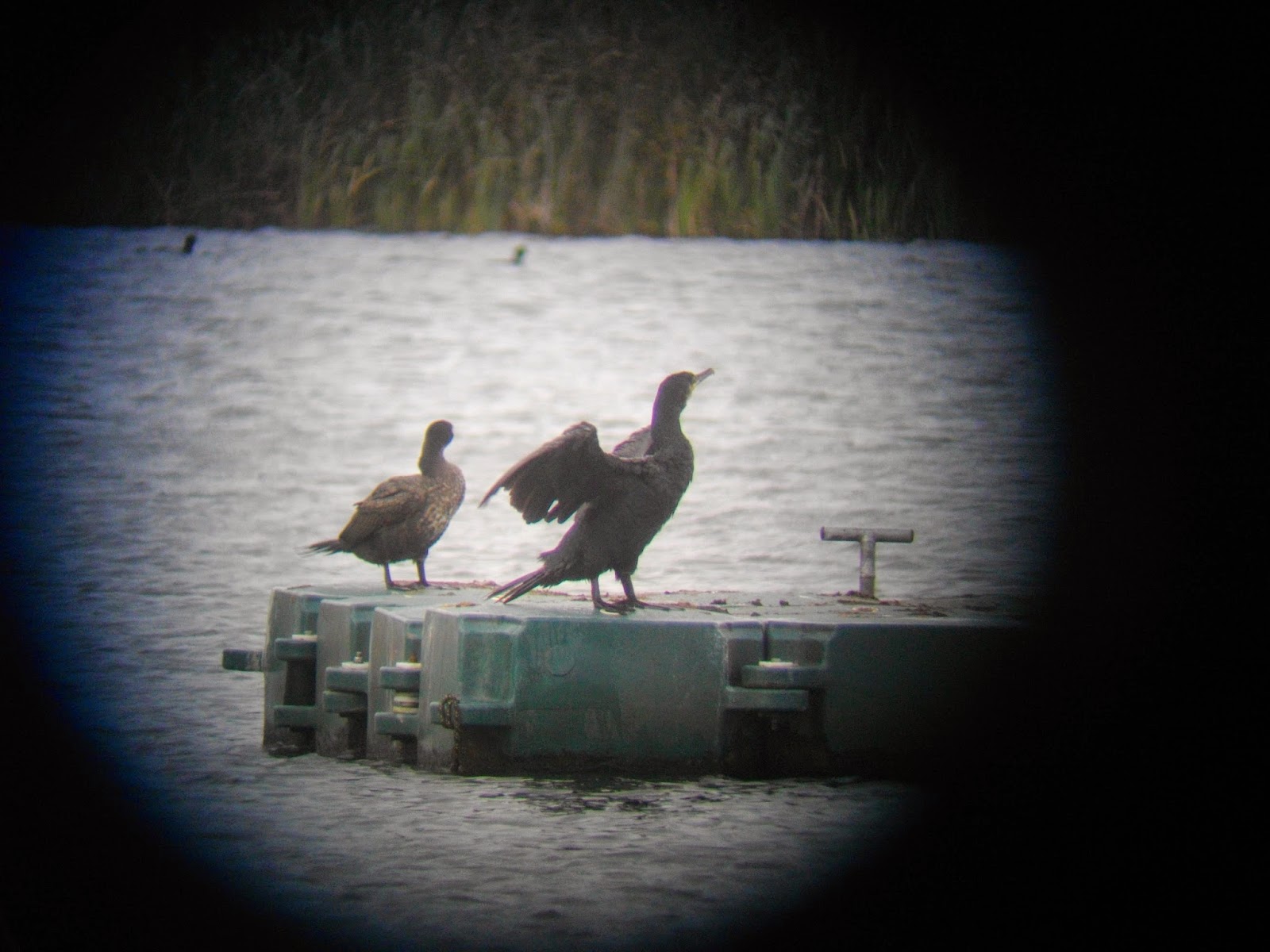 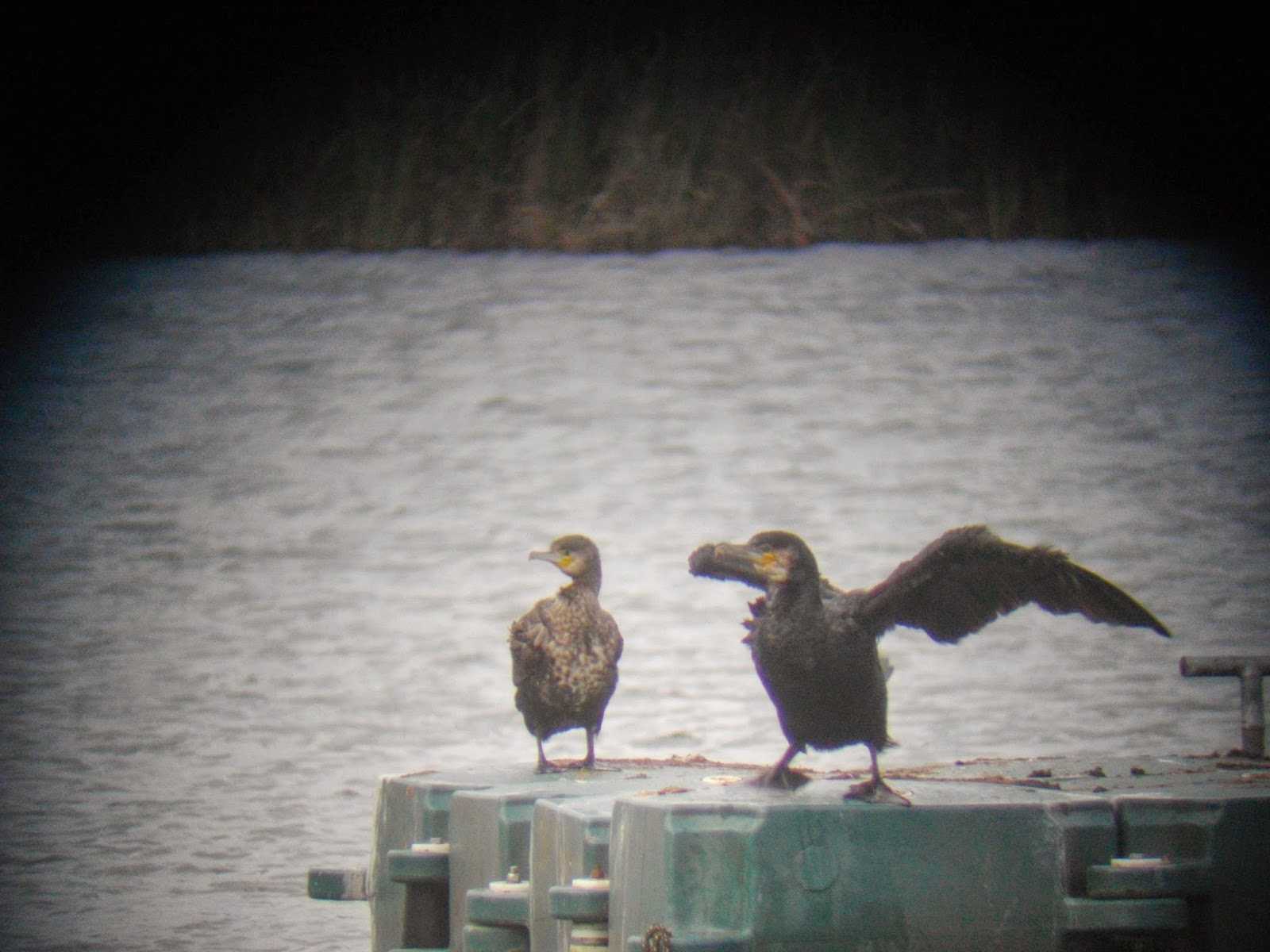 One of the downsides to doing bird counts is not being able to wander off and look at other things, but I did allow myself a quick nip into the woods to look for some fungi under the beeches. There were several species around, including Milking Bonnet (Mycena galopus). Across the river at Thorpe nine Snipe were visible, with probably many more hidden from view. In the conservation area there were a large group of Tufted Ducks (66 in total) as well as 18 Gadwall and a female Goldeneye. The latter may well be the bird that has recently been at Strumpshaw. Two Little Grebes and a Great Black-backed Gull were also of note. 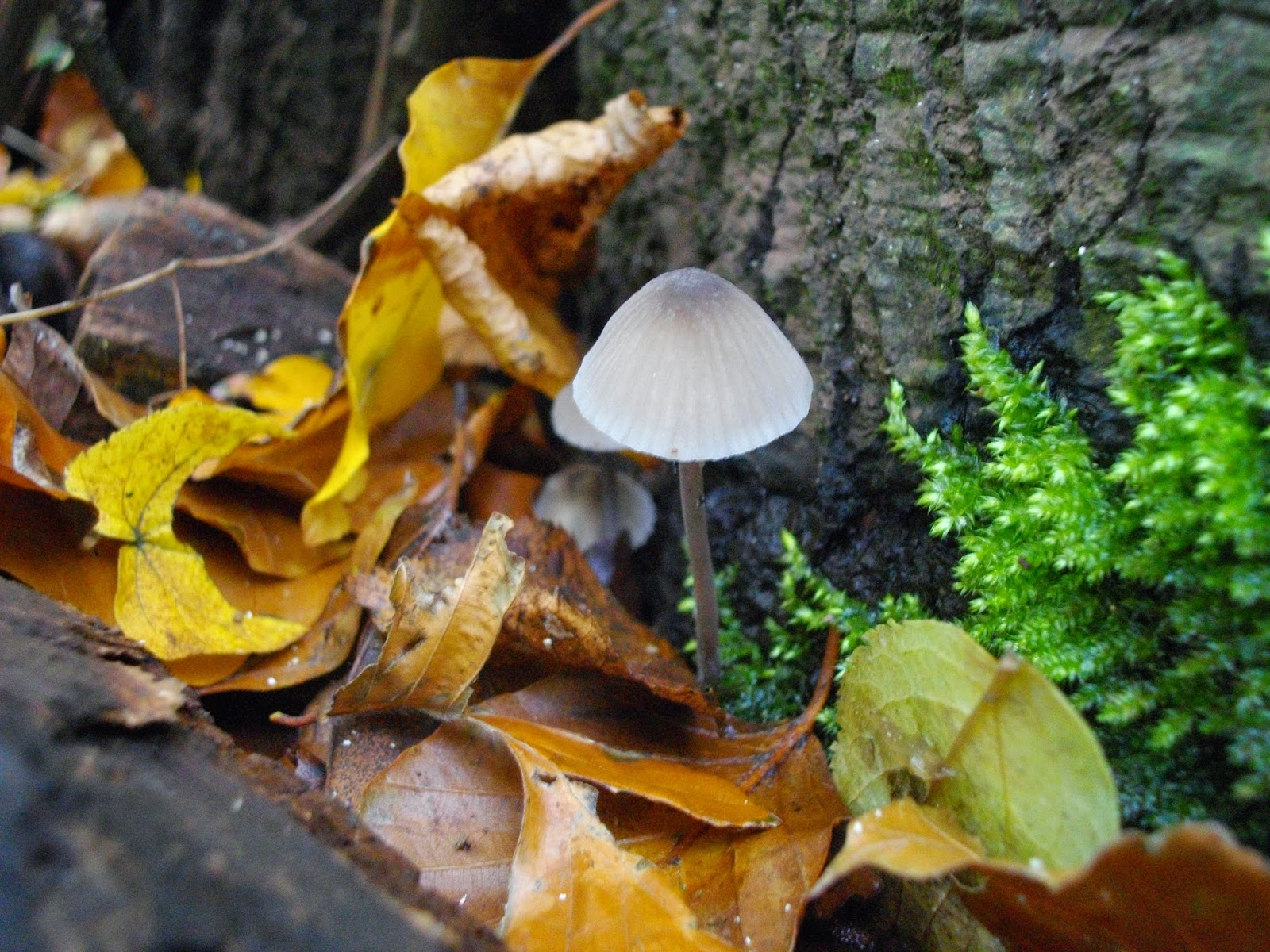