Weeting Heath is usually closed to visitors once the Stone Curlews depart, but as part of our workshop we had been granted access to some of the heathland. Whilst I waited for the rest of the group to arrive from Thetford Warren, Andy Musgrove showed me some leaf mines in the nearby Oak and Buckthorn trees. 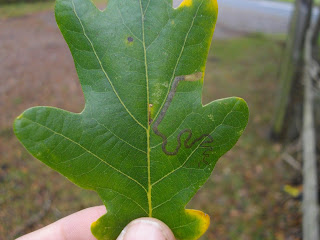 On the heathland south of the hides we saw three additional Cladonia species to those seen at Thetford Warren, Cladonia foliacea, Cladonia pocillum and Cladonia rangiformis. A rare breckland species, Diploschistes muscorum, was also found in this area, along with some Wild Thyme and Toasted Waxcap (Hygrocybe colemanniana). On the way back to the car park I noticed a number of large Collared Earthstars, my 5th erathstar species of the year. 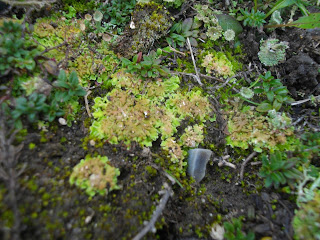 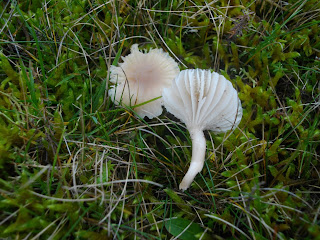 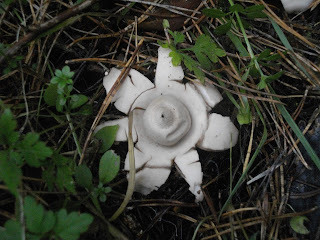 Several of the group left, but the remaining participants crossed the road and went onto the north part of the heath. Our targets here were three tiny lichens that have all but vanished from the Brecks, now only found in an old sand pit at Weeting. They took some searching, but Peter eventually found all three target species - Catapyrenium lachneum, Psora decipiens and Toninia sedifolia. 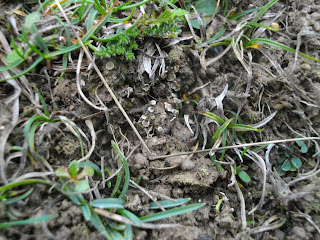 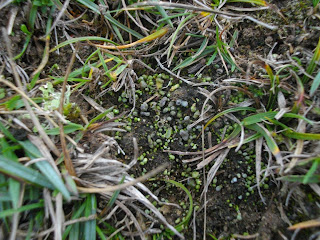 Thanks to Peter Lambley for leading the workshop, Breaking New Ground and NBIS for organising it, and NWT for allowing access to Weeting. Further lichen workshops are planned for next year, so if this sounds like you sort of thing then keep an eye out for announcements on the Breaking New Ground website: http://www.breakingnewground.org.uk/events/
Posted by James Emerson