After my Whitlingham bird count I went home for lunch then back out, this time to Earlham Cemetery for the second fungi walk of the autumn. This time Ian was present, so he was able to show the group some different areas to those that we visited in October. Despite an overall drop in fungi numbers we still found a good range of species, including several that were new to the cemetery. These species included Toad Ear (Otidea bufonia) and White Saddle (Helvella crispa). A grey parisitic fungus growing on Crested Coral (Helminthosphaeria clavariarum) was one that I hadn't seen before, and there was just time to check out some buff-coloured Clavaria spindles that will almost certainly be new if we can identify them! 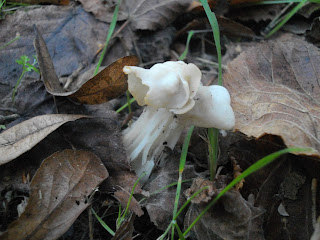 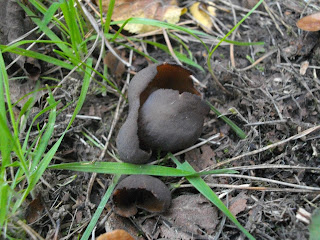 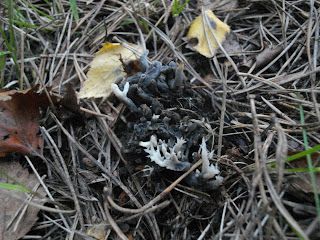 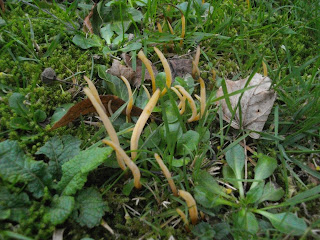