Another overcast day on Sunday for the Whitlingham WeBS count. The most interesting bird was the Goosander that has been seen in the area on and off since the summer. It had been showing very well on the main slipway, but had been disturbed by the time I worked my way round, and I caught up with it a bit further east. 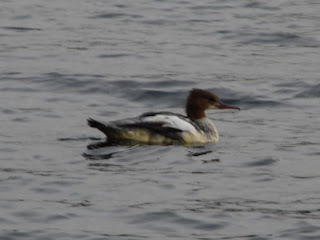 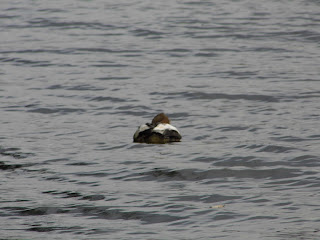 Two other interesting sightings were a Goldeneye on Thorpe Broad (the 2014/15 winter was quite mild so I didn't see any here earlier in the year) and a combined Whitlingham/Thorpe count of 65 Cormorants, which is my highest ever count here, and possibly the highest count in general. Other species with reasonably high counts included 92 Greylag Geese, 67 Mallard, 133 Tufted Ducks, 157 Coots and around 300 Black-headed Gulls.

New species were rather hard to come by. Last time I was at Whitlingham I had noticed a leaf miner in Hazel and been told that in order to separate two similar species of moth caterpillar I had to have a closer look at the pattern of the frass (a posh word for leaf-miner poo). I did this, and it looks like this one is Stigmella floslactella. 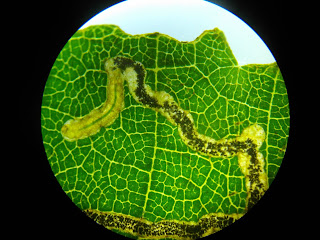