On Sunday I headed to Ashwellthorpe Lower Wood for a joint NNNS/Norfolk & Suffolk Bryology Group 'Mossing for Beginners' session. We began by comparing pleurocarpous and acrocarpous growth forms of mosses, and separating mosses and liverworts (not always as straightforward as you would think). Having not done much moss recording in the past, around half of the species we saw were new to me, but it was also useful to re-aquaint myself with some of the commoner species. Two of the most interesting species were the moss Homalia trichomanoides and the liverwort Pellia andiivifolia, pictured below. 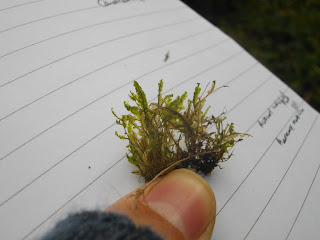 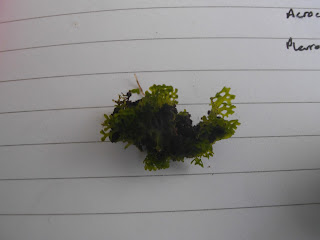 The rain and cold meant that there weren't many insects about, but a Feathered Thorn was nice to see, particularly as I had only seen one before. There was also quite a bit of fungi about, including a branch full of Green Elf Cups. Whilst others were looking at mosses growing on some branches, I noticed one of the 'hand-writing' lichens, and some Two-toothed Door Snails were also present. 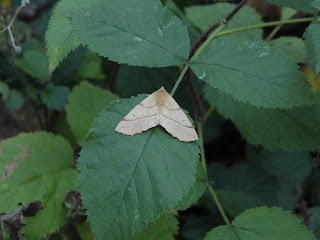 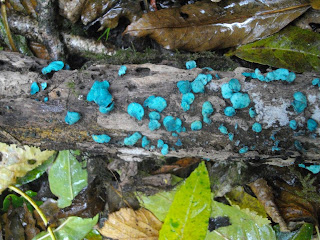 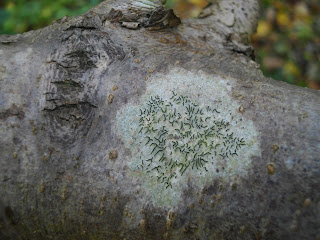 We stopped for lunch on a large log, and nearby there were lots of King Alfred's Cakes and Dryad's Saddle. Andy found some Spurge Laurel, and later we were able to compare it to Wood Spurge. Along the edge of the wood we heard and then saw a Kingfisher, seeming very incongruous on the edge of a small pond. There was time for a few more interesting fungi, in particular the bright reddish-orange Pluteus aurantiorugosus growing on a fallen log. 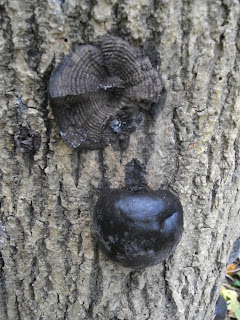 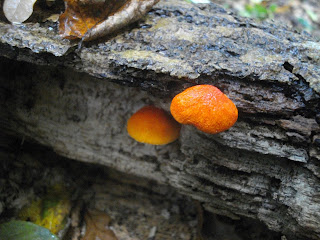