This afternoon I received a phone call from Justin to tell me that he had found a Velvet Scoter at Whitlingham. Whilst Common Scoters turn up fairly regularly inland, Velvets are much less frequent away from the coast, and I'm not aware of any previous Whitlingham records. Unfortunately for me I was still at work, but once I had finished I was kindly allowed to go a bit early, and as a result I go to Whitlingham just after sunset. Luckily the Velvet Scoter was still present, and there was still enough light to see it just to the west of the island, swimming about and doing the distinctive diving action that they are known for. Hopefully it will still be present tomorrow to give more people the chance to see it. 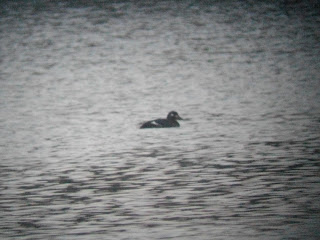 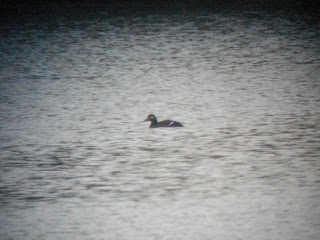