In January I had visited Catton Park and checked out the eastern woodland edge, so with a bit of time free I popped in and checked out the western parts. Of interest were a few plants of Butcher’s Broom and Oregon Grape that appear to have naturalised. Robert Maidstone had recently highlighted some galls that he had seen on Box bushes, so I checked out the areas of Box and found two different galls, Spanioneura buxi and Monarthropalpus flavus, both species that I’ve not recorded before. 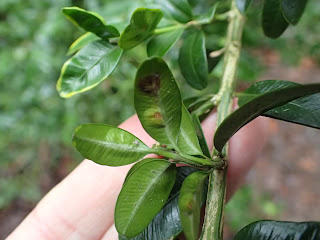 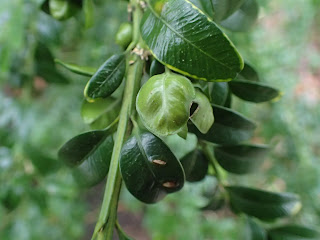 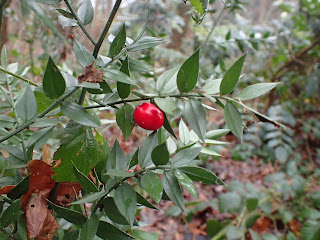 Further round I arrived at the pond, which was covered in a duckweed sp, either Lemna minor or L. minuta. Fungal highlights included some nice specimens of Yellow Brain (Tremella sp, probably T. mesenterica) and Black Bulgar (Bulgaria inquinans). There was a bit more birdsong than on my previous visit, but only common woodland species were seen. 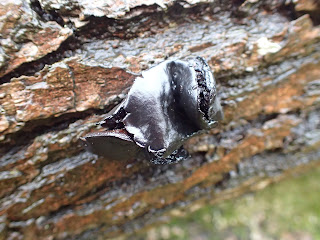 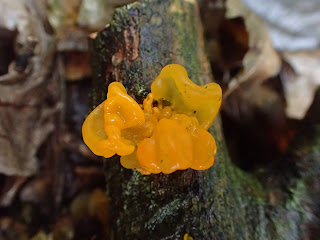