The news that a Black-necked Grebe had been found on the broad at Thorpe led to that familiar winter feeling of wishing there was more daylight in the evenings and hoping that it would stay until the weekend. Previous birds, and there haven't been very many, were short-staying, so I was pleased to find that it was still present on Saturday. As I headed towards Thorpe Marsh I was met by James Lowen, who along with several other local birders were also keen to see the grebe. We located it fairly quickly, although closer views were typically obscurred by the vegetation. After a while I went further round the path and enjoyed unobscurred although more distant views. This was only my second patch Black-necked Grebe, and my first since 2010. It then began to hail, so I completed a hasty lap before heading to Thorpe Green to check the gulls. The green-ringed Norwegian bird J6U2 was present, as was the local Muscovy. It continued to rain, so I decided against staying out any longer and headed home. 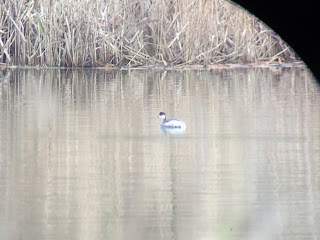 Out in the open for a few seconds before diving 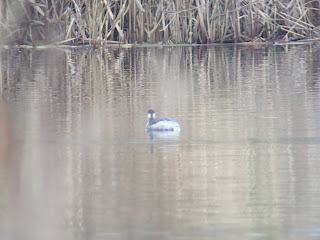 Trying to spend most of that time facing away 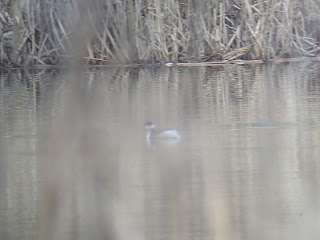 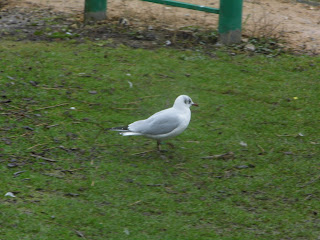 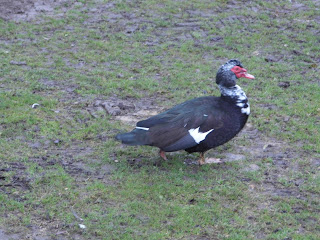