Each spring Cathy & I take our mums out to some gardens as a late Mother's Day trip, and we try to find places that we haven't been before. This year we chose Hindringham Hall, a small hall with gardens in north Norfolk that opens to the public for 3 hours, twice a week. Seeing the photos on the website I wondered if that would give us enough time to get round, but actually we had a good look and tea and cake comfortably in that time. 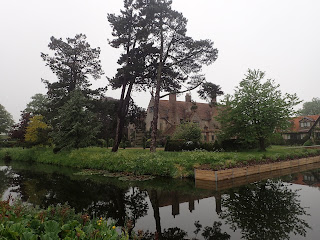 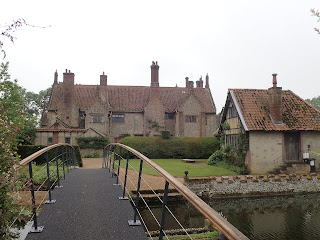 One of the main features is a complete moat around the hall, apparently dating back to 1150. This held a pair of Black Swans with two cygnets, and the male was rather aggressive in defending them, at one point sneaking onto the path and charging Margaret! The pair were presumably bought and placed here, but the offspring might be free flying if they survive (apparently the brood was larger but predated by Mink). Perhaps better were the series of House Martin nests under the eaves of the hall, which were being patched up by the adult birds. 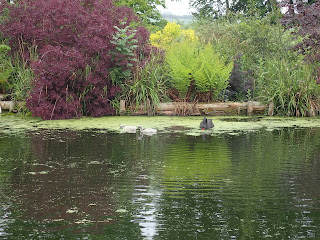 The overcast conditions limited the insect life apart from bumblebees, but I did find a new leaf mine, Phytomyza astrantiae on Astrantia leaves, a ginger Merodon equestris was a smart looking hoverfly and Cathy found a Meadow Longhorn moth as we walked back to the car. 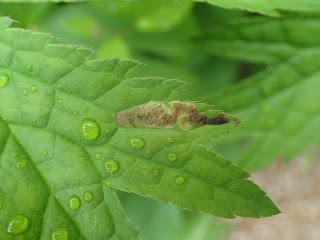 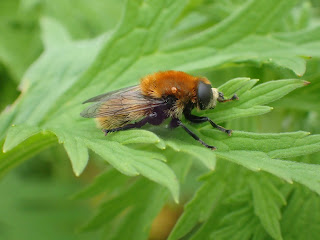 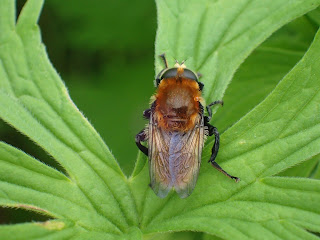 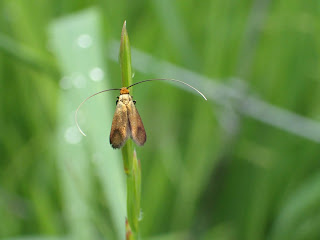