After dropping Cathy & Rose off in the city I decided to spend an hour or so up at Mousehold Heath. Checking the birches I began to see Parent Bugs, so named because they stand and guard their eggs. At least 12 of them were found in a small area, undoubtedly a small proportion of the true number. 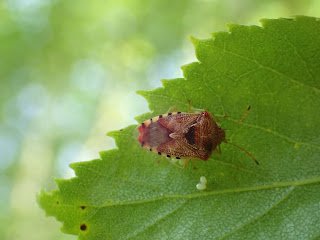 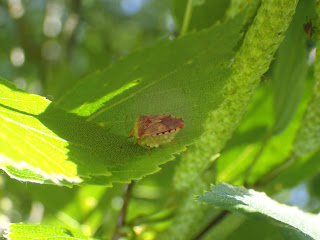 Whilst looking at the birches I started to find leaf mines, including some made by moths, sawflies and a weevil. Of these Eriocrania salopiella was new to both me and the 10km square, and Stigmella lapponica was also a good find. The sawfly mines were caused by Fenusa pumila, whilst a mine ending in a neat cut out circle was caused by Orchestes rusci. Pictured here in the same order - 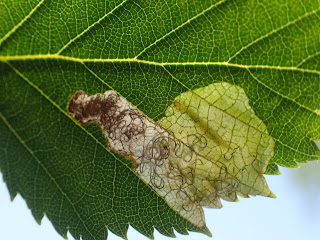 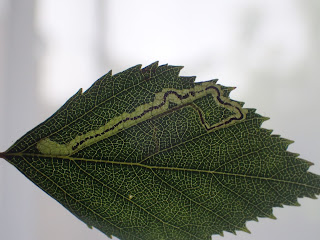 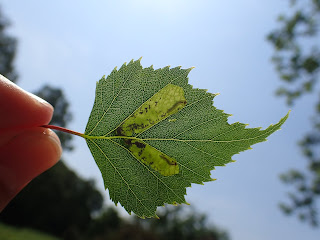 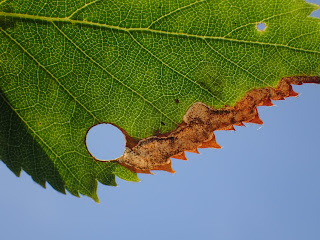 I had hoped to see some bees that Jeremy & Vanna had seen around the pond, but there didn't seem to be much flying around, however I did find a Panzer's Nomad Bee, Nomada panzeri, which completed the set of three similar species for me. Another Alabonia geoffrella moth, Broom Beetle and Green Tiger Beetle completed an interesting trip to the heath. 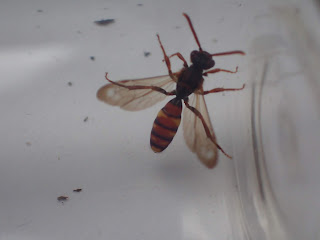