Having earmarked this day to go birding with Adam, Gary and Jim, it was somewhat typical that the winds were uncondusive to seawatching or migrant birds. We had initially been thinking of getting a lift up to the coast and then using the Coasthopper bus to move between sites as a nostalgic reminder of birding before I passed my driving test. Unfortunately the lift would have meant starting very early, so I decided to drive.

Upon reaching North Walsham to pick up Adam we had a quick chat to plan the day, and decided to head for Blakeney. Adam suggested heading to the King's Arms, which seemed to be an odd place to start as it sits on the high street, but what we didn't realise is that the garden out the back is adjacent to a scrub-lined lane and National Trust owned meadow. Whilst having a drink we racked up around 20 species, including a Red Kite circling up with some Buzzards. The highlight was a presumably migrant Reed Warbler seen in the Hawthorn hedge. The plan was to eat at the Dun Cow because of the marshland views, but it was still a bit early so we stopped off at the Three Swallows. A large group of House Martins were visible over the marshes, along with a few Swallows (some sort of pub-birding gold star here for seeing a species from a pub of the same name). Sparrowhawk, Carrion Crow, Coal Tit and Cormorant were also new here. 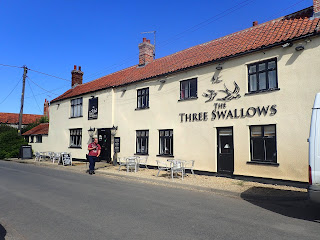 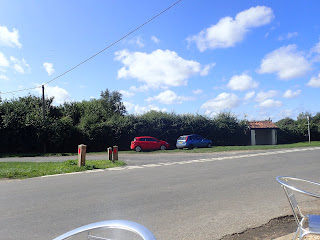 Moving on to the Dun Cow, seeing a Small Heath butterfly on the green, we got drinks and did an initial scan, picking up Mute Swan, Rook, Grey Heron etc. Looking back towards Cley we picked up Teal and Avocets in flight too. After looking at the menu we decided to head to Sheringham for some more basic food (I'm sure the food is still very nice, but it looked a bit posh for us. The website states that the aim is to be a pub that serves good food rather than a restaurant with a bar, but how many pubs offer Lobster Thermidor as an option?) The main reason we couldn't order though was the inclusion of Spam on the menu, making it impossible to actually say what we wanted (spam, spam, halloumi chips and spam...*) 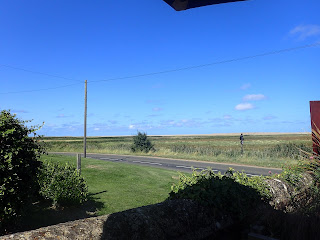 Arriving in a rather busy Sheringham, we located ouselves at the Two Lifeboats where we had some bowls of topped chips and scanned out to sea. Jim picked out three Gannets moving east, then a Sandwich Tern flew west. A small flock of Ringed Plovers flew east, a new pub species for me.

After lunch we decided to call in at the Gunton Arms on the way back. This lovely country pub set just inside Gunton Park afforded lovely views, including of the Red and Fallow Deer herds kept in the park, but failed to turn up the hoped for Nuthatch, Green Woodpecker, Mistle Thrush etc. We did add a few commoner birds to the daylist. A lacebug that landed on me turned out to be Physatocheila dumetorum, a new species for me. 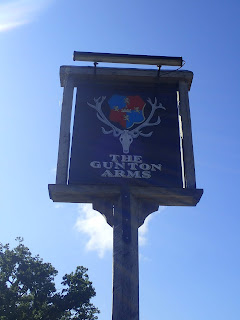 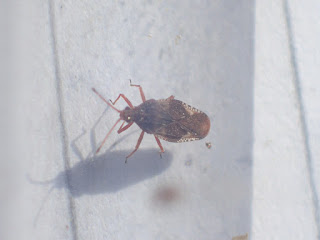 I finished the day with a pub list of 42 - although some of the others had heard an extra species or two.


* If you don't understand this reference, please go and watch the entire Monty Python back catalogue
Posted by James Emerson