September is often a quiet month for wildfowl, as the aggregations of local species move away after their summer moult and the wintering birds are yet to arrive. A couple of House Martins flew over to signify the end of summer, and the 'hweeting' Chiffchaffs were a sign of autumn. A Green Sandpiper flew low over the broad into the conservation area.


Comparing against last year the differences in swans, geese and Mallard can probably be explained by birds on the river at Thorpe River Green. There does however seem to be a reasonable increase in both Coot and Cormorant numbers from the 2017 figures.

The insect highlight of my walk was the hoverfly Epistrophe grossulariae, a new Whitlingham species albeit a common one that will have just been overlooked. 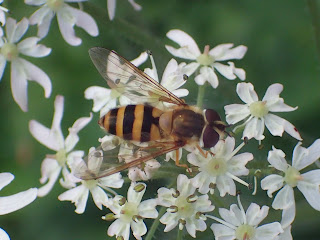 I was almost back to the car park when I met Anne, Neil, Steve & Gill from the Norfolk Fungus Study Group. Back in 2009 Michelle Hoare had found the nationally rare fungus Allopsalliota geesterani at Whitlingham, but it had taken me until last year to refind it (see here). It was fruiting again this year and Anne had informed the group, some of whom were keen to see it. Nearby we also noticed Pavement Mushroom (Agaricus bitorquis) and Giant Puffball (Calvatia gigantea), whilst a Stubble Rosegill (Volvopluteus gloiocephalus) was a new species for my patch fungi list. 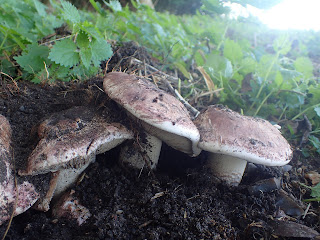 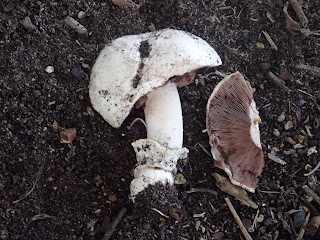 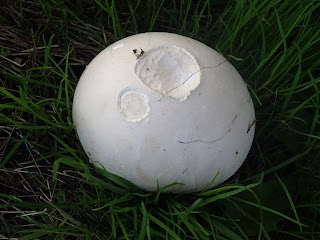 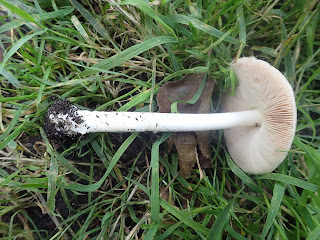 The final sighting of note was of one of the Ruby-tailed Wasps, probably Chrysis ignita agg. 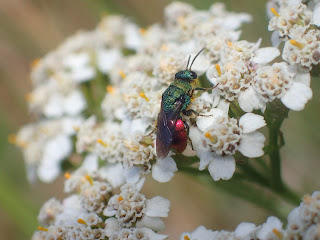