There are some rather common early spring, autumn and winter moths that I've never seen, mainly because all of my garden moth trapping has taken place in small urban gardens where there is a noticeable drop off in species caught outside of May-August. I was therefore pleased to see that a Norfolk Moth Survey event was taking place in September at High Ash Farm, just south of Norwich. I hoped to see any of the Sallows, having previously only seen Barred Sallow, and more speculatively Convulvulous Hawk Moth, which has so far failed to show up on my specially-planted Nicotiana plants.

The weather forecast was for some light drizzle, which might have deterred some attendees, but we did end up with two generators and four traps, which were spread out along the woodland edge. One of the traps was under a big Ash tree, and being the foodplant of Centre-barred Sallow it was pleasing to see one almost straight away. In fact over the course of the evening I probably saw about 20! By the time I left around 40 species of adult moth had been recorded, of which Tufted Button (Acleris cristana) was another new one. 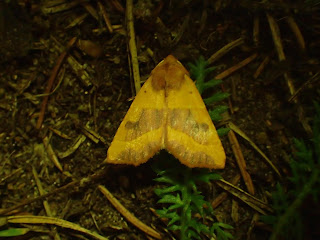 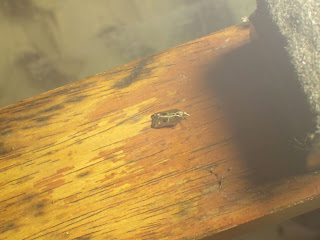 There wasn't much time for looking around before the traps were set up, but we did see a Hummingbird Hawkmoth caterpillar, feeding signs of Elm Zigzag Sawfly, the leaf mine of Sloe Midget (Phyllonorycter spinicolella) and Stewart pointed out a mildew on Duke of Argyll's Teaplant, Arthrocladiella mougeotii that is probably very common but goes unrecorded. Thanks to Ken and the rest of the group for an interesting evening - hopefully I can get to a few more moth survey events in 2019. 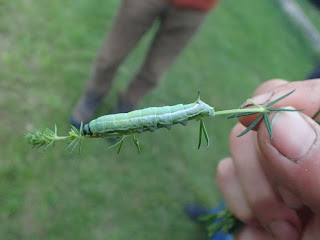 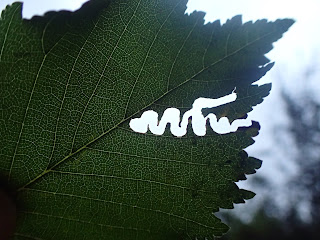 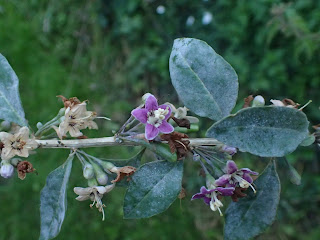