As the daylight hours increase I've seen a few more bits and bobs, mostly before or after work. A female Blackcap in my inlaws garden in south Norwich was my first of the year and has apparently been seen for around a week or so. A Sparrowhawk flew through the garden one morning, whilst other species seen on my walk into work include Grey Wagtail near New Mills, a Buzzard over Barn Road and a Greylag Goose over Penn Grove.

In terms of smaller species I noted a leaf mine on a Polypody Fern. Finding a large clump of sporangia underneath I knew it would be one of the Psychoides moths, and after examining the larva I was able to identify it as Fern Smut, Psychoides filicivora. I also saw a Pyrocantha bush covered in the mines of Firethorn Leaf Miner, Phyllonorycter leucographella. 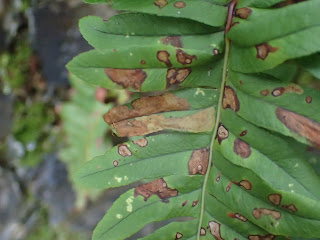 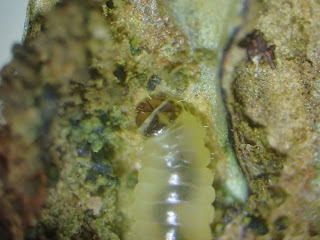 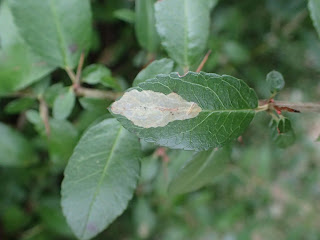 Finally on my way home on 15th Feb I once again saw the Otter, this time further west level with Wensum Park. I was able to watch it for a while as it swam and dived along the middle of the channel. 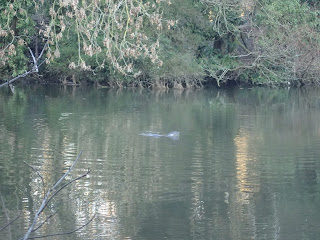