As I was busy on Sunday the monthly WeBS count had to be done on Saturday morning. I tend to get an impression about what the visit will be like in the first five minutes or so. January had been a lovely crisp, frosty morning with few people about. Today was a murky overcast day with a dog called D'Arcy being shouted at repeatedly for several minutes. The park ride people were setting up, as were the model yachters, and a Sergeant Major-type was yelling at some runners presumably on a boot camp experience session along the lane. I ruefully thought back to a recent blog from Joe Harkness, another local birder and WeBS counter, who is considering leaving his patch now that a second birder has access - I suppose the difference is I knew what I was letting myself in for by patching a busy public site.

I had rather optimistically hoped that I might finally see my 150th patch bird - either some flyover wild swans or a Long-tailed Duck (one had been seen briefly at Thorpe the previous weekend) but bird numbers were lower than usual for the time of year and I didn't see any flyovers of note. A drake Wigeon was the best of the birds on the broad, whilst several Song Thrushes were in good voice, as were Cetti's Warblers (4 heard and a further one seen briefly). 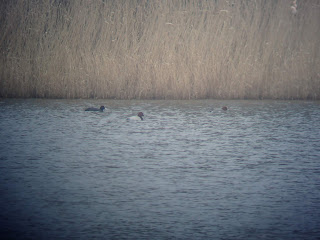 The weather wasn't particularly conducive to insects, but I did find a new patch moth by checking a Typha seedhead with a puffy-looking seedmass - this is caused by the larvae of the Bulrush Cosmet (Limnaecia phragmitella), and I found several larvae living inside. A less spectacular but equally welcome find was a pupating agromyzid, Melanagromyza eupatorii, in an old Hemp Agrimony stem. Some Alder Goblet fungi (Ciboria caucus) was also nice to see, found on some old Alder catkins. 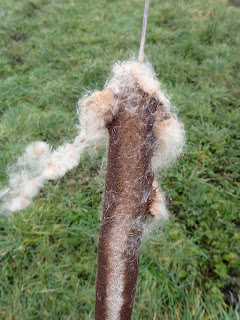 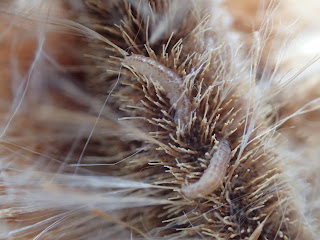 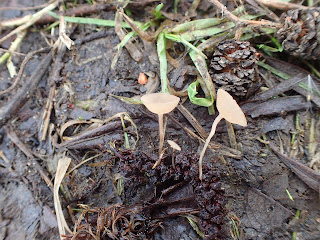