MINSMERE: A bit of bird and bug watching

For Cathy's birthday we went on a family trip to Minsmere, chosen because we don't visit very often and it has a good cafe and reasonably surfaced paths. The car park was almost completely full (a rare bird turning up would have been complete carnage), but we managed to find somewhere to park and had lunch before setting off. Despite not going in any of the hides there were quite a few new species for the year seen from the path, including Barnacle Geese, Ringed Plover, Curlew and Dunlin. The highlight was when a flock of 10 Goosander flew low overhead, followed shortly after by another 5. I've never seen that many together before, and not at that angle either!

I checked for any moths resting around the visitors centre, and instead found a Western Conifer Seed Bug. I did then find a moth that would have probably been a new one for me as I've hardly seen any early spring species, however it had met its end in a spiders web. We stopped for a final look at the common birds showing well on the feeders before heading home. 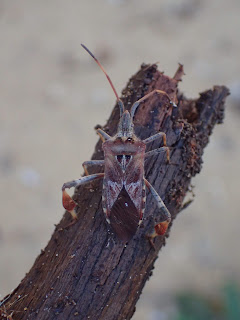 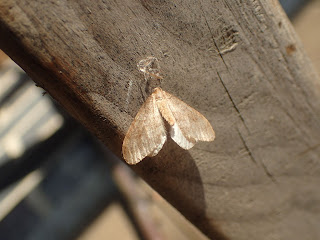 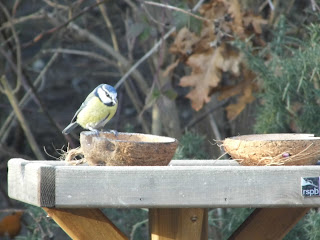