Adam & I met up in North Walsham for a look around a few sites in East Norfolk. We started by heading for a lake that sometimes attracts Ospreys on passage - no luck this time but we did see a pair of Marsh Harriers. The winds had been stifling the arrival of migrants, and a walk along the dune scub at Waxham turned up nothing better than a Blackcap, although we did see the two Ring Ouzels that had been present in that area for a while. Good views of a Roe Deer were the highlight of the visit. 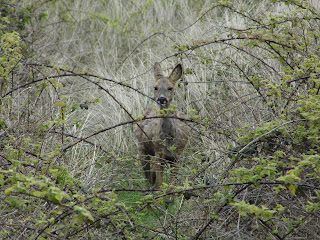 Neither of us had seen a Hoopoe for several years, so we decided to head to Winterton, stopping briefly on the Horsey straight to see the Tundra Bean Goose and Great White Egret. At Winterton we walked quite a way down the south dunes, seeing only a pair of Stonechat and some Skylarks, before hearing that the Hoopoe had last been seen near the toilet block. Deciding to check the north dunes we were on the verge of giving up when someone gave us a thumbs up and pointed in the direction they had come from. A few more minutes searching and we located the Hoopoe, which showed well until accidentally flushed by some walkers. 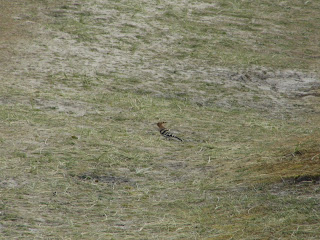 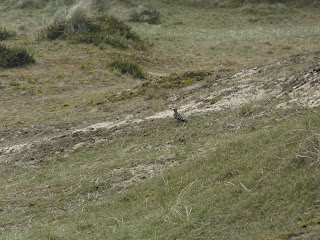 On the way back we called in at a site that used to hold Lesser-spotted Woodpeckers on the off-chance, but there was no sign of any, albeit by then it was mid afternoon so this wasn't a surprise.
Posted by James Emerson