I hadn't attended the first two Norfolk fungus study group meetings of the year, and there was briefly a worry over this one as the site, Southrepps Common, changed hands shortly before we were due to visit. Thankfully the Norfolk Wildlife Trust who now manage the common were happy for us to visit and so the foray went ahead. Spring forays usually don't turn up many of the larger gilled fungi, but through a combination of fungi growing on wood and plant fungi we compiled a list of around 100 species, which was excellent (I only saw about 70 of those as the group spread out and various people took specimens home to determine). 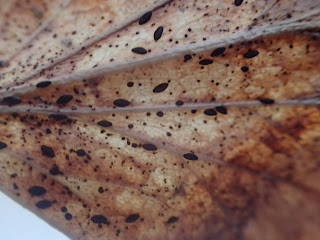 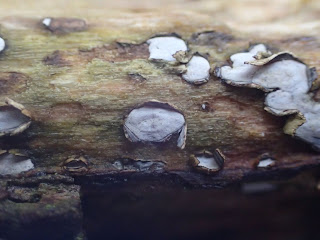 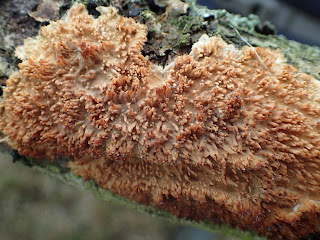 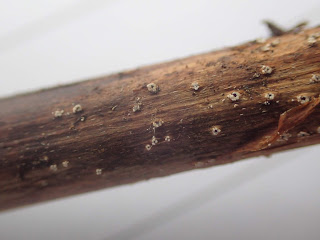 There wasn't too much about in the way of insects, but with a bit of hunting we did find some intersting bits and bobs. Hoverflies are one of my favourite invertebrate families, so Cheilosia albipila, a species associated with Marsh Thistles, was the highlight, followed by the beetle Notiophilus biguttatus and stem mines in Broom caused by the moth Leucoptera spartifoliella. After lunch we cheched out the dry woods of School Common, adding a few more species and flushing a Woodcock. 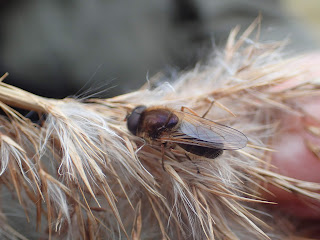 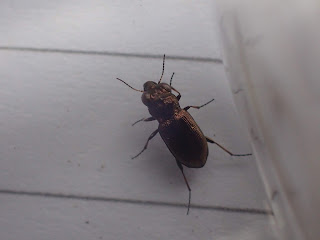 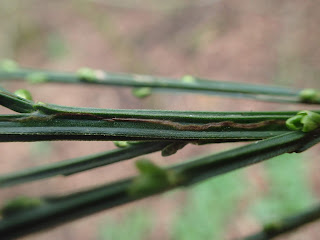