A walk around the garden turned up two new species for me, including one that was new to Norfolk. Firstly whilst looking for hoverflies on the Mahonia growing up against our wall, I noticed there were some red spots on the leaves. Looking underneath I saw that this was a rust fungus, and a quick check identified it as Mahonia Rust, Cumminsiella mirabilissima. 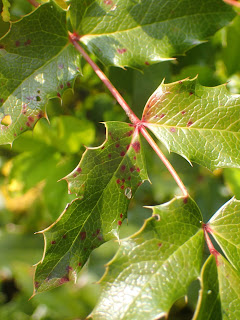 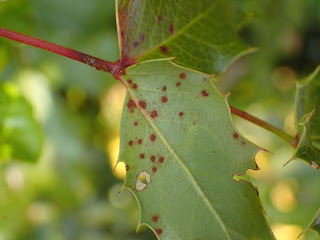 Looking in a patch of buttercup leaves nearby I noticed a leaf mine that appeared to be going into the midrib. Buttercups have several fly mines, including Phytomyza ranunculi which is probably the second commonest Agromyzid mine after Phytomyza ilicis in Holly, but none of the common ones go to the midrib. My suspicion was confirmed by Barry Warrington, this was Phytomyza stolonigena, which has no previous Norfolk records in the recording scheme database. 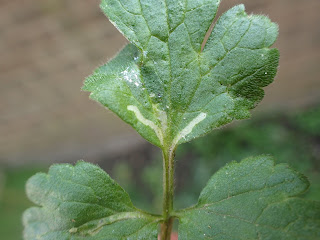 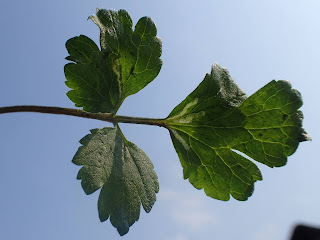