At the weekend we popped round to Jeremy and Vanna's garden to pick up a bit of frogspawn for our pond. The garden has an excellent range of planting for wildlife and I usually see something new each time I visit, and this was no exception. In the back the main attraction was an oddly-shaped leafhopper called Asiraca clavicornis, which looks like a sort of tiny lobster/leaf insect hybrid. 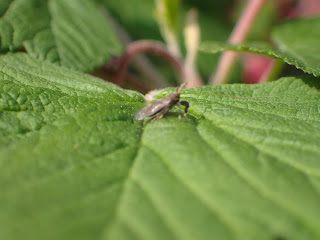 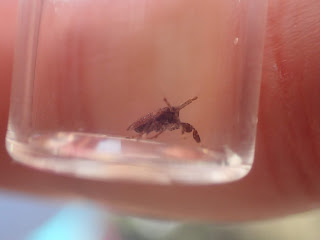 Other more common species included quite a few Gorse Shieldbugs and some Dock Bugs. This latter species was to prove my undoing, because as we had a look around the front, Cathy found a pale brown Coreid bug and I dismissed it as a young Dock Bug, only for Vanna to see it and point out that it was in fact Rhombic Leatherbug, a species I've never seen before! Once she had pointed it out the the shape and upwards tilting edges were obvious, but how many times might I have lazily overlooked this previously (although thinking about it perhaps not as I tend to photograph at least the first one I see each day to verification of iRecord and they have all been Dock Bugs). Anyway, thanks to Cathy and Vanna for that. Slender-horned Leatherbug is the next one on my list (although I've also not seen Dalman's, Cryptic and Boat Bugs either). A Forget-me-mot Shieldbug was a nice bonus too. 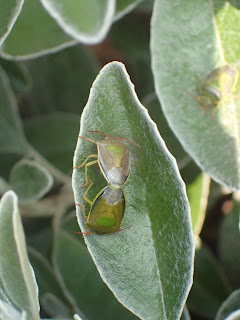 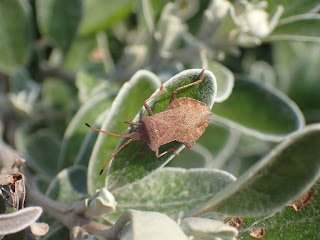 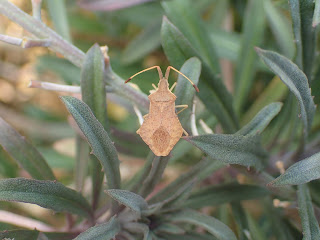 Not a Dock Bug! Rhombic Leatherbug 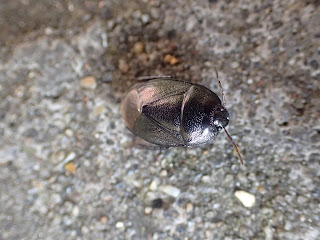 There was still time for a few other bits - Sage Leafhopper and the stiltbug Berytinus signoreti were both new, as would a Brown Lacewing sp had I been able to identify it to species. Thanks as always to Jeremy and Vanna for their hospitality. 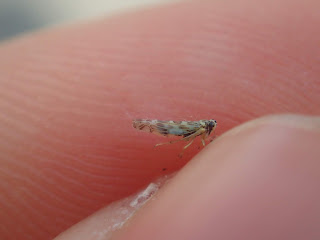 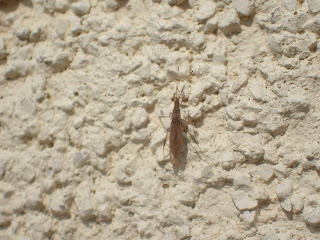 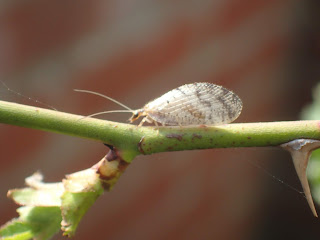