Having contemplated what ancient woodlands fairly near Norwich were buggy friendly, I suggested that we go a bit further afield to Bradfield Woods. This site, managed by Suffolk Wildlife Trust, is a national nature reserve that has apparently been coppiced continuously since 1252 and is rich in wildlife. I'd never visited before, and as a bonus it holds a good population of Oxlips.

We arrived around lunchtime so started with a picnic near the visitors centre, before heading off around the black trail. There was a good range of flora right from the car park, including things like Wood Anemone and Wood Spurge. We hadn't gone very far when Cathy found our first Oxlips (a new species for me), and we ended up seeing loads of them. Further alongs were some Early Purple Orchids, but they were in bud rather than open flower. 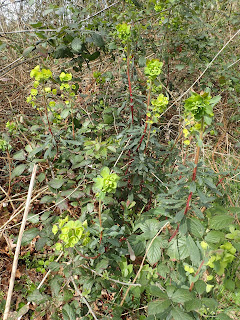 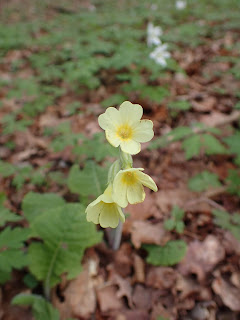 It was an overcast day so not great for insects, but I did see a few hoverflies flying around, along with some tachinids. Getting a closer look I assumed that it would be Tachina ursina, however it had some yellowy-orange areas on the side of the tergites which that species doesn't have. In fact it was Tachina lurida, a species that when I checked with the county recorder turned out to be new to Suffolk. Phasia hemiptera, another tachinid, was also seen. Bradfield was a lovely place, and given that we probably only explored about a third of the woods is somewhere we might well return to in the future. 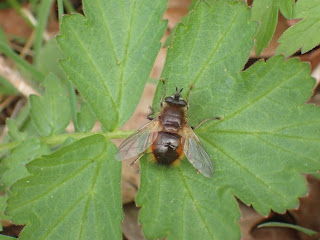 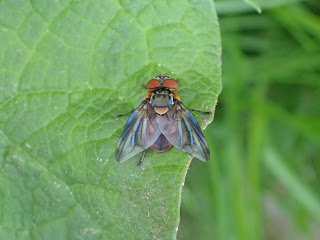