The March WeBS count is always one with a hint of optimism, particularly if it happens late in the month, because pretty much anything could turn up in terms of early migrant species or things moving back to the continent. it also marks the start of the Garganey season, where I attempt to see what used to be a regular species here for the first time. A White-tailed Eagle was also touring Norfolk so add an extra incentive to keep looking up.

In terms of waterbirds the count was rather quiet:

And actually it was quite quiet elsewhere. Chiffchaffs were calling, and an inspection of some gardens along Whitlingham Lane looking for a House Sparrow seen recently by Gary at least turned up a nice singing Coal Tit, not a species I see too regularly here for some reason. Greenfinch, Green Woodpecker and Pheasants were also seen nearby.

Of the non avian stuff, I checked a Burdock seedhead and was rewarded with the larva of the moth Metzneria lapella, whilst the sawfly Aglaostigma acupariae was a new one for the site and will need adding to my Whitlingham Sawflies guide. A small colony of Andrena bicolor were feeding on Lesser Celandines but very little was on the Sallow catkins. Dark-edged Bee-flies and Hairy-footed Flower Bees were also noted. A Small Tortoiseshell was belatedly my first butterfly of the year. 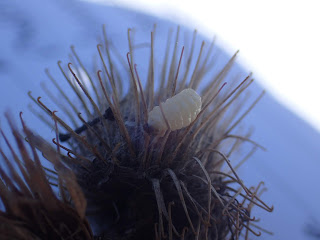 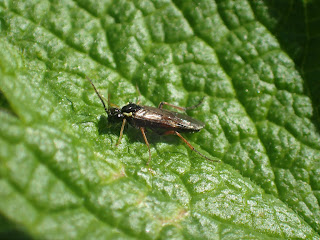 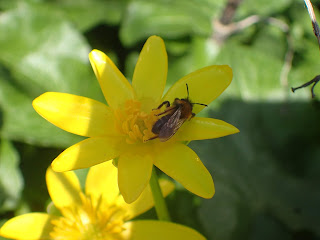