I'd not attended the summer Fungus Study Group forays due to other commitments, but was keen to go to this one at Catfield Hall Fen, a private area of the Ant Marshes managed sensitively for wildlife. The site had been the focus of a period of intensive recording by the Norfolk & Norwich Naturalists' Society, culminating in an occasional publication that was sent out to members in 2008.

Andy Beaument was our guide, having visited the site regularly, and we went on a loop taking in a range of habitats. In total I saw around 20 new species, many of them plant fungi as a result of the expertise of Stewart and Chris. There were three new agarics, Russula faginea (one of the species with a smell of crab), the small white Delicata integrella and Bog Waxcap (Hygrocybe coccineocrenata). Stewart pointed out cases of the Eyelet Sober moth (Thiotricha subocellea) on Water Mint, and we found an Otter in the river that borders the site. 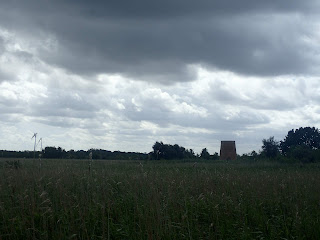 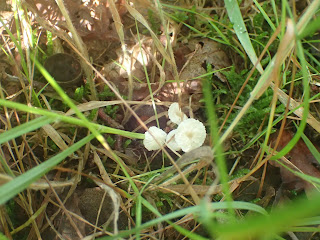 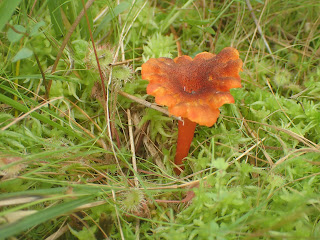 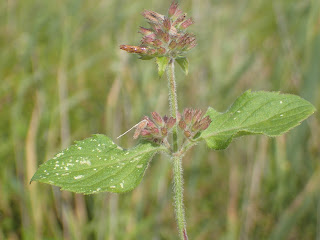