A fairly brief mid-summer visit to Whitlingham was livened up almost straight away when I found a Barnacle Goose on the slipway. It was unringed but not particularly wary - I would assume it's from one of the feral populations that now breed in East Anglia, for example the free-flying colony at Pensthorpe. 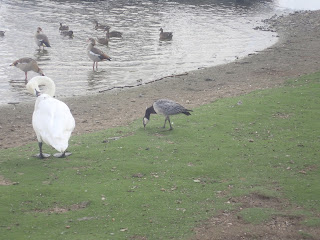 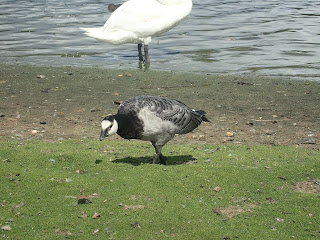 A walk along the south shore of the Great Broad resulted in a number of new patch species, some of which were particularly interesting. These included a Buff-tip caterpillar, leaf mine of the sawfly Metallus lanceolatus in Wood Avens, Nomada rufipes, a leaf mine in birch caused by the weevil Orchestes rusci (note that this is quite similar to the moth mine from Hoe in the previous post) and the leaf mine of Stigmella catharticella in Buckthorn. 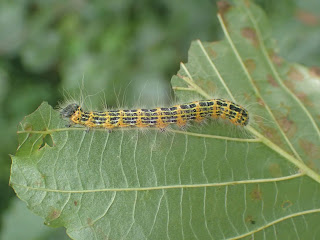 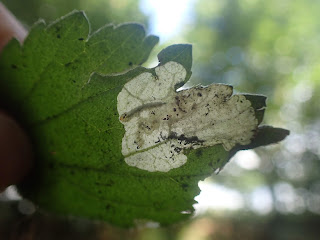 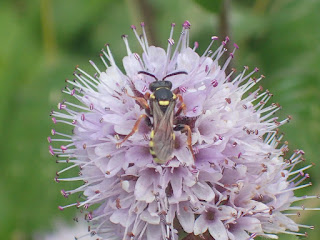 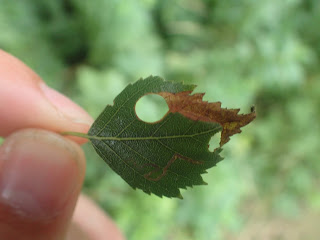 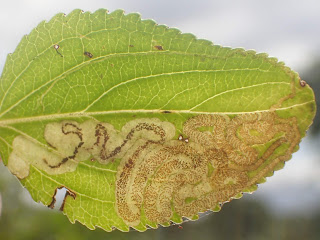