The first Norfolk Fungus Study Group foray of the autumn was held at the picturesque surroundings of Heydon Hall, and upon arrival the Lady of the house very kindly invited us in for a pre-walk coffee. Part of the estate is open to the public, but we had been allowed to look around some of the private areas too. 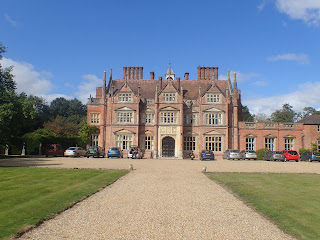 As with the Catfield foray last month, we built up a good list but with quite a lot of plant fungi and relatively few agarics. Some of the new species for me were Conocybe emiglobata, Psathyrella pseudogracilis and Resinomycena saccharifa, whilst Stewart pointed out that the white tips to Creeping Thistle that I've seen quite frequently are caused by a fungus called Phoma macrostoma. We stopped for lunch under a large and photogenic old Sweet Chestnut tree. 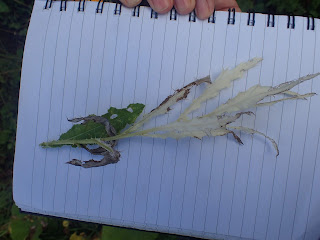 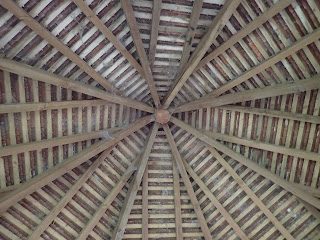 The roof of a restored former sheep shed 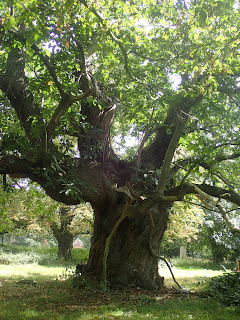 The afternoon carried on in a similar vein, with Peniophora laeta on Hornbeam the highlight. We also saw some cups on Sweet Chestnut cases. The scientific name for these is Lanzia echinophila, although some wag has managed to get the official vernacular name for this species to be Hairy Nuts Disco. Laugh? I thought I'd never start. 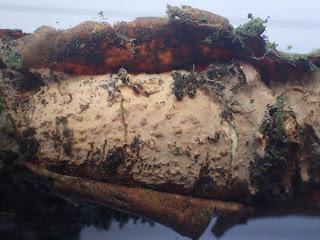 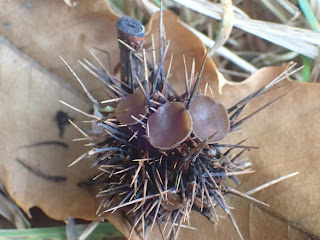 There weren't too many interesting insects seen, although Chrysoesthia drurella mines on Fat Hen are always nice to see and Stewart pointed out a cone on Sycamore caused by Caloptila rufipennella and two Beech leaves stuck together by Strophedra weirana. I saw the green spider Diae dorsata, and we saw three Hobbies flying over. Despite the lack of large fungi (unsurprising in the dry conditions) we had a lovely day in idyllic surroundings, finishing with views of the church as we walked back. 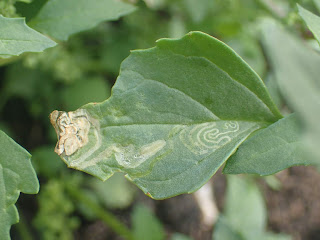 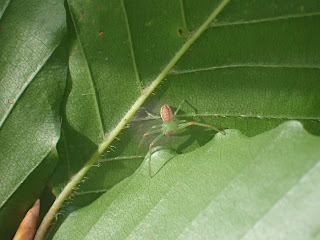 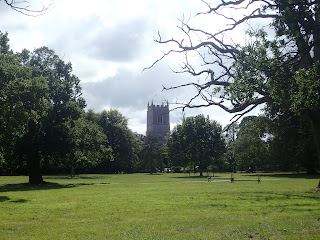